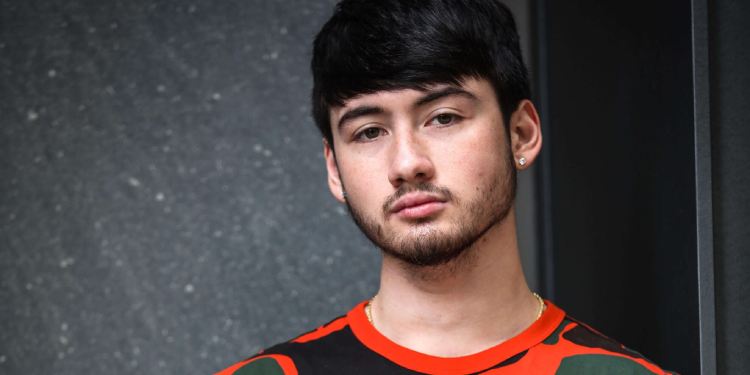 Noah Boat is an American YouTuber. He is famous in the entertainment industry for his YouTube channel, ‘loveliveserve.’ He is one of the founding members of the channel, and he also does the editing and directing of the videos for the channel. In addition, he works with his partner Ryan Burton for the channel. Please stick with us to know more about his channel and his works.

Boat’s actual name is Noah Taitano. He was born on 16 September 1997 in Washington, D.C., the United States of America. Unfortunately, he has not provided much information about his parents’ identities. But we do know that he grew up alongside two sisters. He has an elder sister, and her name is Anna Taitano. Likewise, he also has a younger sister, and her name is Amy Taitano. Besides this, he is currently 23 years old with the zodiac sign of Virgo.

Noah holds an American nationality, and he belongs to the white ethnicity. Besides this, he has not talked about his ancestry details at the moment. Likewise, he has also kept his religious views and beliefs behind the curtains.

Noah Boat has not shared anything about his exact height, weight, and body measurements at the moment. However, judging from his looks, we can tell that he has a slim and fit body figure. Additionally, he has brown eyes and brown hair.

Talking about his high schooling years, Noah studied at the North Point High School. He graduated from the institution in the year 2015. For further education, he studied at Drexel University. He enrolled at the university as a film student.

Noah is most possibly single and not in a relationship with anyone. Likewise, he has also not talked much about his past relationships. Because of this reason, we are also unable to determine if he was always single in the past or if he ever hooked up with someone. Additionally, he has not yet married anyone, nor has he ever had children.

Noah is a very active YouTuber by profession. He collaborated with his good friend Ryan Burton to work on their joint YouTube channel, ‘loveliveserve.’ The two began their channel back in 2010 but were just active as viewers. But then, they started uploading videos a year later, in 2011. Before this, Noah used to capture himself on a webcam through his laptop. Then, he slowly progressed onto using a camcorder to record himself. Moreover, he also used to take a lot of videos for his high school.

One of his most precious videos was the Pep Rally’s video during his high schooling days. He named the video ‘BEST DAY 3VER,’ featuring him with his high school friends. He began off with the trends back in the day. He made a lot of parodies in the year 2013. He then slowly began making prank videos and rapping videos as well.

However, his channel started kicking in when he and Ryan began working on their production skills. They began making well-directed parody videos and pranks with good editing. They even began uploading their songs like ‘Feel This Good,’ featuring another artist called Geuice. Their videos began garnering a lot of attention as well as fans. They hit their 1 million subscriber mark back on 13 November 2017, and it has been increasing ever since. They currently have over 7 million subscribers on their channel, and they get an outstanding amount of likes on their videos.

Noah is the receiver of the Silver and the Golden Play Button Awards from YouTube. He received these prestigious awards for surpassing 100,000 and 1 million subscribers respectively on his YouTube channel alongside his friend and partner, Ryan Burton.

Net Worth and Merchs

Noah earns from his professional career as a YouTuber. In addition to this, he also has his official merchandise for sale. Fans can purchase his merch from the site, Red Bubble. Additionally, he has a lot of t-shirts and stickers on sale on the site. He is estimated to have a net worth of around $3 million as of 2021.

Noah is active on social media platforms. His official Instagram account (@noahboat_) has over 1 million followers. Likewise, his official Twitter account (@noahboat_) has well over 37 thousand followers. Moreover, he has over 2.2 thousand followers with over 2.1 thousand likes on his Facebook page (@noahsboatofficial). Furthermore, his joint channel on the YouTube channel (loveliveserve) has over 7.28 million subscribers.