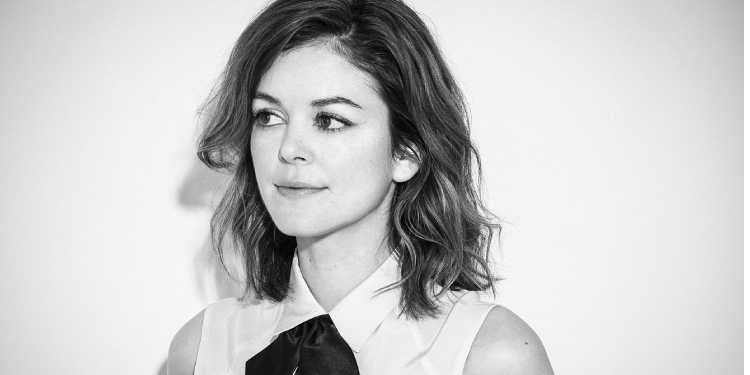 Nora Zehetner is an American actress. She is well-known for portraying the recurring role of Doctor Reed Adamson in the American medical drama television series ‘Grey’s Anatomy.’ She is also immensely popular for appearing as Eden McCain in the American superhero drama television series ‘Heroes.’ Another of her most memorable roles came in 2018. She played the role of Valeria Poriskova in the series ‘Designated Survivor.’

Nora Zehetner‘s full name is Nora Angela Zehetner. She was born on 5 February 1981 in El Paso, Texas, the United States of America. Her mother’s name is Nancy Lynne Nelson, and her father’s name is John Carol Zehetner. She has not shared any information about her siblings, so she was probably raised as a single child in Dallas. Besides this, she is currently 40 years old with the zodiac sign of Aquarius.

Nora Zehetner holds an American nationality, and she belongs to white ethnicity. However, she has not revealed any information about her ancestry and her religious views and practices.

Nora Zehetner stands at the height of 5 feet and 5 inches (1.65m/165cm) tall, and she weighs around 55kg (121lbs). She has an hourglass-shaped body figure with a body measurement of 35-26-37 inches, respectively. In addition to this, she has a pair of beautiful dark brown colored eyes with dark brown colored hair.

Nora Zehetner studied and completed her high schooling at McKinney High School. After completing high school, she studied for a year at the Texas Academy of Mathematics and Science. For further studies, she studied at the University of North Texas. She always showed interest in Science and Mathematics since a young age.

Nora Zehetner gave her debut performance in the entertainment industry in the year 2000. She played a minor role of a girl in the hallway for an episode of the American comedy-drama television series ‘Gilmore Girls.’ Following this role, she played the role of Peg in the 2001 American movie ‘Tart.’

Likewise, she is also well-known for her small role in the sex comedy movie ‘American Pie 2‘. Another one of her most notable roles came when she appeared as Laura Dannon in the mystery movie ‘Brick‘ and as Khloe Sedgwick for an episode of the drama television series, ‘Grimm.’ Besides these roles, she has also appeared with the recurring role of Jen in the 2013 comedy television series ‘Maron.’

Besides her professional acting career, Nora Zehetner has also appeared on numerous music videos. She appeared in Ours’ ‘Quand Nina est sale in 2008 and Matthew Dear’s ‘Her Fantasy‘ in 2012.

You might want to check out Freda Foh Shen.

Nora Zehetner has won the SeriesFest Awards’ Jury Prize for her impressive performance in the 2020 short movie, ‘Freeze.’ She played the role of Joy in the film mentioned above.

Nora Zehetner earns from her professional career as an actress. She performs her role impressively, and she has received mostly positive reviews for her roles. As of 2021, she has an estimated net worth of around $2 million to approximately $3 million.