Octavia Spencer is an American actress, author, and producer. In 2011, her role as Minerva "Minny" Jackson in the movie The Help won her an Academy Award for Best Supporting Actress.

Octavia Lenora Spencer, famous as Octavia Spencer, is an American actress, producer, and author. She has cemented her name as one of the best in these recent years with several accolades, like an Academy Award, Golden Globe Award, and many other awards and nominations. She is famous for her work in movies like The Help, The Shape of Water, Gifted. Octavia also works in TV shows and sitcoms. The American started her film career with A Time to Kill.

Born on May 25, 1970, Octavia Spencer was the second youngest of seven children. She was born in Montgomery, Alabama. Her father died when she was thirteen and her mother, Dellsena Spencer, worked as a maid. Dellsensa died in 1988. Spencer was interested in acting but was too afraid to take it as a career. She completed her high school at Jefferson Davis High School and later joined Auburn University located at Montgomery and graduated with a degree in English and a double minor in Journalism and Theater. Octavia started her career by acting a small part in movies filmed in her native Alabama after her mother encouraged her. 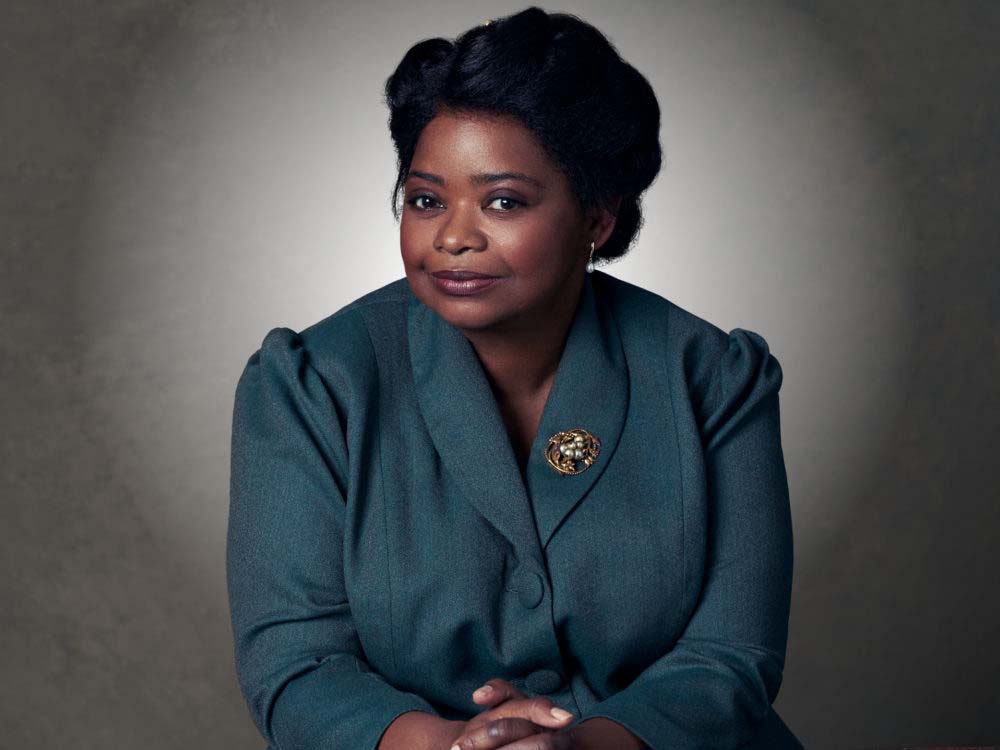 In 1996, Octavia Spencer worked as an intern in the movie ‘The Long Walk Home.’ Spencer’s first step in the film world was in a crime drama movie ‘A Time to Kill,’ where she was cast as a nurse. On the film set, she met ‘Tate Taylor’ and became good friends who later would star her in the movie she directed ‘The Help’ in 2011. In 1997, Spencer moved to Los Angeles because Tate suggested her to move to LA for better acting opportunities. There she got roles in the movies ‘The Sixth Man,’ ‘Being John Malkovich,’ ‘Never Been Kissed,’ ‘Everything Put Together,’ ‘Legally Blonde 2’, ‘American Virgin,’ ‘S.W.A.T,’ ‘Bad Santa’ and many other movies till 2003.

Octavia Spencer had also appeared in many TV series like ‘City of angles,’ ‘The Chronicles,’ ‘Titus,’ etc. By the year 2003. The same year she made her stage debut in the play ‘The Trials and Tribulations of a Trailer Trash Housewife.’ The actress was becoming well known to the audiences and media by the time she appeared in many films and TV shows. Spencer was cast in the movies ‘Pulse’ (2006), ‘The Nines (2007), ‘Seven Pounds’ (2008). Her role as ‘Kate’ in the film ‘Seven Pounds’ got great attention and love from the audience and media. The comedy actress worked in the movies ‘Halloween II’, ‘Herpes Boy,’ ‘Love at First Hiccup’ in 2009.

In 2010, she began working in the film ‘The Help’ directed by her friend ‘Tate Taylor’ whom she met back in 1996. ‘The Help,’ which was released in 2011, was a huge success. The critics and audiences widely praised Octavia Spencer’s role as ‘Minny Jackson’ in the movie. Her role got awards for ‘Best Supporting role’ by ‘2012 Golden Globe Awards’ and ‘BAFTA.’ On 26th February, she got shredded in tears as she won her first-ever Oscars for a best supporting role in the movie ‘The Help.’ In 2013, she was cast in movies ‘Percy Jackson: Sea of Monsters’, ‘Paradise,’ ‘Fruitvale Station’ and ‘Snowpiercer.’ ‘Snowpiercer’ was a great Sci-Fi movie and a huge hit. 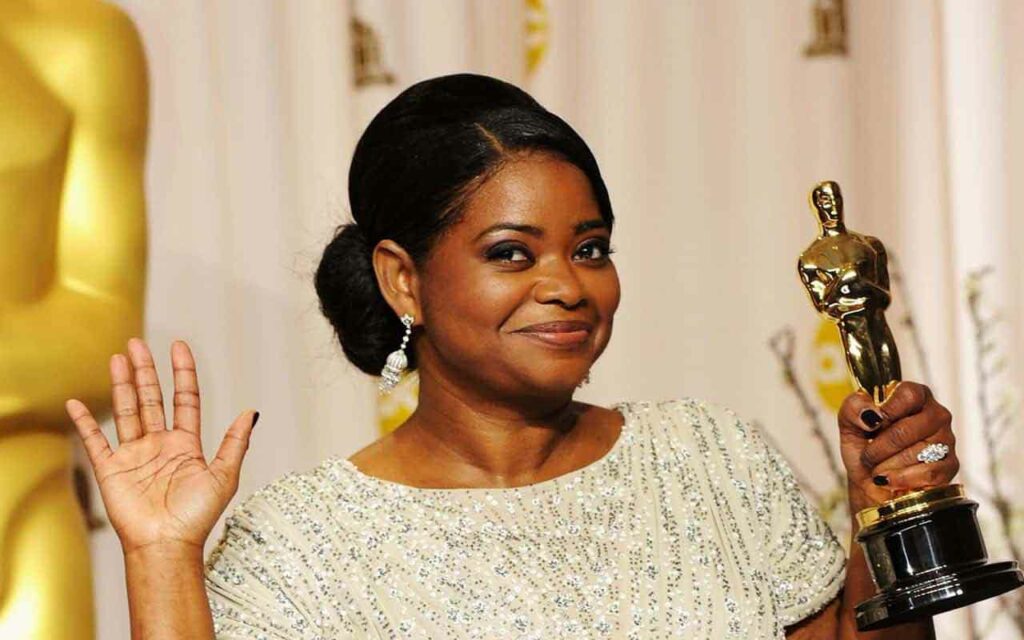 Octavia Spencer starred in the movie ‘Hidden Figures’ in 2016, portraying the role of mathematician ‘Dorothy Vaughan.’ Her role in the film bought her another ‘Golden Globe Award’ and ‘Screen Actors Guild Award.’ She has also nominated for the second time in the ‘Academy Awards’ winning in the first nomination for the film ‘The Help.’ 2017 bought her another success with the film ‘The Shape of Water’, where she co-starred with the actress ‘Sally Hawkins.’ The film was a considerable success claiming many awards. Her role in the movie gave Spencer her third ‘Academy Award’ nomination for ‘Best Supporting Actress.’

In 2018, she starred in the drama film ‘A Kid Like Jake’ and thriller film ‘Ma.’ Spencer starred and executive produced the drama series, ‘Truth Be Told,’ in 2019. Octavia starred and produced a Netflix series ‘Self Made.’ Currently, Spencer is working in a comedy horror film ‘The Witches.’

Octavia Spencer has reached such heights in the film industry, which most people can only dream of, but despite having such fame and money, her relationship has always been troubled.  Spencer is not married even at the age of 50. She was rumored to have been associated with actor Josh Hopkins, but Octavia denied the rumor stating that they are just close friends. She was also associated with Tate Taylor. The American actress is comfortable and happy in her current state and has indicated that she is not in a hurry to be with someone and have children or family anytime soon. 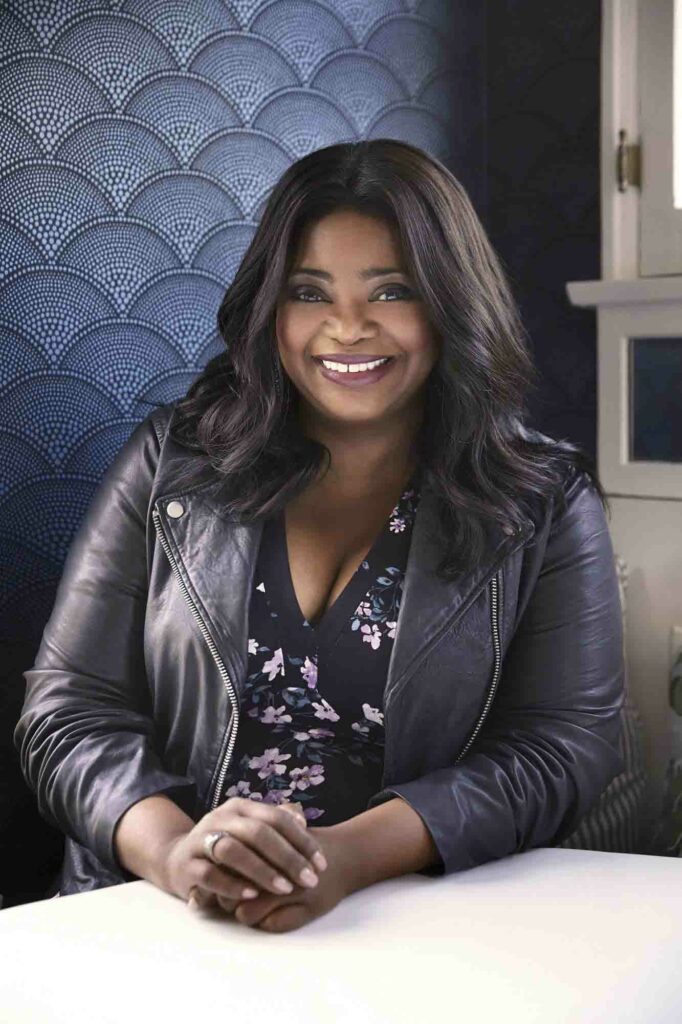 Born on May 25, 1970, Octavia Spencer is 50 years old (at writing). She was born in Alabama, the United States, so she is an American. Octavia belongs to the black race. The American is 5 ft 2 inches tall that is 1.57 meters and 157 centimeters tall. She weighs about 68 kg (150 lbs.). Octavia was heavier in her past, but she lost around 50 lbs. with the gastric bypass procedure. Octavia has a dark complexion with brown eyes and black hair. Her Zodiac sign is Gemini. Spencer’s body measurement is 37-27-35 inches.

Octavia Spencer is a successful actress who has named herself one of Hollywood’s most talented actresses. She has worked in many blockbuster films and has earned money from it. Olivia makes a lot of money from movies and TV shows. At the time of writing, her net worth is estimated to be 12 million US dollars.