Odessa Young is an Australian actress. She is known for her role as Hedvig Finch in the movie The Daughter; the role earned her an AACTA Award for Best Actress in a Leading Role.

Odessa Young is a 22 years old Australian actress who is considered one of the brightest and most talented young actresses in the world. One of the most appreciated works of Odessa Young is the 2015 film The Daughter, which helped her win the AACTA Award for the Best Actress in a Leading Role. She has worked on many movies like Looking for Grace, A million Little pieces and has also worked on TV series like Tricky Business, Wonderland, Tokyo Voice, and Street Lights.

The daughter of Adam Young and Rachel Young, Odessa Young, was born on 11th January 1998. She was born in Sydney, Australia. She has a sister who is named Sylvie Young. She was interested in acting from a young age. Adam Young was a musician, and Odessa’s mother, Rachel Young, was a writer, but due to their issue, they split up and are legally divorced now. Her mother then married another person who is Andrew Hunter. From an early age of 11, she started getting serious about acting.

She started her television career with My Place, where she played as Alexandra Owen. She went on to act on many TV shows after that. But after starting to work in movies, she was unable to balance her studies and career, but her parents realized her passion for acting, so they supported her, and she quit school. 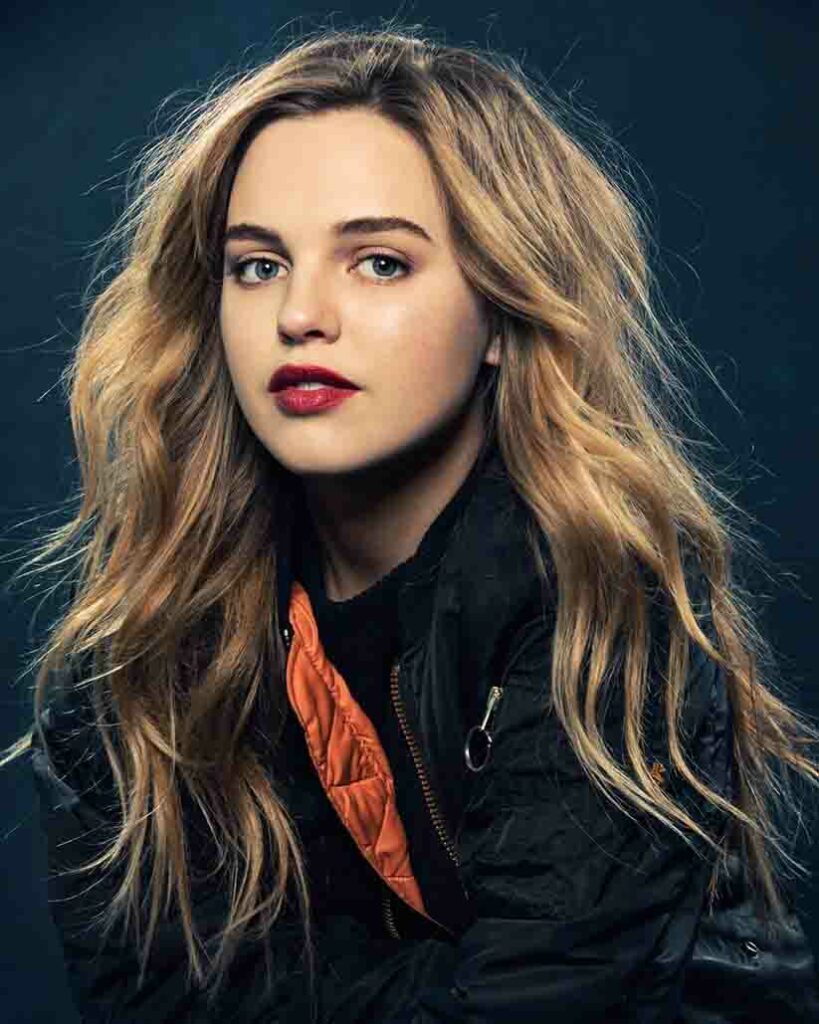 Odessa Young started her television career at the mere age of 11, presenting the role of Alexandra Owen in the TV series ‘My Place’ in 2009. Odessa Young was very young when she acted for a short film ‘The Rose of Ba Ziz’ and began her professional career. She was just nine years old during the shooting of the film. She began acting in a TV series ‘Tricky Business’ in 2014 and soon got another TV series ‘Wonderland’ in 2014. After that, she worked in another short movie, ‘Blood Pulls a Gun’ of the year 2014, starring Alice’s name in the film.

Odessa Young was getting more recognized due to the short movies and TV series she acted on. She got an offer to work in her first featured film ‘The Daughter’ in 2015, portraying the role of Hedvig Finch alongside famous actors like Geoffrey Rush and Sam Neil. Her role in the movie got wide recognition, which was the first step in her featured films. She soon got a position as Grace in the film ‘Looking for Grace’ in the same year. She was the Title character and played alongside actress Radha Mitchell. The same year she was written as ‘Australia’s Brightest Rising star’ by a world-famous lifestyle magazine, “Elle.”

Odessa Young’s role in the movie The Daughters was critically acclaimed. In 2016, she got an award for ‘Best Actress in a leading role’ by the AACTA awards, one of Australia’s most prominent award functions. She also got awarded by the AFCA (Australian film critics association) as best actress in the same movie The Daughter.  She Played another short movie Upside Down Feeling, in the year 2015. In the year 2017, she was starring a web series called ‘High Life’ as Genevieve, which gave her another award as the ‘Best Lead actress in drama’ by the IAWTV awards, an international web TV academy.

In 2018, Odessa Young won another award for the best actress for her role in the same series at the 5th Vancouver film festival. She played as Maggie Russel in a thriller movie ‘Sweet Virginia’ in the year 2017. 2018 was when she played most films, Assassination nation, A million little pieces, The Professor, and Celeste. The Stand and Tokyo Vice are the Upcoming series, where she is acting the role of Frannie Goldsmith and Samantha’s leading role, respectively. 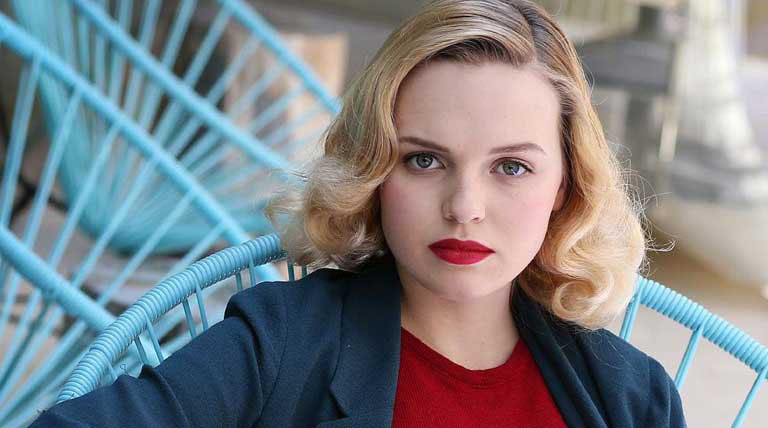 Odessa Young is already a successful and good actor. She is passionate about her job and takes her career seriously; that’s why her work is always remarkable. Due to her hard-working lifestyle and a busy schedule, she has named herself the Australian’s brightest rising star. It is mostly due to her active lifestyle; she is currently single, and thus she has no Children. The proof of her dating someone has never shown up in media before. Odessa has also not said anything about her boyfriend or if she is dating anyone. She mostly keeps her personal life a mystery and has not revealed much about her personal life.

Age, Height, Nationality, and Other facts.

Born in 1998, January-10, Odessa Young is 22 years old (at the time of writing). Being born and having lived in Australia, she is of Australian nationality, and she belongs to Caucasian ethnicity. She is 5 feet and 5 inches tall that is 1.65 in meters and 165 in centimeters. She weighs at 55 kg (121 lbs.). She also has a beautiful pear-shaped slender body. Her body measurement is 32-25-35 inches. 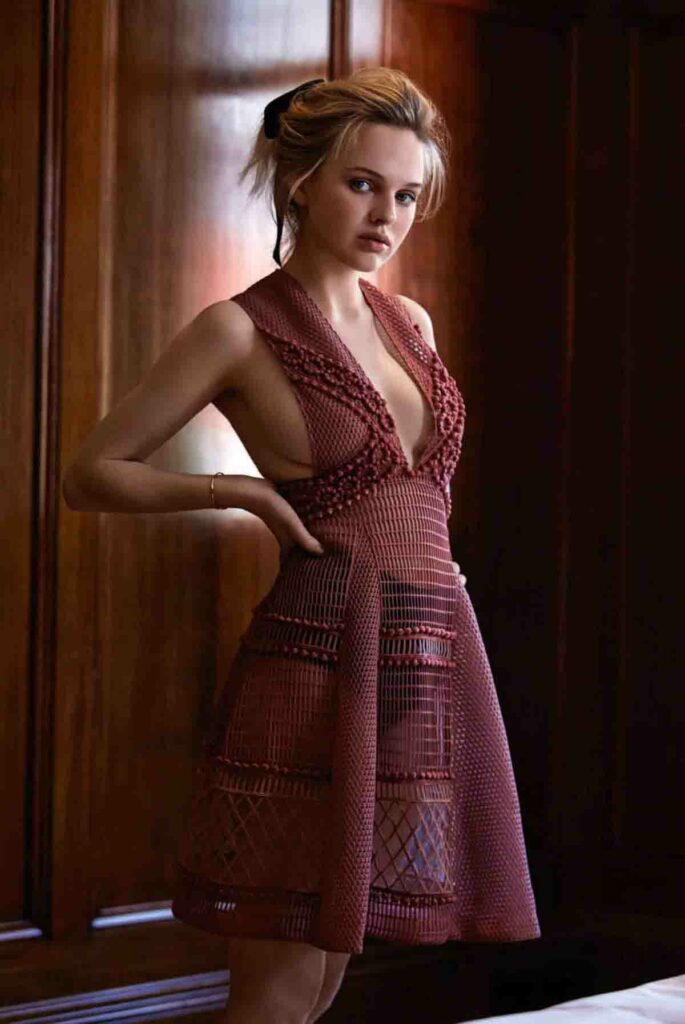 Odessa Young has blonde hair, which perfectly suits her fair complexion.  Her bra size is 32B. She also has a beautiful green colored eye, which makes her look even more attractive. Her Zodiac sign is Capricorn. Her shoe size is said to be 6(US). She does not have any tattoos on her body. Her Instagram account name is a young cowgirl.

Odessa Young is a very successful actress. She has acted in many movies and TV shows. She can earn a lot of money from her work. She charges about 13 to 16k US dollars Per Episode on her TV shows, but her movie’s salary is unknown. Her estimated net worth is 1 million US dollars.