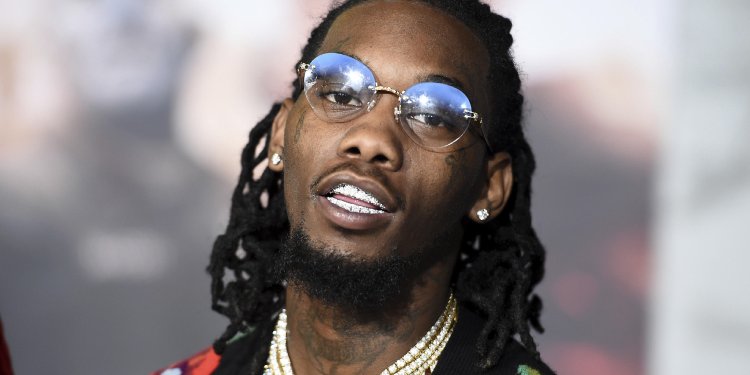 Offset is an American rapper, and his actual name is Kiari Kendrell Cephus. He is famous as one of the members of the American hip-hop trio, Migos. In addition to this, he is also popular as the investor of the popular professional esports organization, FaZe Clan.

Apart from being popular as a rapper and investor, his name is also associated with the popular American rapper Cardi B. The two of them were dating each other for over three years. In addition to this, Offset has also linked himself with numerous other names like Summer Bunni and Cuban Doll. Moreover, he has four children from four different women. His fans have always shown an interest in knowing the details of his children. Please stick with us to know more about his children and their mothers.

Offset’s eldest son’s name is Jordan Cephus. He welcomed Jordan when he himself was only 17 years old with a woman named Justine Watson. However, she is a private woman as she chooses to stay away from the media’s attention. But she landed in the spotlight when she sued her ex-lover Offset for child support. According to a report by The Blast, he did not always contribute to Jordan’s medical, educational, and extra expenses.

In response to this, Offset asked for joint custody of the child. In an interview with People, he expressed his guilt by saying that he was very young when he had Jordan. He also apologized to his son through his song by saying that he was broke when he had him. Furthermore, he also apologized for not being able to attend all of his birthdays. As of now, he mentioned that he has grown to be a better father than before, and he spends time with his son more often.

Offset welcomed a second son, and his name is Kody Cephus. He had Kody when he was dating his ex-girlfriend, and her name is Oriel Jamie. As of now, He has a close connection with his 6-year-old son Kody. But previously, he had faced a lot of problems with his ex-girlfriend. She expressed her concern when he began dating Cardi B but did not introduce her to his son. She also posted a story saying, “Congrats to my son daddy and his stepmother whom he has yet to meet. Hopefully, he at least gets an invite to the wedding.

Offset’s third child is a baby girl, and her name is Kalea Marie Cephus. He welcomed his eldest daughter when he was dating the American rapper, Shya L’amour. Like his previous relationships, his relationship with Shya has also had its share of ups and downs. It began in the early days of her pregnancy. She initially decided to stay quiet about her pregnancy but realized that she had to open up one day or the other. She mentioned that she does not want to spoil her image in front of her daughter when she grows up. She further mentions how he chose to be ignorant regarding their upcoming child.

But this topic cooled off when Cardi B recorded a video where she talked about how she was helping him to be a better person. In addition to this, Shya also stated that Cardi is doing a great job making him a better person. She also noticed a lot of positive changes since Cardi has been with him.

Offset’s youngest daughter’s name is Kulture Kiari, and he welcomed her with Cardi during their time together. He has had a close connection with Kulture since her birth, and he even has her name tattooed on his jawline. She is an adorable little kid, and she even has her own official Instagram account with over 2.2 million followers.

Offset is currently a father of four children. But happiness will come knocking on his door soon as he and Cardi B are expecting a second child together. She announced this on the stage of the BET Awards while performing together. Moreover, she has also posted pregnancy pictures on her Instagram.