Lisa ‘Olivia’ Munn is a brilliant actress and a former television host. She is widely popular for her performance in X-Men: Apocalypse (2016) as Elizabeth Braddock or Psylocke, She is also known for co-hosting Attack of the Show! from 2006 to 2010. She also worked as a correspondent on The Daily Show with Jon Stewart from the year 2010 to 2011.

Olivia Munn was born on July 3, 1980, in Oklahoma City, Oklahoma, United States of America (USA). She was born to Kimberly Nguyen and Winston Munn. Her mother was born and brought up in Vietnam. She grew up with a younger brother, an older brother, and two elder sisters. Their names are John, James, Annie, and Sara respectively. John is a physicist, James is a custom motorcycle shop owner and Sara is a lawyer.

Her parents separated and her mother married a member of the United States Air Force and moved to Utah. Olivia spent her early life in Utah until 1986. Munn’s mother divorced her new husband after he was being too abusive when she was just 16 years old and her whole family relocated back to Oklahoma City. 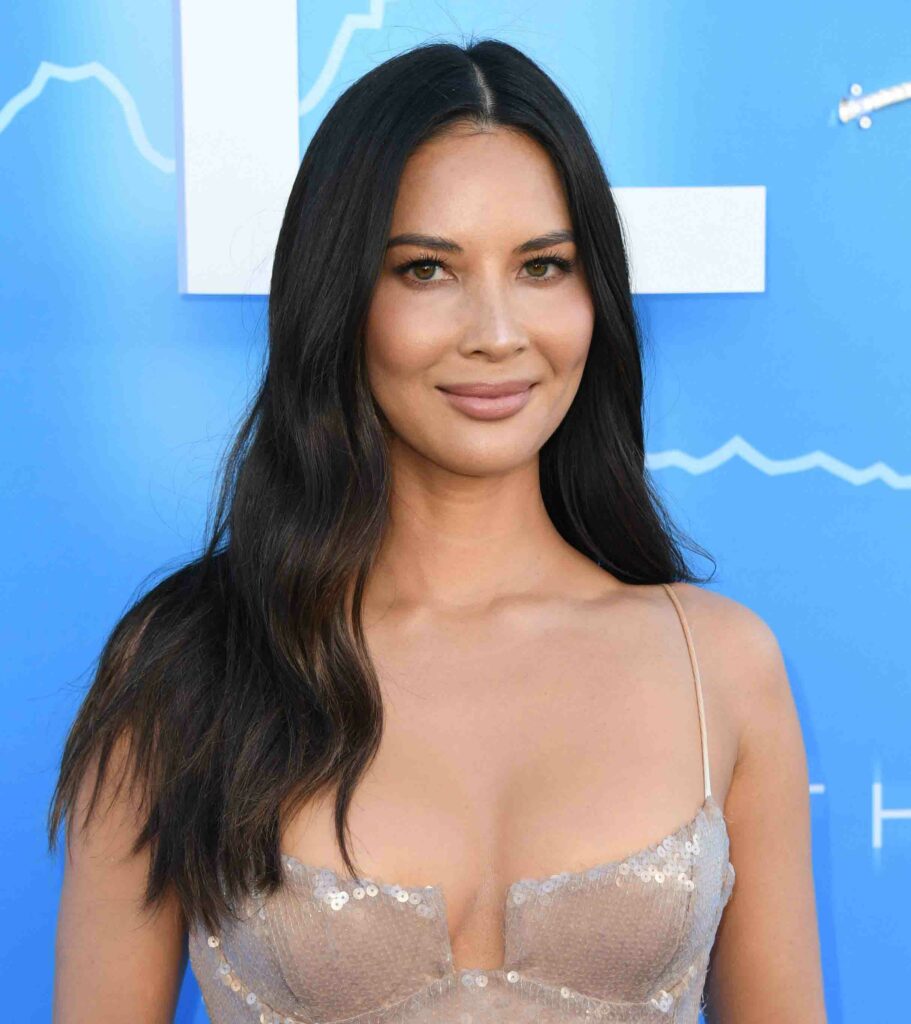 Olivia Munn spent her junior and senior years of high school at the Putnam City North High School in Oklahoma City, Oklahoma. After high school, she joined the University of Oklahoma where she majored in journalism and minored in Japanese and dramatic arts. She has also done an internship at the NBC affiliate in Tulsa.

There was a rumour that Munn was hooking up with the famous actor and singer, Jamie Foxx in the past. Similarly, there was also a rumour that she is dating Brett Ratner, a film director, in 2003. She also dated Bryan Greenberg in the year 2007 to 2009.

Olivia Munn and Chris Pine were a thing from 2009 until 2010. She was also rumoured to be dating Justin Timberlake in 2010. Likewise, she was also seen on a date with Matthew Morrison in New York at Madison Square. She dated Brad Richards, an ice hockey player, from November 2011 to January 2012.

She has also dated Joel Kinnaman, an actor, in February 2012 which ended in March 2014. She was also in a relationship with American football quarterback Aaron Rodgers in May 2014 after they met at an Academy of Country Music Awards. The couple broke it off in April 2017.

She has been dating Tucker Roberts, the son of Comcast CEO Brian Roberts, since December 2018. 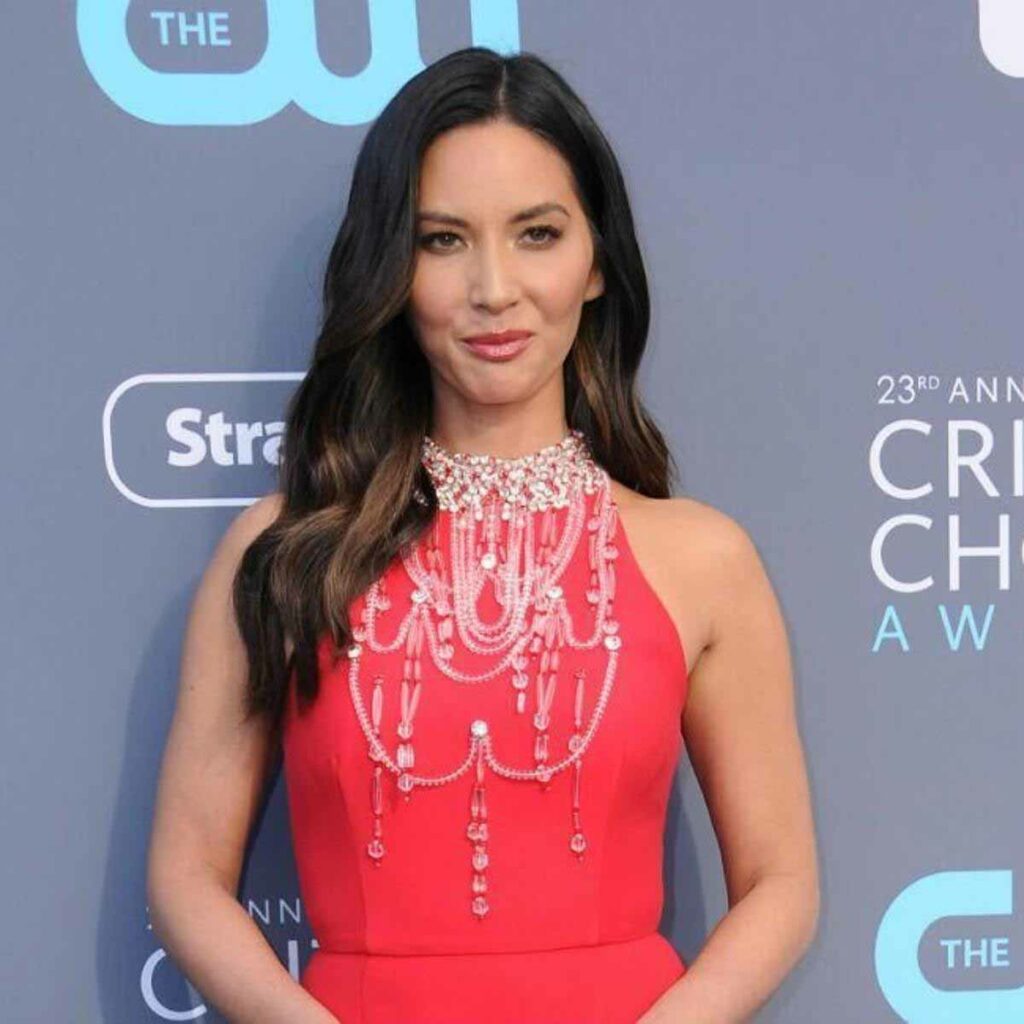 Olivia Munn’s debut movie was 2004’s Scarecrow Gone Wild as girl #1. She got her first breakthrough in 2010 after she landed roles in Iron Man 2 and Date Night.

Her upcoming movies are Violet as Violet and The Gateway as Dhalia Jode. Violet is set to release in 2021 while The Gateway’s release date is not fixed yet. Both the movies are currently in the post-production phase.

Olivia Munn first appeared in a television show from 2006 to 2010 in Attack of the Show! as the co-host.

Olivia Munn has won the Gracie Allen Awards for Outstanding Female Actor in a Supporting Role in a Drama in 2015 and IMDb Awards for Fan Favorite in 2018. She has also been nominated for Kids’ Choice Awards in 2017 and Women’s Image Network Awards in 2012 and 2019. 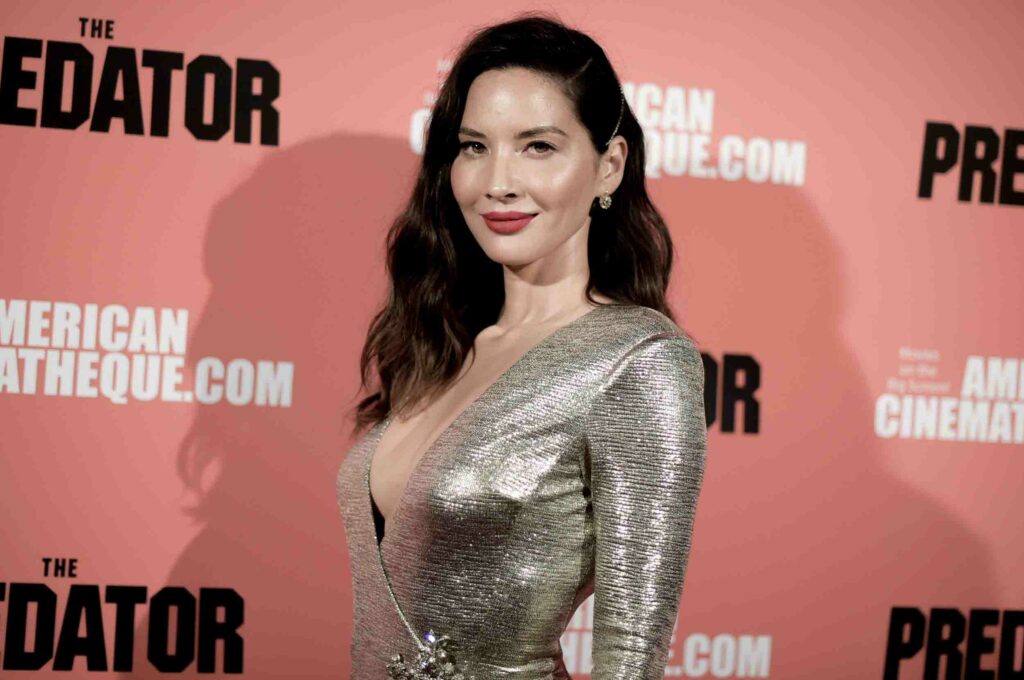 Olivia Munn’s nationality is American while her ethnicity is multiracial. She has Chinese ancestry on her mother’s side and is of Irish and German descent on her father’s side. She seems to be an atheist.

What is Olivia’s Net worth?

Working since 1999 and giving her best in some pretty awesome movies, she has become very rich and has a net worth of $25 million.