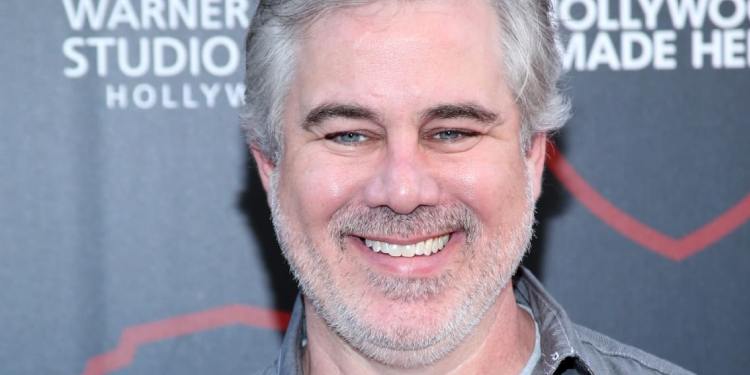 Patrick Labyorteaux is a popular American actor, TV writer, as well as producer. He is best known for his performance as Andrew Garvey on the TV show “Little House on the Prairie” and Bud Roberts on CBS’s “JAG.”  He is also well known for his roles in television shows such as ‘Lois & Clark: The New Adventures of Superman,’ ’21 Jump Street,’ and ‘Starsky and Hutch’.

He was brought up in Los Angeles by his parents and finished his education there. He grew up with a younger brother named Matthew Labyorteaux, who is also adopted.

Labyorteaux is of American nationality, and his ethnicity is White American. Patrick has an average build and stands at a height of 5 feet 9 inches or 1.75 m but his weight has not been revealed. Currently, Patrick has white hair and the color of his eyes is blue. Besides these, his other physical characteristics are unknown.

Patrick Labyorteaux made his acting debut in 1974 with the film “Mame.” He went on to star with his brother, Matthew Labyorteaux, in the television series “Little House on the Prairie,” where he played the character of Andrew Garvey.

In the year 1986, Labyorteaux performed on the TV film “Prince of Bel Air,” which starred Will Smith and Alfonso Ribeiro. He was also in the cult film “Heathers,” the comedy “Ski School,” and the action movie “3 Ninjas.” From 1995 to 2005, he portrayed Bud Roberts in the television series “JAG.”

In 2016, the star was featured in American Crime Story, Castle, and Scandal, among other shows. He landed a role alongside Ian Ziering, Tara Reid, and Cassie Scerbo in the sci-fi comedy disaster film The Last Sharknado: It’s About Time in the year 2018.

In 2012, Patrick Labyorteaux and his wife Tina co-created and co-wrote the Nick at Nite original series “See Dad Run.” The show lasted three seasons and 55 episodes.

Patrick Labyorteaux is a talented American actor and television writer who is married to Tina Albanese and they have a son together. Tina and Labyorteaux met in the year 1995. Tina was working as an associate producer for JAG at the moment, and Labyorteaux was portraying Bud Roberts on the series.

The pair dated for two years in secrecy before announcing their engagement in 1997. On October 3, 1998, they wed. Jeau Bennett Labyorteaux, the couple’s first kid, was born on the 11th of July, 2001, at Cedars Sinai Medical Center in Los Angeles.

They’ve been together for almost two decades and there have been no reports of a separation.

What is Patrick’s Net Worth?

Patrick Labyorteaux has been well-known for his acting, television writing, and production abilities. Patrick lives a lavish lifestyle and has amassed a sizable net worth as a result of his many outstanding achievements, he might have an estimated Net worth of $1.6 million.

Patrick and his brother, Matthew, created the Youth Rescue Fund in 1992. The nonprofit organization is committed to assisting runways and has raised $11 million for youth shelters around the country.