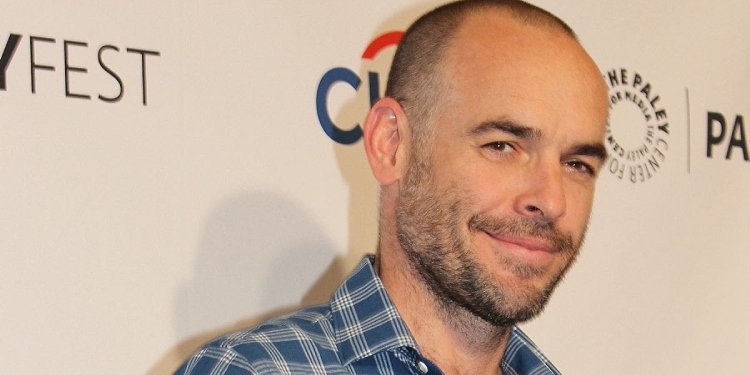 Paul Blackthorne is an English actor best known for his role in the CW series Arrow as Detective Quentin Lance. In 1998, he made his movie debut in Romeo Thinks Again. He starred as Quentin Lance in the superhero series Arrow from 2012 to 2018. In 2017, he also appeared as a guest star in the DC TV show The Flash.

Paul Blackthorne was born on the 5th of March, 1969, in Wellington, Shropshire, England. In terms of ethnicity, Paul is Caucasian, and his nationality is British. His parents raised him in Wellington, where he was born. He hasn’t revealed any details about his family members, however. If new knowledge about his early life or family members becomes available, we will make sure to let our readers know.

Paul has an athletic body of 6 feet 3 inches or 1.90 m and weighs 91 kg or 201 lbs. Paul doesn’t have much hair on his head. He mostly rocks his bald head. Similarly, the color of Paul’s eyes is light brown. Other than this, Paul has not revealed his body measurements.

Paul Blackthorne made his huge screen appearance in the Oscar-nominated Bollywood movie Lagaan in 2001, where he played the character of Captain Russell. He starred in movies such as Road House, Rhythm & Blues, The Reality Game, Four Corners of Suburbia, and others.

Paul also appeared in the 2014 popular American comedy movies Dumb and Dumber To before starring with actors like Jim Carrey and Gary Oldman in Guest #3 / Business Man #2 in A Christmas Carol.

Paul has also starred in television shows such as Jonathan Creek, Holby City, The Dresden Files, etc. He played the role of Quentin Lance and gave an incredible performance in the hit superhero TV show called Arrow from 2012 to 2018. He quit the show in May 2018 after wrapping up the sixth season.

According to his Instagram post, Paul appears to be married to a mysterious woman. He also appears to be the father of a young baby girl, whose image he often posts on Instagram.

Furthermore, we will discover a couple of Paul’s dating and affairs revelations when looking at his past dating records. In 2010, he was romantically connected to Daryl Hannah, an American actress.

The pair seemed to be in a happy relationship and seemed to be eager to start a family. Their relationship, however, was said to have ended just a year later, in 2011. The real reason for Paul and Daryl’s breakup has yet to be revealed.

He was previously linked to American actress Kaley Cuoco, the Big Bang Theory Actress. According to Us Weekly, Kaley Cuoco was dating Paul Blackthorne.

Paul and Kaley Cuoco have been working for the protection of elephants and selling T-shirts called Poach Eggs. She also shows up as a member of his charitable endeavors. However, neither Kaley nor Paul have verified whether or not the rumor is accurate.

Paul’s gross net worth is estimated to be about $3 million due to his efforts. Blackthorne is also involved in charitable endeavors. He has contributed to several charitable causes. In 2015, he sold t-shirts featuring his Arrows characters to raise money for a foundation dedicated to protecting vulnerable elephants from poaching.

Paul is active on social networking sites such as Instagram and Twitter. Blackthorne has a massive fan following on his social media accounts. He has 571K followers on Instagram (@paulblackthorne) and 272.8K followers on Twitter (@PaulBlackthorne).