Who is Pete Hegseth’s Current Wife? 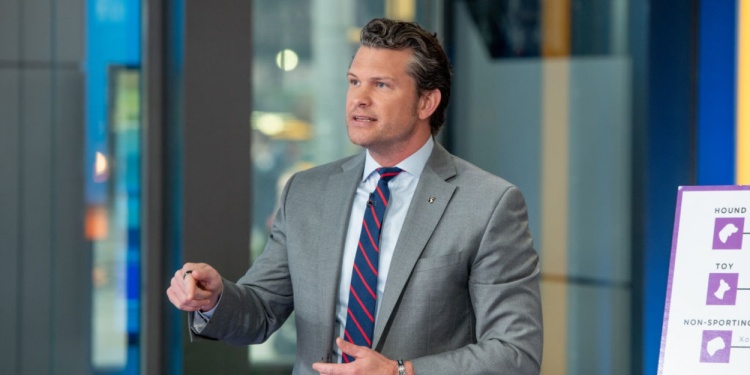 Pete Hegseth‘s full name is Peter Brian Hegseth. Introduced to the world on 6 June 1980, he is an American television personality and an author by profession. Apart from being a television personality, he also joined the Army National Guard in 2003. During his time with the military, he worked as a platoon leader in Guantanamo Bay. He was pretty successful as an army as he won two Army Commendation Medals and a Bronze Star Medal, and a Combat Infantryman Badge for his service.

Following this, he went on to work with Fox News in the position of a contributor in 2014. With the Fox News team, he has interviewed personalities like former President Donald Trump. He has also worked on major projects like the New Year’s Eve program in 2018. With such immense success in numerous fields, he has surely garnered a lot of fame. With this fame, people have always shown a keen interest in knowing more about his love life. Please stick with us as we discuss his dating history and relationships.

Pete Hegseth was initially married to his ex-wife, and her name is Meredith Schwarz. She is not a celebrity of any kind. She is the Chief Financial Officer for Minnesota Birth Control and also a partner of the same. The two of them met at the Princeton University during their Bachelor years. They fell for each other and began dating during their college years.

After finishing their education and carrying on with their relationship, the two of them finally decided to tie their knots. They married in the year 2004 after dating for a long time. But, unfortunately, their marriage life was short-lived, and it ended before they could welcome any child of their own. They parted ways in 2009, and online sources claim that it was because he cheated on her with a co-worker.

Pete Hegseth married his second wife, Samantha Hegseth, a year after his divorce from Meredith. Their marriage was grand, and it took place at the Saint John’s Episcopal Church in Washington. The couple welcomed a total of four children after their matrimony. They welcomed Gunner Hegseth in 2010, Boone Hegseth in 2012, and Rex Hegseth later. Sadly, the marriage did not last long either as Pete again had an extramarital affair. His love life with Samantha ended after almost seven years in 2017.

Who is Pete Hegseth’s Current Wife?

Pete Hegseth began dating Jennifer Rauchet, Executive Producer for Fox. The couple together welcomed a daughter, and her name is Gwen Hegseth. In addition to this, Jennifer has three kids from her previous relationship. The former military veteran, now a current television personality, is living a happy life with Jennifer.