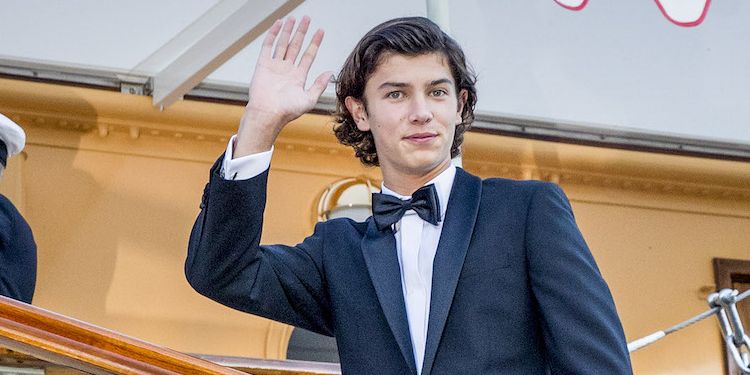 Prince Nikolai of Denmark is one of the princes of the Royal Family of Denmark. He is also Prince Joachim of Denmark and Countess of Frederiksborg, Alexandra’s eldest son. Please stick with us to know more about the life of his highness.

Prince Nikolai’s full name is Nikolai William Alexander Frederik. He was born on 28 August 1999 in Copenhagen, Denmark. His father’s name is Joachim Holger Waldemar Christian and his mother’s name is Alexandra Christina Manley. His father is the younger son of Queen Margrethe II of Denmark and the Prince of Denmark. Likewise, his mother is his father’s first wife and the Countess of Frederiksborg. He grew up alongside one biological brother and two half-siblings. His biological brother is Prince Felix Henrik Valdemar of Denmark. Likewise, his half-siblings are Prince Henrik Carl Joachim Alain of Denmark and Princess Athena Marguerite Francoise Marie of Denmark. Additionally, he is 21 years old with the zodiac sign of Virgo.

Prince Nikolai holds Danish nationality and he belongs to mixed ethnicity. He descends from Chinese, English, Armenian, Iranian, and Czech ancestry through his mother’s side. Likewise, he descends from Danish ancestry through his father’s side. Talking about his religion, he is a Protestant Christian and he practices Lutheranism as their religion.

Prince Nikolai stands at the height of 6 feet (1.83m/183cm) tall and he weighs around 72kg (159lbs). Sadly, he has not shared his exact body measurements with the public. However, judging from his looks, we can tell that he has a slim and fit body physique. In addition to this, his eyes are green in color and he has curly hair that is brown in color.

Being born in a Royal family, it is obvious that Prince Nikolai received quality education during his childhood. He began his educational journey at the Krebs School. This was the same school that his father as well as uncle attended when they were kids. For his schooling and high schooling years, he studied at the Herlufsholm School. He graduated from the school in 2014.

Upon completing his schooling years, he enrolled at the Royal Danish Army’s Sergeant School. However, he began having second thoughts about his career and dropped out after a short duration of two months. He wanted to study business so he enrolled at the Copenhagen Business School. He took Business Administration and Service Management as his major.

Talking about Nikolai’s dating history and background, he had a girlfriend back in the year 2018. Her name is Benedikte Thoustrup and she is the daughter of Sydbank’s president. However, he has not talked much about his relationship so we are unable to confirm whether or not he is still in a relationship. Talking about his past relationships, he has also kept all those behind the curtains. Since he belongs to the royal family, he prefers keeping his romantic involvement away from the media’s attention. Additionally, he has not yet married or had children.

Talking about Nikolai’s professional career, he chose to be a model. His debut appearance as a model was in the year 2018. He appeared alongside Cara Delevingne, a supermodel in 2018. Moreover, he also modeled at Burberry’s London Fashion Week in the same year. Following his successful debut, he went on to sign a contract with Scoop Models for further modeling. Prince Nikolai’s modeling career had a good start as numerous clothing brands began reaching out to him. In a short period of time, he was already modeling for fashion giants like Dior and Burberry. Guests like David Beckham and Bella Hadid attended his fashion shows.

Apart from his career as a model, he has also had several on-screen appearances. He has appeared on numerous television documentaries like ‘Go’ aften Danmark’ (2002), ‘Prinsessen i cirkus’ (2003), and ‘Zulu Royal 4: The Divorce‘ (2008).

Prince belongs to the Royal Family of Denmark which means that he certainly has access to all the luxuries one could imagine. However, despite being from a rich background, he has worked hard to earn a name, fame, and fortune for himself. He makes his money from his modeling career as well as by appearing on television on numerous occasions. He is estimated to have a net worth of $1.5 million as of the year 2021.

You might want to check out Alex Høgh Andersen.