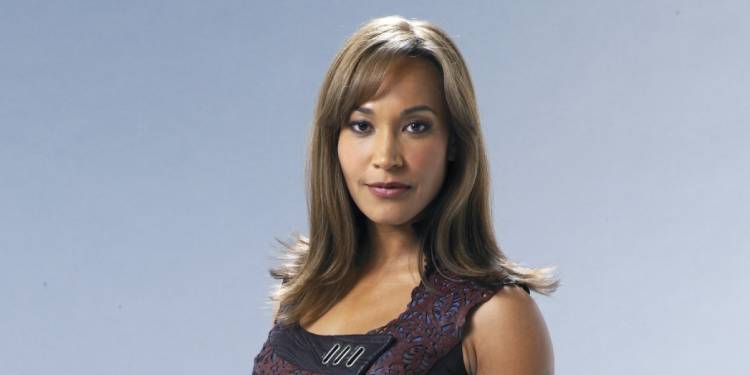 Rachel Luttrell is a trendy Tanzanian-Canadian actress. She rose to prominence after portraying the role of the Athosian war leader, Teyla Emmagan, in the adventure, military, science fiction television series Stargate Atlantis. With her debut performance in 1986, she worked with the entertainment industry for the past three decades. Please stick with us to know more about the actress and her life journey.

Rachel Luttrell’s full name is Rachel Zawadi Luttrell. She was born on 19 January 1971 in the financial city of Dar Es Salaam, Tanzania. Her mother’s name is Veronica Makihio Shenkunde, and her father’s name is William Leon Luttrell. Her mother is a Shambala (Shamba means farm), and she belongs to the Washambala tribe found in the northeastern Usambara Mountains. On the other hand, her father is a reputed Economics professor at the University of Dar Es Salaam. He is from the busy city of Bossier, Louisiana, the United States of America.

Talking about Rachel’s siblings, her parents raised her alongside three daughters. Their names are Erica Shukrani Luttrell, Amanda Luttrell Garrigus, and Gillian Luttrell Anderson. One of her sisters, Erica, has also established herself as an actress in the movie industry. However, she is best known as Kara Cupper from the 1991 children’s television series Shining Time Station. Besides this, she is currently 50 years old with the zodiac sign of Capricorn.

Rachel Luttrell was born in Tanzania, but her family moved to Toronto, Canada, when she was four years old. Since then, she has been living as a resident of Canada. This is why the actress holds Canadian and Tanzanian nationality. She belongs to mixed ethnicity, and she descends from Tanzanian and American ancestry through her parents’ side. Furthermore, she is a Christian, and she practices Christianity as her religion.

Talking about her education, Rachel Luttrell used to take ballet classes at the Russian Academy of Classical Ballet School. Furthermore, her family has rich musical roots, so she took piano classes at the Royal Conservatory of Music. In addition to playing the piano, she is also a talented saxophone player. Her father was a member of one of the most prominent Canadian vocal ensembles, the Toronto Mendelssohn Choir. He used to teach and train her for her soprano voice. Furthermore, she has also pursued dancing, singing, and acting at Sheridan College. Likewise, she studied English literature at the University of Toronto.

Rachel Luttrell stands at the height of 5 feet and 4 inches (1.62m/162cm) tall, and she weighs around 50kg (110lbs). In addition to this, she has a slim body figure with a body measurement of 33-24-35 inches. Furthermore, talking about her physical appearance, she has a pair of beautiful dark brown-colored eyes and black hair color.

Rachel Luttrell made her debut on-screen appearance in the year 1986. The first-ever role of her professional career was that of Bobby’s daughter in the television movie called Courage. The breakthrough moment of her career came three years later, in 1989. She was able to land the central role of Veronica Beck in the Canadian legal drama series Street Legal.

Another one of the most notable performances of her professional career came when she played the role of Teyla Emmagan. She played this role for 99 episodes of the adventure, military, science fiction television series Stargate Atlantis. She plays the role of Tagan’s daughter in the series. Her father was a leader of the planet called Athos. She soon moves up the ranks and begins leading the warrior of Athos in the series.

In addition to this, Rachel Luttrell has also been a part of different movies like Zombieland: Double Tap and Avengers: Endgame. While she did not act in the superhero movie, she was responsible for many stunts in the film. She even won the Screen Actor’s Guild Awards’ Outstanding Action Performance by a Stunt Ensemble in a Motion Picture Award and the stunt crew of the movie in 2020. Likewise, she has also done a lot of stunts for the previous installment of the franchise, Avengers: Infinity War.

Rachel Luttrell is a married woman. She is currently in a marital relationship with her husband, and his name is Loyd Bateman. He is also popular in the entertainment industry as a stuntman. The lovebirds have an age difference of seven years between them, Rachel being the elder, but this has not bothered them in any way. They walked down the aisle in 2006, and their marriage took place in Los Angeles, California. Since then, they have been living a happy life as a couple.

Following their marriage, the couple welcomed two beautiful children from their relationship. Their names are Caden Dar Bateman and Ridley Asha Bateman. As of now, the family of four is living together in their residence in Los Angeles.

Net Worth of Rachel Luttrell

Rachel Luttrell makes her fortune by working as an actress. She has had a lot of credits as an actress and has also worked off the screen on numerous movies. She has worked hard to garner fame and fortune, and she has been successful in doing so. As of the year 2021, she has an estimated net worth of around $3 million. Furthermore, she earns anywhere from around $22,000 to approximately $46,000 annually.