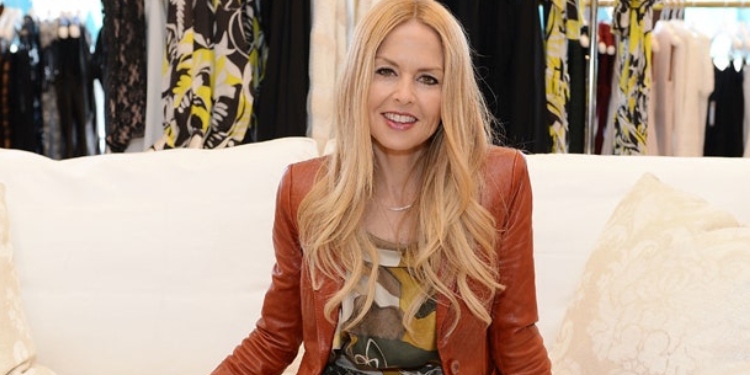 Rachel Zoe is a fashion designer, entrepreneur, and writer from the United States. She has worked in the fashion business for over two decades. Zoe participated in the Bravo reality show The Rachel Zoe Project from 2008 until 2013.

As Rachel Zoe Rosenzweig, Rachel Zoe was born on September 1, 1971, in New York, the daughter of Leslie and Ron Rosenzweig. Pamela Rosenzweig is her sibling. When she started her profession as a fashion stylist, Zoe abandoned her last name in place of her middle name since Rosenzweig felt “too Jewish.”

Zoe got raised in Millburn, New Jersey, and attended Millburn High School. At George Washington University, where she encountered her current spouse, Rodger Berman, she studied psychology and sociology. She traveled to New York City after graduation to build a career in fashion.

Zoe started as an editor. She has had no professional fashion training when she began. However, she has worked as a stylist for several celebrities.

Rachel, a fashion star, was previously responsible for the looks that catapulted A-listers like Cameron Diaz and Kate Hudson to new heights of elegance, establishing her as a star in her own right. However, Zoe’s narrative extends well beyond Hollywood.

As a stylist-turned-CEO, Zoe exploited her celebrity as a fashion consultant to the stars to draw millions farther into her orbit via best-selling books, blogs, clothing lines, and obviously, The Rachel Zoe Project. Through all of these activities, Zoe discovered many surprising lessons about the worth of hard effort, the necessity for self-awareness, and the significance of being centered and focused in a society that frequently asks too much of us.

Now, Zoe is passing on these vital lessons to the next generation of innovators and doers. She encourages audiences from all walks of life and industries to make the fundamental decisions that will set them up for success – assessing their strengths and shortcomings honestly, rejecting the urge to over-plan, and trusting their instincts — leaving them feeling assured and driven, and empowered.

Zoe debuted her first modern line of separates, footwear, and handbags inspired by her vintage-inspired, 1960s and 1970s style in 2011. Over 275 department shops, including Bloomingdale’s, Nordstrom, and Neiman Marcus, carry the brand. As Rachel stated in 2012, her business expanded to include jewelry and winter weather items.

Zoe released her second book, “Living in Style: Inspiration and Advice for Everyday Glamour,” in March 2014. She collaborated with Quinny and Maxi-Cosi on a 2016 baby stroller and car seat line. In addition, Rachel Zoe was honored in 2017 for its unique family/maternity leave policy.

Rodger Berman is the president and Chief executive officer of Rachel Zoe Digital Media, Inc. He rose to prominence alongside his wife when he starred in Zoe’s reality programs The Rachel Zoe Project from 2008 to 2013 and Fashionably Late with Rachel Zoe in 2015.

Rachel and Rodger Berman, after being together for 26 years—their 20th wedding anniversary were in February 2018—and they’re still crazy about one other. So much the most infatuated couple may become cynical after a decade in the spotlight—and even lengthier spent stroking designer-draped elbows with Hollywood A-listers.

Rachel is a fashion stylist from the U. S. with a net worth of $16 million and has accumulated her wealth through her profession and career.