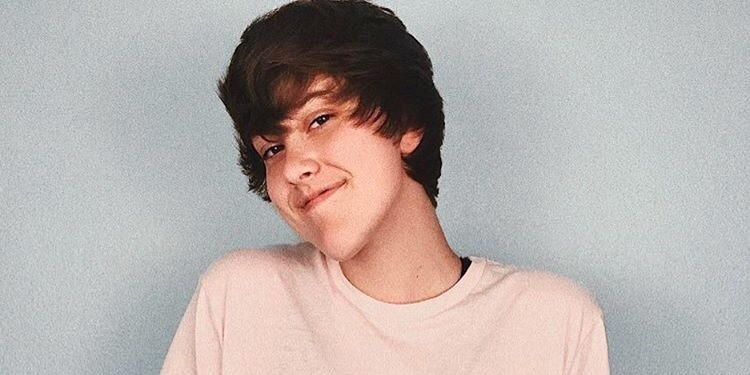 Raegan Beast is a transgender social media personality. He rose to prominence through his lip-sync TikTok videos and collaborating with fellow TikToker Justin Blake. Moreover, he is also a social media influencer, and he wants to support other transgenders who have problems facing society. Please stick with us as we talk about his life and career.

Raegan Beast was born on 19 November 1999 somewhere in the United States of America. He was initially born as a girl, but then later, she transformed into a boy. Finally, she began to realize that she had the habits of a boy rather than a girl. She told her parents how she felt, and her father misunderstood her. But her mother was always supportive, which gave her enough courage and confidence to accept who she was. It was at the age of 12 years old that she chose to be a boy.

Raegan Beast grew up alongside seven brothers, but the identity of all his brothers is a mystery. However, we do know the name of one elder brother, and his name is Rizzy Beast. He is also an active TikTok user and often appears on Raegan’s TikTok videos. Besides this, he is currently 21 years old with the zodiac sign of Scorpio.

Raegan is an American nationality and belongs to the white ethnicity. He descends from American ancestry through his parents. Besides this, he has not talked much about his religious views and background at the moment.

Raegan stands at the height of 5 feet 4 inches (1.65m/165cm) tall, and he weighs around 59kg (132lbs). He has a visible scar on his chest when he surgically removed his breasts to transform into a boy. Besides this, he has a pair of brown eyes color with brown hair color.

Raegan has not shared the exact details of his educational background. But we do know that he studied alongside Jack and Kale Blaze, who are both social media stars. Likewise, his higher education also is a mystery.

Likewise, he was then in a relationship with Justin Blake, who is also a TikTok star. They began dating in the year 2016 and also collaborated a lot on TikTok. Fans began joining their name and calling them ‘Jaegans.’ The two of them also posted several of their love stories online. Unfortunately, after dating for almost a year, their relationship ended in 2017. Besides this, since he is just 21 years old, he has not married anyone yet, nor does he have any children.

Raegan was not always a TikTok star. He stepped onto social media sites through Twitter in 2012. People started noticing him when Raegan Beast posted a Tweet that said, ‘There is never something good or bad, but our minds make them so.’ People liked this Tweet, and that single Tweet brought him a lot of fame. Soon, he began his own YouTube channel in 2013. Here, he likes posting several of his songs plus numerous cover songs. He also made his own YouNow account where he broadcasts and live-streams to the audience. His popularity received a massive boost when he began making TikTok videos. He makes lip-sync videos, and people also appreciate his expressions.

You might want to check out Erin Bria Wright.

Raegan Beast’s biggest achievement is YouTube’s Silver Play Button Award. He received this award for managing to garner over 100,000 subscribers on his YouTube channel.

Raegan Beast began earning from a young age and is now a content creator on YouTube. In addition to this, he is also a social media sensation. As of 2021, he has an estimated net worth of around $100,000 to around $1 million.