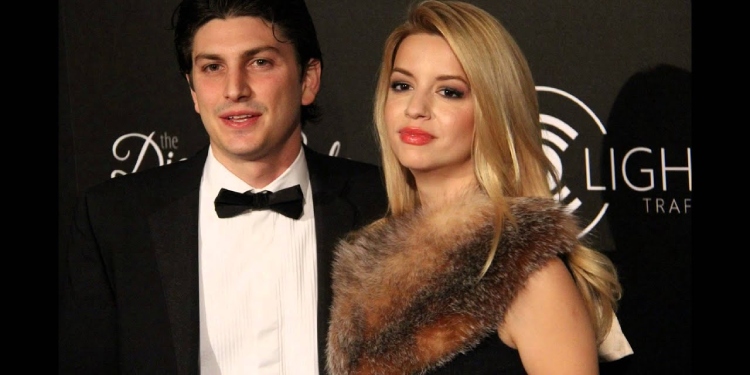 Ramzi Habibi is a striking financer famous for getting hitched with Albanian-American actress Masiela Lusha. He is well-known for her involvement with Oaktree’s U.S. High Yield Bonds division.

Ramzi Habibi is an attractive guy with captivating body features, but his physical measurements are not disclosed. His pictures with her stunning wife make most of the people jealous.

He studied B.S. in economics with concentrations in finance and organizational and information technology at the University of Pennsylvania’s Wharton School. Likewise, he is a charter member of the CFA Institute.

Mr. Ramzi Habibi began his career at Oaktree as an associate in the US High Yield Bond division in 2008. Before entering Oaktree, he worked at Lehman Brothers for two years as an investment banking analyst in the Financial Sponsors Group. Summer internships at SHUAA Capital in Dubai, United Arab Emirates, and PepsiCo in New York are among his previous job experiences.

Ramzi Habibi tied the knot with actress Masiela Lusha in 2013 and are together ever since.

The pair were first seen together in 2012, and there was speculation that they were having an affair. After dating for a while, the couple got engaged in July 2013 and declared their engagement. Their wedding date got scheduled for December 28, 2013. On Wanaka Peak in Queenstown, New Zealand, and it was like a fairy tale wedding. Even the setting was great that day, with incredible blue sky and light winds, adding to the beauty of the ceremony.

Heli Weddings NZ assisted the couple in tying the knot. They flew two helicopters from Queenstown to Wanaka and Coromandel Peak for their wedding ceremony. As a bride and groom, they were both breathtakingly beautiful.

They became husband and wife after exchanging vows in front of their closest friends and family members. Their wedding reception was small and intimate, with only their immediate family present.

He and his wife have a child together, who was born on February 13, 2018. They have a son, Landon, whom they are very proud of.

Even after being together for 8 years, they act like newlyweds and still are in their honeymoon phase. They are literally are the couple goals everyone looks forward to.

Masiela is an Albanian-American actress, author, producer, and humanitarian born in the United States to Max Lusha and Daniela Lusha. Lusha rose to prominence for her role as Carmen Lopez on the internationally syndicated ABC sitcom George Lopez. She won two Young Artist Awards for Leading Young Actress in a Comedy or Drama in a Row. She appeared in Sony Pictures’ Blood: The Last Vampire after making the switch to movies. Lusha also appeared in the Si-Fi television movie Sharknado: The 4th Awakens, alongside David Hasselhoff and Ian Ziering.

Ramzi Habibi’s net worth is speculated and under investigation not confirmed, but as a financier, he is likely worth millions of dollars. His investments in multiple companies help him earn colossal wealth.

It is not disclosed to the public how much he receives in terms of salary. His wife Masiela, on the other hand, has a net worth of $2 million.

Even though he got married to a celebrity, he is a very private person and likes to keep his personal life secret. Thus he is not active on any social media platforms, but her wife Masiela Lusha is. She has around 77k followers on Instagram, where she posts cute pictures of herself with her husband Ramzi Habibi and her son.