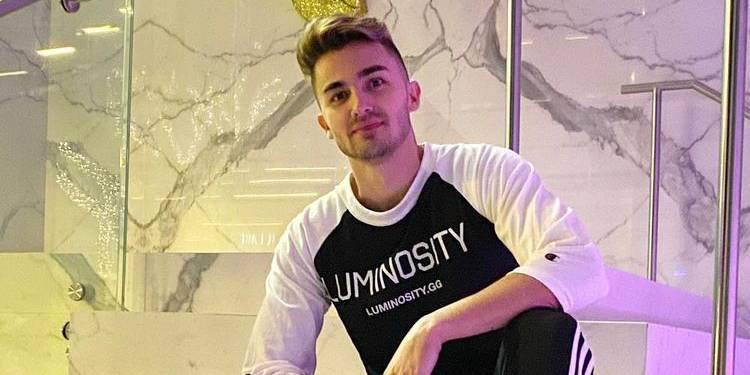 Red Nicks is an American YouTuber. He rose to prominence after sharing his Fortnite gameplay videos on the platform. He likes sharing his gameplays as well as montages with his fans.

He is also an active Twitch streamer and has a lot of fans on both platforms. Please stick with us to know more about the YouTuber and his meteoric rise to prominence.

Red Nicks’s real name is Nicholas, but his family name remains a mystery. His fans call him Nicks, the short for Nicholas. He was born on 16 June 1995 somewhere in the United States of America.

He has not shared his exact place of birth, but he is currently residing in Orlando, Florida. He has not revealed the names of his parents. We can also not determine if he has siblings or not because of a lack of reliable information. Besides this, he is currently 26 years old with the zodiac sign of Gemini.

Red Nicks holds an American nationality, and he belongs to the white ethnicity. However, he has not shared the details of his ancestry.

Likewise, his religious views and educational background are also a mystery. According to online sources, he enrolled at a local school and completed his schooling. Despite this, there is no indication of his higher education.

Red Nicks stands at the height of 6 feet and 8 inches (2.03m/203cm) tall, according to the bio on his official TikTok account. Apart from this, he has not revealed his exact weight and body measurements to the public.

However, judging by his looks, we can tell that he has a decent weight with a well-maintained body figure. In addition to this, his eyes are brown, and his hair is also brown.

Red Nicks is a content creator by profession. He began his YouTube channel on 14 July 2012, and he has managed to garner over 507 million views on his videos ever since. He has over 3.15 million subscribers on his official YouTube channel (Nicks).

He likes playing games, and he plays a lot of online games. Most of his videos are about him playing games like Fortnite and Among Us. He also does a lot of fun challenges in the game. He also likes top spectating players and creating a video where he reviews the gameplay videos.

The breakthrough moment of his career came when he began posting Call of Duty videos. He used to play Call of Duty Black Ops 3 as well as Call of Duty Infinite Warfare. His videos and popularity also led him to handle the position of Call of Duty’s Red Reserve eSports team.

Moreover, he has also played Among Us and posted a lot of videos about the game. He likes playing with his buddies online, and he does all kinds of fun stuff and challenges in the game.

In addition to gameplay videos, he also likes uploading daily blogs. He enjoys sharing the everyday moments of his life with his fans. For example, he likes taking his fans on a tour of his room which he claims has gaming accessories of $30,000. Likewise, he recently uploaded a video titled “MY NEW HOUSE TOUR.”

Red Nicks is also an active Twitch streamer (Nicks). He shares his gameplays live with his fans through the platform. Furthermore, he has over 223 thousand followers who watch his videos live on the platform.

In addition to this, he also has over 273 thousand followers on his Instagram account (@opnicks). He likes traveling and sharing his pictures on Instagram. He wants to update his fans with his daily life through the platform.

Red Nicks is most possibly single and not in a relationship with anyone at the moment. He is very secretive when it comes to talking about his personal life. Because of this reason, there is not much information about his relationship and dating history.

He may be single, or he may be dating someone. This remains behind the curtains, so we are unable to determine his love life. Apart from this, he has not married anyone yet, nor does he have any children.

Net Worth of Red Nicks

Red Nicks makes his fortune through his career as a content creator. He works hard to make his earning. On his social media platforms, he has many followers.