Rihanna Is Now Officially A Billionaire 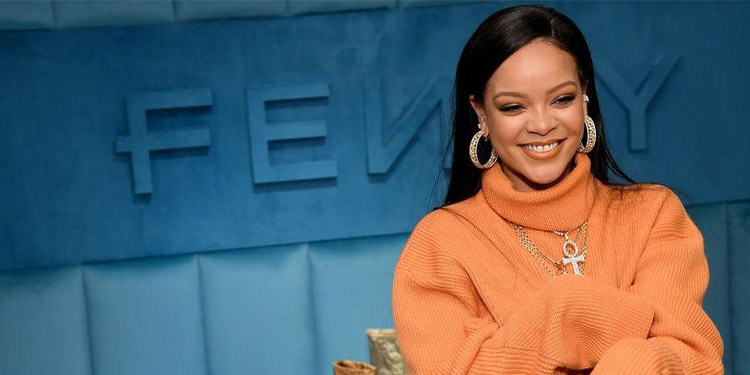 Rihanna is a pop star who is known by virtually anyone in the world who listens to English music. Robyn Fenty, aka Rihanna, has been producing Grammy-winning music since the 90s, and we don’t seem to get enough of her. To add a cherry on top of her glittering career, Rihanna is now officially a billionaire.

A TOUCH OF SUCCESS

When Rihanna launched her cosmetic company back in 2017, known as Fenty Beauty, she mentioned that the company was formed to make “women everywhere feel included.” Little did she know, the company’s prospects would take her to one of the most exclusive ranks in the world: the Billionaire’s club.

According to a recent survey and report published by Forbes, Rihanna is estimated to have a net worth of $1.7 billion, making her the richest female musician in the world, and the second richest female entertainer, only after Oprah Winfrey.

As we all know, the Barbados-born pop and RnB singer makes a lot of good music and has been generating revenues and royalties from the records for years, but it’s not the music that has made her so rich.

A majority of her revenues, more than eighty percent of it, comes from her business enterprise, Fenty Beauty. According to Forbes, Rihanna owns a 50% stake in the company, and apart from that, she also makes a lot of money from her lingerie company Savage x Fenty. Her income from being a musician and an actress look minuscule compared to the amount of money she is making from her sucessful ventures.

CAPTURING A MARKET THAT IS ALREADY HER’S

The singer and now a successful businesswoman has a massive fan following on social media with more than a hundred million followers on Instagram and Twitter each, making it all the easier to reach out to her target audience and build a brand, and in doing so, she is the most successful beauty entrepreneur ever.

WHAT IS FENTY BEAUTY?

Fenty Beauty, the cosmetic brand she found in a joint venture with the French luxury conglomerate LVMH, which is run by the world’s second-richest man, Bernard Arnault, produces a diverse range of cosmetic products focusing on ethnic diversity and inclusiveness.

Out of the wide variety of products and foundations, the company focuses on making items for women of color who find it difficult to get matching beauty products to their skin tones. To make matters more substantial, the modeling and advertising for the said products are too done by an equally diverse group of people.

“A lot of women felt there were no lines out there that catered to their skin tone. It was light, medium, medium-dark, dark. We all know that’s not reality. She was one of the first brands that came out and said, ‘I want to speak to all of those different people.” said Shannon Coyne, speaking of Fenty Beauty. Shannon is the cofounder of consumer products consultancy Bluestock Advisors.

Fenty Beauty is now worth a conservative $2.8 billion, according to estimates by Forbes and the projections for the next couple of years seem even more promising. LVMH said that the company has made a “very promising start” and “generated unprecedented buzz” and that Fenty Beauty “maintained its appeal as a premier makeup brand.”

Apart from Fenty Beauty, the grammy-winning singer also has her lingerie line, Savage x Fenty that successfully raised $115 million in funding at a $1 billion valuation. The company, launched in 2018, has been making good money with investments coming from the likes of Jay-Z’s Marcy Venture Partners and private equity firm L. Catterton, where Bernard Arnault is an investor. Rihanna maintains a 30% ownership stake in the company, and the company is apparently looking to collect a round of funding to expand retails.

LOST TOUCH TO HERSELF?

But almost everything in life comes at a cost. While the star has been keeping herself busy with her business ventures, she has forgotten to be ‘Rihanna.’ The fan-favorite artist who used to release an album every year hasn’t launched one since her last work ‘Anti’ came out in 2016.

Many fans have complained about the artist turning herself into a business mogul and turning her backs on the people who put her there, but according to ot her consultant Coyne, Rihanna is doing just fine.

“She is creating a brand outside of herself. It’s not just about Rihanna,” said Coyne, explaining how it is good for her from a financial prospect. “Even if you don’t like her music, she’s created a real style in the fashion and beauty space.”

In a musical career that has left everyone in awe, Rihanna has produced various hit songs. The likes of “Umbrella,” “Unfaithful,” “We Found Love,” and many more have earned her much fame and acclaim that anyone would kill for. She has won 8 awards for her pieces, including the MTV Video Music Award in 2018, a Grammy Award in 2017, and multiple American Music Awards in 2015, 16, and 18.