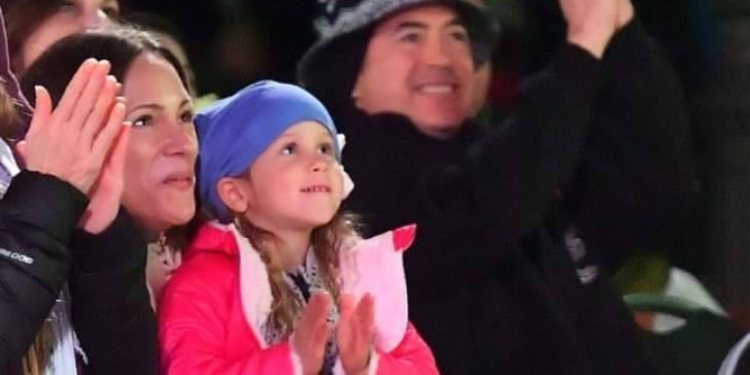 Avri Roel Downey is Robert and Susan’s second daughter. Robert Downey Jr. as we all know is the famous actor behind the iron suit of Iron Man. He posted this exciting news back in 2014 where he mentioned the full details about her birth. She was born on 4 November 2014 at 3:22 a.m., weighed 7lbs, and had a span of 20 inches from head to toe. In addition to this, he also mentions that she looks more like her mom than her dad. He jokes about Susan’s DNA overpowering his “junk” DNA.

Avri made her way into the hearts of her two elder siblings. She has a biological elder brother Exton Elias who is two and a half years older than her. Likewise, she has a half-brother Indio Falconer Downey from Robert’s previous marital relationship. He is currently 21 years old and is Robert’s eldest son and child.

Downey’s father is Robert Downey Jr. and her mother is Susan Downey (previously Levin). Her father is a famous Hollywood actor and producer. Likewise, her mother is also an American movie producer. The two of them first met during the shooting of the American supernatural horror movie, ‘Gothika.’ Avri’s parents initially did not hit it off but then their romance started behind the screens. Their marriage took place in 2005 and has been together ever since.

You might want to check out What Happened to Robert Downey Jr.’s Father.

However, prior to this, Robert faced a failed marriage with his ex-wife and her name is Deborah Falconer. She is an American singer and they were in a marital relationship back in the year 1992. Sadly, he was constantly having a trip back and forth from rehab because of his drug addiction. Due to this reason, they separated in 2004.

For more interesting content and exciting content about your favorite celebrities, please stay connected with us at Celebsgraphy.