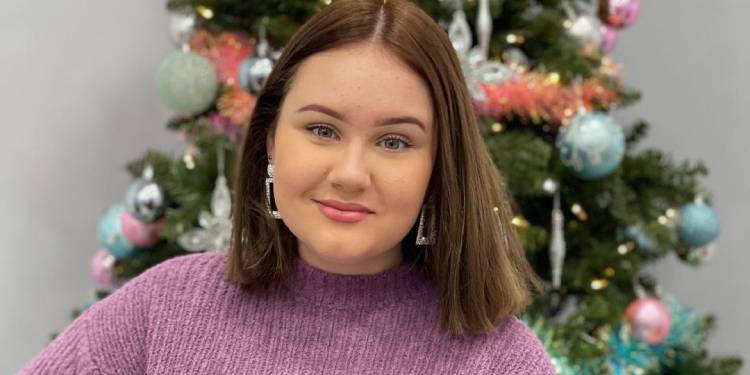 Ruby Rube is a famous British YouTuber. She is one of the most popular child influencers in the media today. She is well-known through her YouTube videos, where she loves posting comedy videos and fun challenges.

She is also a prankster, and she has also posted pranking videos. Please stick with us to know more about the young personality and the details of her life.

Ruby was born on 16 January 2006 in England, United Kingdom. She has not talked much about the identity details of her parents at the moment. But we do know that her parents are British.

Talking about her siblings, she grew up alongside her younger sister, and her name is Bonnie. Besides this, she is currently 15 years old with the zodiac sign of Capricorn.

Ruby holds British nationality, and she belongs to the white Caucasian ethnicity. She descends from British ancestry through her parents’ side. Apart from this, her religion is still a mystery.

Likewise, she has also not revealed her educational background and qualifications at the moment. Judging by the fact that she is 15 years old, it is safe to say that she is currently pursuing her schooling-level education. However, there is no information regarding the school’s name.

Rube is currently 5 feet (1.52m/152cm) tall, but her height will grow in the future as she is just a teenager. In addition to this, her current weight is around 43kg (94lbs). Apart from this, her body measurement is not available at the moment. Moreover, her hair is brown, and she has a pair of beautiful green-colored eyes.

Ruby is a YouTuber by profession. Her YouTube channel (Ruby Rube) has over 3.4 million subscribers, and she is a famous YouTuber. She joined the platform on 22 December 2015, and she has successfully garnered 531 million views on her content. She likes posting funny videos on her channel. She also does a lot of challenges and reviews videos.

One of Ruby’s most notable works came when she did the 3 a.m. and 24-hour challenge. She has around 43 videos under this challenge, and she has done a lot of spooky stuff in her videos. She wakes up at 3 a.m., which is infamous for being a witching hour.

According to the Western Christian tradition, supernatural events occur at their highest potential between 3 a.m. and 4 a.m. So she has done a lot of scary videos at 3 a.m. Some of her videos include calling Pennywise at three or doing the ASMR challenge at 3.

She also does reaction videos. She has reacted to videos like Creative TikToks and Try NOT TO LAUGH! She has also created her video where she reacts to her “biggest hater.”

Ruby’s third channel (Ruby Games) features the young YouTuber playing games like Roblox and Minecraft. She has over 1.13 million subscribers on the channel, and it is her newest channel. She likes keeping up with the trend, and she has also uploaded a video where she plays The Squid Game in Roblox. She also likes testing weird applications and gives her reviews on the channel.

Apart from this, Ruby Rube is also a famous TikToker. She has over 586 thousand followers with over 10.7 million likes on her account (@rubyrube1). She mostly posts lip-syncing videos along with some dancing videos on her account.

Unfortunately, despite being a famous personality, she has drawn a lot of criticism on her videos. Many people love seeing her content, but some people think that she is an awful YouTuber.

They say this because they believe her voice impressions are annoying, and she recreates the content repeatedly. However, she is just 15 years of age, and she works hard on her content to keep her subscribers entertained.

You might want to check out Avia Colette Butler.

Rube is most probably single and not in a relationship with anyone at the moment. She has not shared the details of her relationship, so she has most possibly been single to date.

In addition to this, she is too young to marry anyone, and she does not have any kids either.

Net Worth of Ruby Rube

Ruby is a successful YouTuber despite drawing a lot of criticism. She has millions of subscribers on each of her channels.

In addition to this, she also has her merchandise that fans can purchase through her official website. Fans can buy her official merch, which includes hoodies and t-shirts.

As of 2021, she has an estimated net worth of around $1.4 million which is an impressive fortune considering her age.