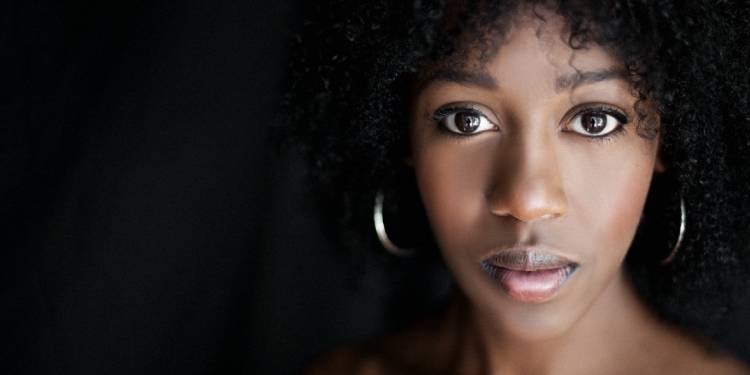 Rukiya Bernard is a Canadian actress, dancer, musician, and interior designer who is well-known for the portrayal of the main role of Doc for a total of 34 episodes of the fantasy horror drama television series, ‘Van Helsing‘. She was nominated by the Leo Awards as well as the UBCP/ACTRA awards for this role.

Another one of her most notable roles came in the year 2012 when she played a small yet noticeable role of a lab girl in the 2011 American horror comedy movie, ‘The Cabin in the Woods‘. She has appeared in a lot of small roles in the movie industry but she has recently been cast for the recurring role of Megan Marquant in the ‘One Winter’ television movie series.

Rukiya Bernard was born on 20 January 1983 in Toronto, Ontario, Canada to a mother whose name is Nyakiringa Magugu and to her father whose name is Gilbert Bernard. Her mother is an art store owner and her father owns a car wash. Her parents encouraged her to participate actively in sports and arts from a very young age. Unfortunately, there is not much information available regarding her sister’s identity but it is known that she was born and raised alongside her sister with whom she shares a very close relationship. Besides this, she is currently 38 years old with the zodiac sign of Aquarius.

Rukiya Bernard stands at a height of 5 feet and 4 inches (1.62m/162cms) tall and weighs around 54kgs (119lbs). In addition to this, she has a slim body figure with a body measurement of 34-26-33 inches respectively. Moreover, she has a pair of beautiful dark brown colored eyes with curly dark brown colored hair.

Unfortunately, there is no information available regarding Rukiya Bernard’s exact schooling details and the name of the institution from where she completed her schooling. However, it is known that she used to play basketball and also took part in track during her schooling days. In addition to this, she also used to take ballet, karate, and piano classes. For further studies, she studied and graduated from the Ryerson University which is a public research university situated in Toronto, Ontario where she pursued theatre as her major.

Prior to being known as an actress, Rukiya Bernard also actively participated in singing, dancing, and athletics. She used to play basketball, run track and also practice Karate. She used to take classical ballet as well as hip-hop dance lessons and she briefly was involved with a hip-hop dance group, the Phem Phat Dancers. All of the above-mentioned activities surely provide enough evidence of her extreme versatility which is one of the most important aspects of the entertainment industry.

Apart from this, Rukiya Bernard used to work in sales of her mother’s art store gallery. In addition to this, she is currently working as an interior designer during her free time and when she is away from the show business.

Moreover, Rukiya Bernard is also a writer, a director, and a producer as she has helped in the script, the direction, and the production of the short comedy movie, ‘The BFF Club‘ in the year 2013. In addition to this, she has also worked as a writer for the short documentary, ‘El Color Negro’ in the year 2020.

Rukiya Bernard landed her debut role in the entertainment industry in the year 2001 when she played a small role of a girl in the American teen comedy movie, ‘Get Over It’. One of her most notable roles in the movie industry came in the year 2012 when she played the role of a lab coat girl in the American horror comedy movie, ‘The Cabin in the Woods’. Furthermore, she is also well-known for the recurring role of Megan Marquant in the Hallmark Channel television movie series, ‘One Winter‘.

Rukiya Bernard’s breakthrough moment came in the year 2016 when she was selected for the main role of Doc in the fantasy horror drama television series, ‘Van Helsing‘. She has been playing the role since then and has appeared for a total of 34 episodes to date.

Rukiya recently appeared in a TV movie named “One Winter Wedding” which was released on 3 April 2021.

Rukiya Bernard was nominated by the Leo awards as well as the UBCP/ACTRA awards for her work in ‘Van Helsing’ in the Best Actress category. Besides this, she has won the Leo Awards’ Best Supporting Performance by a Female in a Dramatic Series award in the year 2019 for her work in the same.

Rukiya Bernard is married to her husband who’s name is P.J. Prinsloo. He is a professional music teacher from South Africa. Unfortunately, not much is known about their dating history or how they met but it is known that they got married sometime in the year 2000. The marriage ceremony was kept private to themselves and away from media attention. The couple was blessed with a son and a daughter after their marriage

Bernard earns primarily through her acting career as well as her interior designing career. As of the year 2021, she has managed to amass an estimated net worth of around $500,000.