The Real Truth About Sam Page and Cassidy Boesch’s Marriage 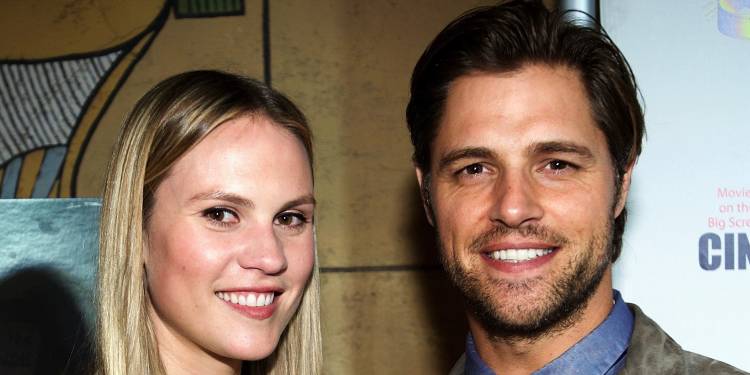 Cassidy Elliot Boesch is a famous American writer. Born and brought up in Santa Monica, California, United States, she is of Caucasian White ethnicity and belongs to German ancestry. Likewise, she came into fame after contributing her writing skills to the short historical documentary movie ‘All the Sins of the Past‘ in 2009.

In addition, she received more prominence and became famous for being the wife of the famous American actor, Samuel Page, better known as Sam. As she is the wife of famous actor Sam, her love came to fame. Audiences always show eagerness to learn about their favorite celebrity’s personal life. So please stick with us to know more about Sam Page and Cassidy Boesch’s love life and marriage.

How Did Sam and Cassidy Meet?

There is a fascinating story about how the two lovers met. Prior to their wedding, Sam believed that marriage is not an important thing. Though he would cherish his partner for the rest of his life, he was not accepting the legal aspect associated with it.

Talking about how this couple met, Sam was hanging out in a bar with his friend. They then made a promise about remaining single the whole summer. However, after he saw Cassidy, he fell in love with her. A mutual friend introduced them, and Cassidy and Sam talked all night.

How Sam Page Broke a Promise and Married Cassidy Boesch?

After the first meeting with her, Sam Page had a different feeling about their marriage and realized that it would be a thing. But, since the feelings between Sam and Cassidy Boesch were mutual, he broke the promise of being single in the summer that he made to his friend. And eventually started dating Cassidy.

Their love finally turned into a fairy tale wedding. They shared their vows on 8 November 2014 at Villa Sevillano in Montecito, California. Sam’s broken promise indeed turned to be a beautiful wedding.

Following Sam Page and Cassidy Boesch’s marriage, the couple is blessed with three children as of now. Their first son named Logan Page, was born on 27 September 2016. As of July 2021, he is currently four years old. Sam and Cassidy then were blessed with twin daughters. Their names are Annabelle Page and Evie Page, born on 11 August 2017.

For more interesting content and updates regarding your favorite celebrities, please stay connected at Celebsgraphy.