Who is Sandra Bullock?

Sandra Bullock is a popular and successful American actress who is popularly known as the world’s highest-paid actress in the years 2010 and 2014. She was also listed as one of the most beautiful women by people’s magazine in 2015. She has been seen working actively in her career since the year 1987.

Sandra Bullock, whose real name is Sandra Annette Bullock was born on 26 July 1964 in Arlington, Virginia, U.S. as a daughter of father, John W. Bullock, and mother, Helga Mathilde Meyer. Her mother used to be an opera singer and voice teacher where her father was an Army employee and also a part-time voice coach. She has a younger sister whose name is Gesine Bullock Prado.

Before Sandra Bullock became engaged to an actor Tate Donovan but after living in a relationship for 3 years they broke up their engagement. Later, on July 16, 2005, she got married to Jesse James who is a motorcycle builder and Monster Garage host. Later, because of some issues about James made her file for divorced and they were legally divorced on June 28, 2010. She has adopted a son who was born in January 2010 and later, in 2015 December, she has also made an announcement about adopting a second child as her daughter.

Sandra Bullock holds an American nationality and belongs to the mixed ethnicity of English, Irish, German, Swiss, and French. Currently, she is 56 years old with a height of 5 feet 7 inches (171 cm/1.71 m) and a weight of 54 kg. She has got body measurements of 34-24-34 inches and has dark brown hair with dark brown eyes. As she was born on 26 July, her zodiac sign is Leo. 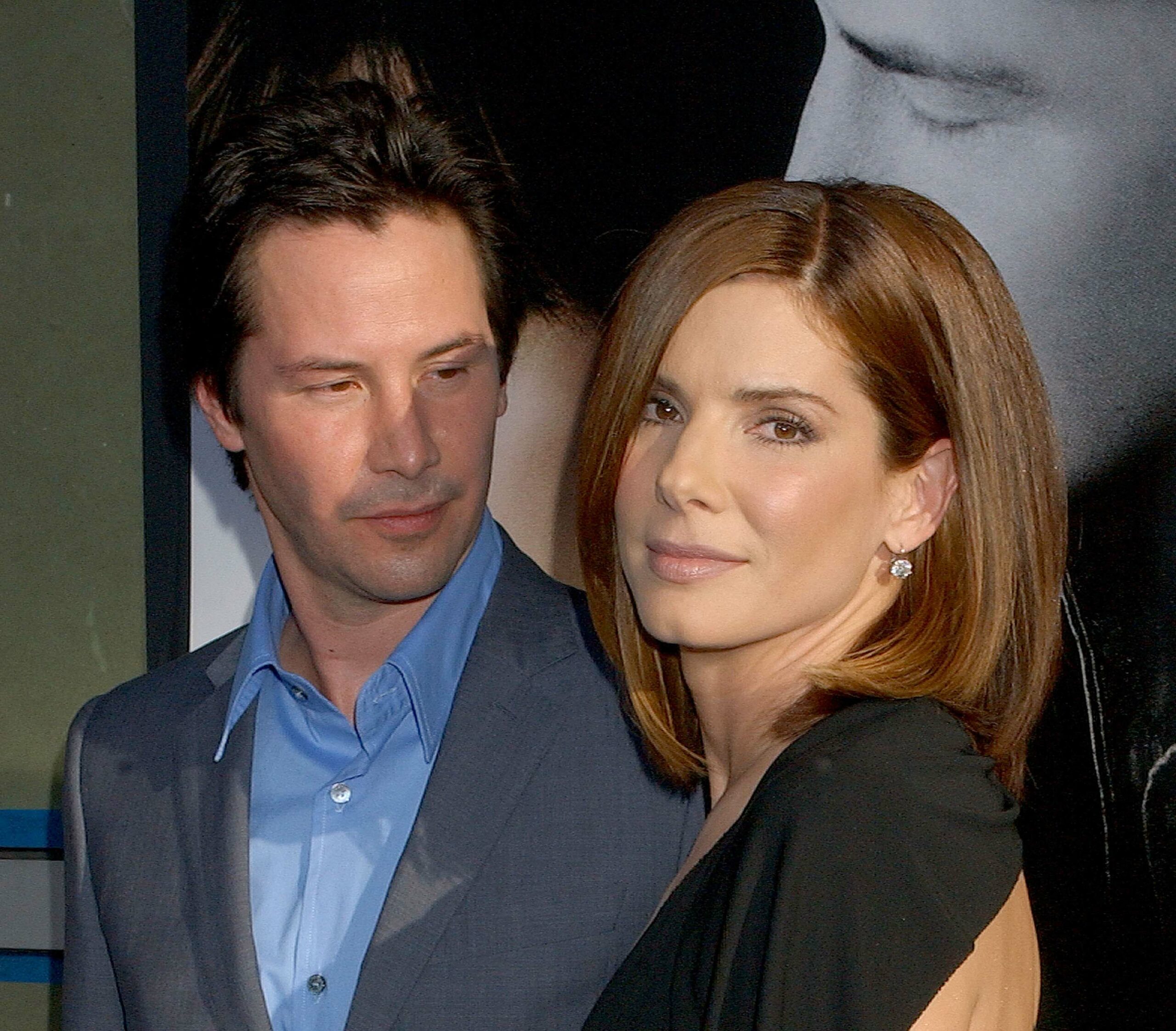 Earlier, Sandra Bullock spent her childhood in Nuremberg, Germany, and also in Vienna and in Salzburg, Austria. Before, she had got the education of Waldorf education. At an early age, she had taken the classes of ballet and vocal arts and also seen appearing on her mother’s opera productions. For her education, she had attended Washington-Lee High school and completed her graduation in 1982. After that, she went to join East Carolina University where she became able to receive a BFA (Bachelor of Fine Arts) in drama in the year 1987. Later, she moved to New York where she was seen working as a bartender, cocktail waitress, and coat checker.

Sandra Bullock started her acting career after she had been cast as Lisa Edward on an American action thriller movie “Hangmen” in 1987 which was written as well as directed by J. Christian Ingvordsen. After that, she was seen appearing as Debby Cosgrove on an American comedy movie “A Fool and His Money” in 1989. In the same year, she was cast into the role of Devlin Moran in the movie “Who Shot Patakango?” in 1989.

In the year 1992, she was seen appearing as Diane Farrow in an American romantic comedy movie “Love Potion No. 9” and then, in the following year, she was seen playing the role of Diane Shaver in an American psychological thriller movie “The Vanishing”. Later, she was also seen in Mathew Irmas’s directed movie “When The Party’s Over” in 1993. Further, she was seen playing the several movies like “The Thing Called Love”, “Demolition Man”, “Fire on the Amazon”, “Wrestling Ernest Hemingway”, “Speed”, “Who Do I Gotta Kill ?”, “While You Were Sleeping”, “The Net”, “Two If by Sea”, “A Time to Kill”, “In Love and War” and “Speed 2: Cruise Control”. 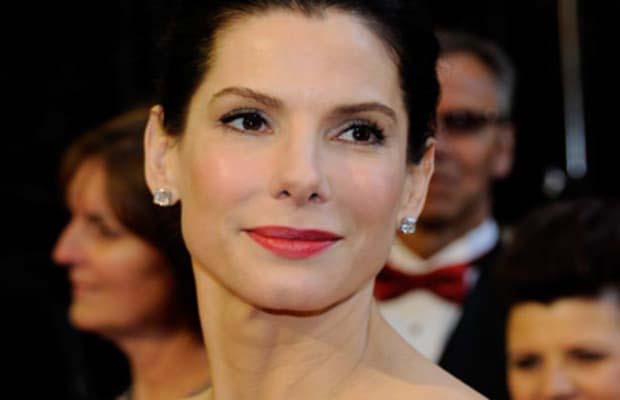 Likewise, Sandra Bullock was cast as Birdee Pruitt in an American drama movie “Hope Floats” which was directed by Forest Whitaker in 1998 where Mae Whitman shared the screen with her. In the same year, she played the role of Melba Club in a short movie “Making Sandwiches” which was written as well as directed by her. After that, she was seen appearing as Sally in an American romantic comedy fantasy movie “Practical Magic” in the same year. Further, she was also seen providing her voice over Miriam on an American animated musical historical drama movie “The Prince of Egypt”.

In 1999, she appeared as Lewis in an American romantic comedy movie “Forces of Nature” which was directed by Bronwen Hughes. After that, she was cast as Judy Tipp in her produced movie “Gun Shy” which was directed by Eric Blakeney in the year 2000. In addition, she was seen appearing in several movies like “28 Days”, “Miss Congeniality”, “Murder by Numbers”, “Divine Secrets of the Ya-Ya Sisterhood”, “Two Weeks Notice”, “Crash”, “Loverboy”, “Miss Congeniality 2: Armed and Fabulous”, “The Lake House”, “Infamous”, “Premonition”, “The Proposal”, “All About Steve”, “The Blind Side”, “extremely Loud & Incredibly Close”, “The Heat”, “Gravity” and “The Prime Ministers: The Pioneers” as a voice actor.

She was also seen providing her voice over the character Scarlet Overkill on an American computer-animated comedy movie “Minions” in 2015. In the same year, she was seen appearing on an American comedy-drama movie “our Brand Is Crisis”. After that, she was seen in the movies like “Ocean’s 8” and “Bird Box”. Further, she will be seen as Ruth Slater in her produced upcoming untitled drama movie. 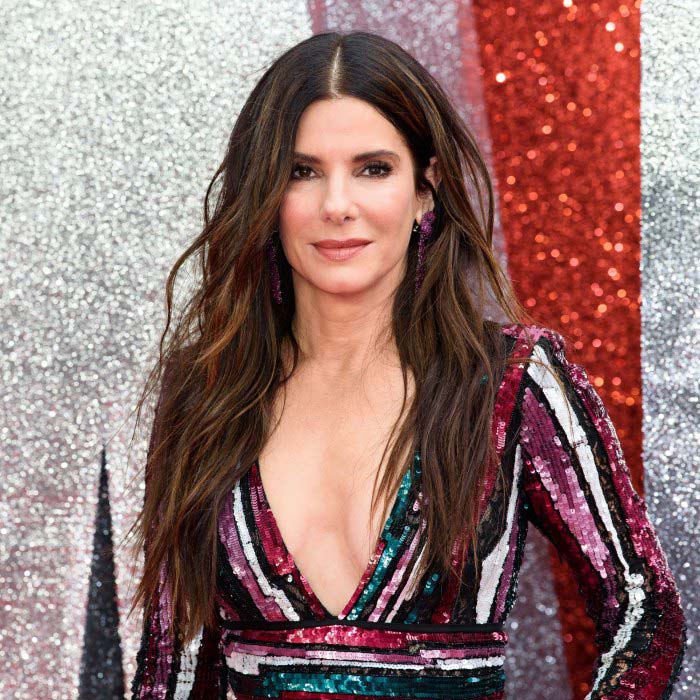 Sandra Bullock started her career after she had been cast as Kate Mason on a television movie “Bionic Showdown: The Six Million Dollar Man and the Bionic Woman” in 1989. After that, she was also seen as Barbara Webster on a series “Starting from Scratch” in 1989. In the same year, she was also seen playing the role of Stacy in a television movie “The Preppie Murder”. In addition, she was seen playing the roles in several movies including “Working Girl”, “Lucy Chances” and “George Lopez”.

The estimated net worth of Sandra Bullock is $200 million.