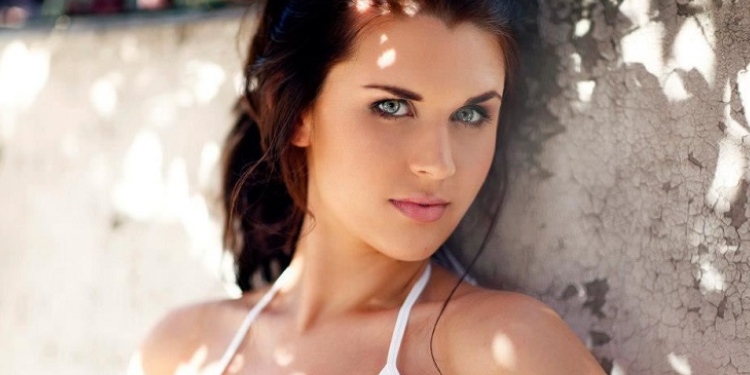 Sarah Mathers is a celebrity sister. She rose to prominence when her father publicly revealed that she is the half-sister of the American rapper, songwriter, business owner, and record producer Eminem. Please stick with us to know more about the rapper’s half-sister and her biography.

Sarah Mathers was born in 1982 in San Diego, California, the United States of America, but her exact date of birth remains a mystery. Talking about her parents, her mother’s name is still behind the curtains, but her father’s name is Marshall Bruce Mathers Jr. She has one biological sibling, and his name is Michael Mathers. Apart from this, her stepbrother’s name is Marshall Bruce Mathers III or professionally known as Eminem. Eminem had a difficult childhood as his father abandoned him and his mother when he was only six months old to start a new life with Sarah’s mother.

Eminem wrote many letters to his father as a child, but all of those letters came back to him unanswered. This created a sense of hatred in Eminem towards his father. He had also dissed his father through his songs and judged him for leaving Eminem when he was a kid.

The suspicion regarding Eminem’s relationship with her began to rise when she was attending a family barbeque. Eminem’s show aired at that moment, and that is when she started to wonder if he was her long-lost brother. She claims that she was aware that she had a brother, but she had no idea that Eminem would be her brother. Eminem’s real name should have crossed her mind very early, but she did not even guess that he would be her brother.

According to Contact Music, Sarah Mathers could finally clear her doubts when she heard her father talk with her aunt Edna and confirm that Eminem was her brother. Furthermore, she always thought that her brother Michael resembled Eminem. Since then, she has been in the limelight as Eminem’s long-lost sister. Besides this, she holds an American nationality, and she belongs to the white ethnicity.

After discovering that Eminem is her brother, Sarah and her father tried contacting the rapper; they also stated that his father tried contacting Eminem for many years but failed because of Eminem’s musical tours. He further mentioned that he had no interest in Eminem’s fame or money and just wanted to know if his first son would let him in his life again. Similarly, Sarah stated that she too had no interest in the Slim Shady, and she wanted to meet her real brother instead.

However, Eminem had other thoughts since his father never wrote him a letter. He stated that his father was trying to reach for him only after he rose to prominence. He expressed frustration by saying that his father never sent him anything, not even a single letter. Unfortunately, his father passed away at the age of 67 due to a heart attack. The siblings could spot Eminem during a tour, but he did not bother to talk to them. This broke Sarah Mathers’ heart, and she said that it was upsetting. However, she claims she will not give up hope and wait for Eminem to make the next move.

Sarah Mathers has not shared the exact details concerning her height, weight, and body measurements at the moment. She has a slim body figure, however. In addition to this, her eyes are light green, and her hair is brown.

Sarah Mathers is in the spotlight only through her connection with one of the pioneers of hip-hop music. Because of this reason, there is no information available regarding her professional career. But we do know that she used to work as a waitress back when she was around 23 years old. Apart from this, there has been no substantial evidence that talks about her professional career. In addition to this, she is also inactive on social media platforms, making it harder to know about her lifestyle and career.

Sarah Mathers is a private person. Apart from the fact that she is Eminem’s half-sister, there is little information regarding her personal life. Because of this reason, there is no information about her relationship and dating history at the moment.

Net Worth of Sarah Mathers

Sarah Mathers has not shared the details concerning her professional career at the moment. Because of this reason, we are unable to determine her net worth at the moment. Talking about her half-brother, on the other hand, he has had an immensely successful career in the world of music. As of the year 2021, Slim Shady has a tremendous net worth of $230 million approximately.