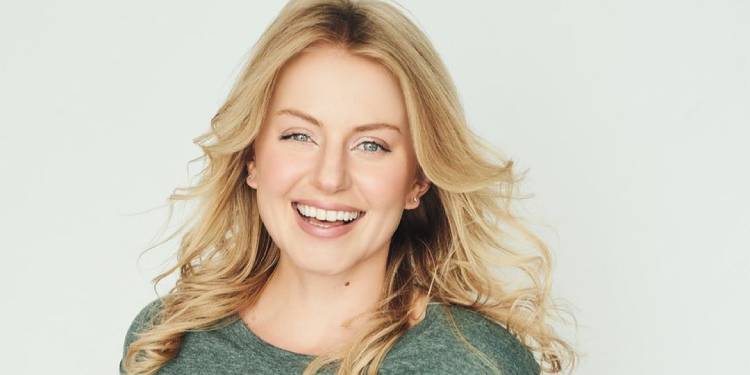 Sarah Minnich is an American television personality and actress. She has worked on many different movies and television shows throughout her career. She is best known as Ginger Galanti from the crime drama television series, Briarpatch. Additionally, she has also handled a lot of recurring roles in her career. Please stick with us to know more about the actress and her works in detail.

Sarah Minnich’s full name is Sarah Ashley Minnich. She was born on 17 October 1987 in the beautiful city of Los Angeles, California, the United States of America. Her mother’s name is Tambra Lynne Andrews, but she has not revealed her father’s name yet. A lot of other details concerning her early life are a mystery, including the details regarding her siblings. Besides this, she is currently 34 years old with the zodiac sign of Libra.

Sarah Minnich is an American by nationality, and she belongs to the white ethnicity. Sadly, the actress has not yet opened up about her religious views and practices. Talking about her education, online sources claim that she completed her schooling at a local high school in her hometown. Unfortunately, the name of the school she attended is currently a mystery. Moving on to her further education, she took acting classes at the Sol Acting Academy. In addition to this, she completed her education at the University of New Mexico and graduated with a Master’s degree.

You might want to check out Chelsea Edmundson from ‘Army of the Dead.’

Sarah Minnich stands at 5 feet and 7 inches (1.70m/170cm) tall, and she weighs around 59kg (130lbs). Unfortunately, her exact body measurements are still a mystery. However, we can tell that the actress has a slim body figure by looking at her pictures. Furthermore, the color of her eyes is blue, and the color of her hair is blonde.

Sarah Minnich stepped into the world of entertainment in 2007. The first role of her professional career came when she played an uncredited role of a carnival princess in the action, adventure, comedy television movie, The Dukes of Hazzard: The Beginning. Following this role, she went on to play a lot of minor roles in different television series and short movies like Random Natural Occurrence and In Plain Sight. However, her initial years were full of more minor roles and side characters like strippers, party girls, and waitresses.

The breakthrough moment of her career came after almost a decade in 2015. Sarah successfully grabbed the recurring role of Brenda in the crime drama television series Better Call Saul. She appeared for six series episodes and worked with the team till 2018. She also won the audience’s hearts in 2016 when she played the role of Kate in the short movie Days Young and Golden. The Albuquerque Film and Music Experience nominated her in the Best Actress Award category for this role. Sadly, she was unable to win the award for herself.

Another of the most remarkable works of her professional career came in 2020 when she appeared as Majors Deputy Sara Book for four episodes of the action, crime, drama television series Deputy. In addition to this, the audience also recognizes her for her work as Ginger Galanti for seven episodes of the crime, drama, mystery television series, Briarpatch. Moreover, she is famous for appearing as Jessica, the air hostess in the action, crime, horror movie Army of the Dead.

Additionally, Sarah Minnich is also currently working on many upcoming projects. Some of her upcoming movies and television series include projects like The Devil You Know and When You Finish Saving the World. Some of her works will hit the theaters in 2022, while a few of them are currently under post and pre-production stages.

You might want to check out Zack Snyder from ‘Army of the Dead.’

Sarah Minnich is also active on social media platforms, apart from her professional life. Her official Instagram account (@sarah.minnich) currently has over 4.6 thousand followers. She enjoys traveling, and she has posted many pictures from her outings. Likewise, she has over 3.1 thousand followers on her official Facebook page (@actresssarahminnich). In addition to this, she is also available on Twitter (@sarahaminnich), where over 900 people love keeping up to date with her tweets.

Sarah Minnich is a married person. She is currently in a marital relationship with her longtime boyfriend, and his name is Jannis Schelenz. She has not publicly talked about when they met or how they embarked on the beautiful journey of love. However, we are aware that the lovebirds walked down the aisle on 17 June 2019 and have been together ever since. Their marriage ceremony was small in the presence of their close friends and family members.

Net Worth of Sarah Minnich

Sarah Minnich makes her fortune by working as an actress. She has been a part of many different movies and television series throughout her professional career. She has also garnered a lot of name and fame for herself by doing what she does best. As of the year 2022, she has an estimated net worth that lies somewhere around $400,000.