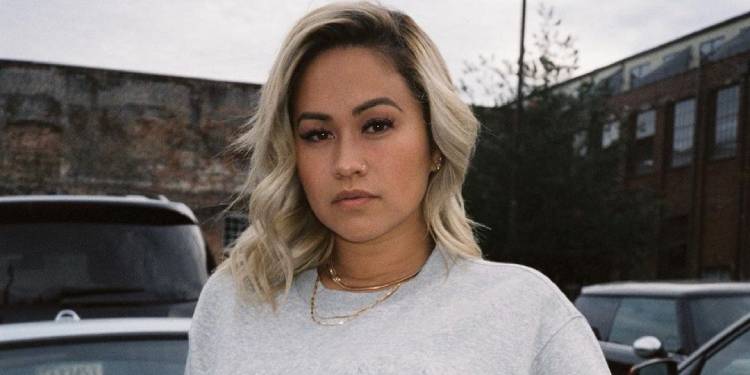 The social media sensation Sarah Vivan rose to fame as the mother of Lil Wayne’s child Dwayne III. As a radio personality, she co-hosts the Shade 45 Sirius radio show with DJ Drama and Don Cannon. She had previously worked for Streetz 94.5 and iHeartMedia Inc.

Sarah Vivan is a straight, single woman. Vivan has a son and a daughter, but she keeps those relationships and other aspects of her life private. Her daughter Essence Vivan was born in 2005 to an unidentified ex-boyfriend. Lil Wayne’s baby Dwayne Michael Carter III, occurred at Cincinnati’s Christ Hospital on October 22, 2008. Even though the pair later split up, Lil Wayne proposed to Sarah in July 2007. Unfortunately, there is no other information regarding Vivan’s prior relationships or romances.

Sarah, who is now 34 years old, was born in Cincinnati, Ohio, in the United States, on August 17, 1987. Her mother is Christina Tran, and her father is Jammie Ballew. Her two siblings are Jayde Mauldin and Elisabeth Mauldin. She is from a mixed-race Vietnamese-American family, but we know nothing about her religion. She was born under the lion sign and now calls Atlanta, Georgia home.

She completed her schooling at Lakota West High School, where she obtained her diploma. But she did attend the University of Cincinnati to study fashion. Later in 2011, she enrolled in the Atlanta Broadcasting Institute, earning a degree in radio and television broadcasting technology. In an interview, she said that while she had originally planned to pursue a career in fashion, she had changed her mind after a friend had urged her to try her hand at radio and journalism.

Vivan’s actual net worth is still unknown. However, she has worked in the industry for a long time and must have earned a lot. Vivan’s primary income comes from her radio host and corporate manager work. Her salary ranges from $44,000 to $104,000, but there is little information accessible on her possessions, including her home or cars. According to Muchfeed, the more appropriate range for her projected net worth is between $1 million and $10 million.

At the out-of-home advertising company Clear Channel Outdoor Global, Sarah started as an intern. She stayed there for around eight months. She then began working as a programming assistant for the media company iHeartMedia in September 2012.

To do her on-air duties, she joined Streetz 94.5 FM in 2012. While working at Streetz FM, she did in-depth interviews with prominent members of the entertainment world, such as Kelvin Hart and Drake. After working with Streetz, she joined the Sirius XM Radio radio broadcasting company. In 2018, Vivan worked as an account manager. She started working as an account manager at Engaged Media in 2018. In addition to hosting Streetz Is Watching, Sarah is a Sirius XM Radio broadcaster. Additionally, she is a radio host and a goalkeeper trainer for Inter Atlanta FC.

Click here to read about The Real Indian Dad.

Sarah Vivan stands 5′ 7″ tall and weighs around 60 kg. She frequently dyes her naturally black hair yellow, gray, and various hues. Her eyes are brown as well. However, we know nothing about her current shoe and clothing sizes and her further body measurements, like her breast, waist, and hips.