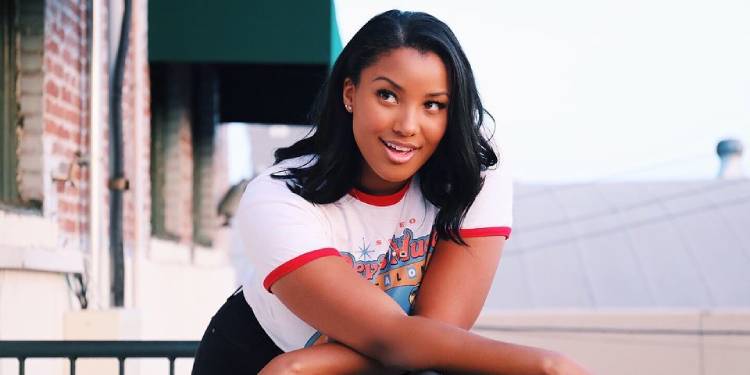 Sasha Gabriella Fox is an American actress, director, model, and writer. She is well-known for her work as the director of the 2013 short video, ‘Superdate.’ In addition to this, she is also a celebrity child. She is Rick Fox and Vanessa Williams‘ daughter. Please stick with us to know more about the actress and the biography of her life.

Shasta Gabriella Fox was born on 1 May 2000 in New York City, New York, the United States of America. Her mother’s name is Vanessa Lynn Williams, and her father’s name is Ulrich Alexander Fox. She does not have any biological siblings, but she does have a lot of stepsiblings through her parents’ side.

She has an elder stepbrother named Kyle Fox through her father’s previous relationship with Kari Hillsman. Likewise, he has three elder stepsiblings through her mother’s previous marriage with Ramon Hervey. Their names are Melanie Hervey, Jillian Kristin Hervey, and Devin Hervey. Besides this, Sasha is currently 21 years old with the zodiac sign of Taurus.

Sasha Gabriella Fox is an American by nationality, and she belongs to mixed ethnicity. She descends from African-Bahamian, Italian, and Scottish ancestry through her father’s side. Likewise, she falls from African-American, English, and Welsh origin through her mother’s side. Sadly, she has not shared the details of her religion at the moment.

Talking about her education, she was a student of The Hervey School located in New York. For further education, she enrolled at the Chapmans University Dodge College of Film and Arts. She graduated with a degree in movie production from the university.

Sasha’s father is a well-known Canadian former basketball player. Born and raised in Toronto, Ontario, he has also made on-screen appearances as an actor. He is also a businessman and a former esports franchise owner. He has scored 8,966 points in his entire career as a basketball player, and he has 9.6 points per game. He played as a small forward for professional teams like the Boston Celtics and the Los Angeles Lakers.

Likewise, Sasha’s mother is a famous actress, singer, and fashion designer by profession. She rose to prominence as the first African-American woman to wear the crown of Miss America in the year 1984. She is also famous for playing the role of Teri Joseph in the 1997 American comedy-drama movie ‘Soul Food.’

In addition to this, her sister Jillian is also a prominent singer and dancer. People widely recognize her as one of the members of the R&B duo, Lion Babe.

You might want to check out Sheree Whitfield’s son, Kairo Whitfield.

Sasha Gabriella Fox stands at the height of 5 feet and 6 inches (1.68m/168cm) tall, and she weighs around 52kg (114lbs). She has a curvy body figure with a body measurement of 34-26-39 inches, respectively. In addition to this, the color of her eyes is light brown, and the color of her hair is black.

Sasha Gabriella Fox gave her debut performance in the entertainment industry as an actress in the year 2000. She played a minor role of a baby in the television movie ‘A Diva’s Christmas.’ Following this, she landed the role of Crystal Robertson in the 2012 television series ‘Justice for All with Judge Cristina Perez.’ She gave her last appearance as an actress when she played the role of Haley in the television movie ‘One Fine Christmas.’

In addition to being a talented actress, Sasha has also worked as a director, writer, editor, and cinematographer. She held these positions while working on the short movie called ‘Superdate’ in 2013. Furthermore, she has also appeared as herself in the documentary series called ‘E! True Hollywood Story’ in 2007. Moreover, she is also a talented model. She currently works with Natural Models LA as well as One Management New York.

You might want to check out Delonte West’s wife, Caressa Suzette Madden.

Sasha Gabriella Fox is possibly single and not in a relationship with anyone at the moment. She is currently working on her professional life, so she does not have time to focus on relationships. However, she did draw a lot of attention when she went to her prom party with her friend Aaron as her date.

While many believed that they were a couple, this turned to be false as they were just friends and nothing more. Apart from this, she has not married anyone yet, nor does she have any children.

Net Worth of Sasha Gabriella Fox

Sasha Gabriella Fox makes her fortune through her career in the show business. In addition to this, she is also a successful model, and she has done a lot of modeling. As of the year 2021, she has an estimated net worth that lies somewhere around $500,000.