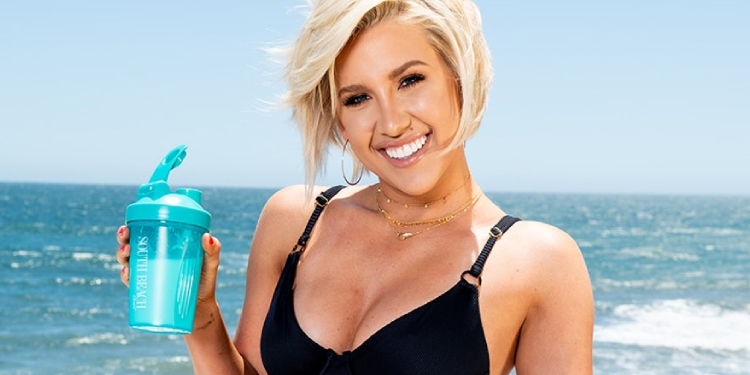 Chrisley was born and raised in Atlanta, Georgia, the USA holding an American nationality and white ethnicity. Her sun sign is Leo. She is an American millionaire, real estate tycoon Todd Chrisley, and Julie Chrisley, growing up with her three brothers and sisters. Her siblings Chase Chrisley, Grayson Chrisley, Lindsie Chrisley, and Kyle Chrisley. Her father is very close to her, and Chrisley loves her mother so much. However, among her siblings, she is close to her brother chase and her younger brother Grayson, niece Chloe.

Savannah at first attended Lipscomb University in Tennessee but later moved to Belmont College to pursue a degree in Music Business. Chrisley is an astute student getting straight A+ marks and getting a 4.2-grade point average to boast of. In addition, Savannah had won Miss Tennessee Teen USA in 2015. Also, in 2016, she slightly missed the chance of getting in the top five in the Miss Teen USA pageant.

Recently it got known that savannah is creating her fashion sportswear line for HSN. In an interview, her father disclosed that a new show, “Growing Up Chrisley,” will follow savannah and her brother Chase as they enter college life. Savannah Chrisley got impelled by her enthusiasm for the industry to become a manager or agent for a famous artist.

Savannah started her career as a reality TV star from her family show named ‘Chrisley knows Best.’She has been a regular member of the cast since the very first episode released on March 11, 2014, all over four seasons. In addition, Savannah Chrisley has emerged in many other TV series like The View, Today, Steve Harvey, and The Real.

Savannah Chrisley played an actress on a big screen with the 2016 movie Sharknado: The 4th Awakens. Savannah shared her makeup and fashion style with the public when her participation in the pageants befriended some models, including’ Miss Nevada Chrissa Morrow

Chrisley also has high fame in social media and new media platforms, in Instagram with 2.2m followers and Twitter with 335k followers and 1.4m followers on Facebook. Savannah Chrisley is an inspiration and role model for her fans; her fans have always praised her for her modesty and sincerity. Apart from being a gorgeous and brilliant girl, following her dreams and spreading awareness in domestic violence, encouraging youths to believe in themselves.

Savannah Chrisley is upraising and speaking with people to look pretty, asserting ‘no amount of makeup will make one beautiful.’ She spends her spare time catching up on social media and interacting, communicating with her fans. Even though she does something wrong, even celebrities make mistakes, she points out her mistake, and she is quick enough to correct them.

Savannah has dated many celebrities in the industry and entertainment world, including Luke Kennard(American basketball player, May-August 2017), Blaire Hanks (2015- 2017), Chandler parsons(2017 ). In addition, Chrisley star’s boyfriend, pro hockey player Nic Kerdiles proposed to her on Christmas Eve, declaring on Wednesday. Both of them had met through Instagram and had been dating since November 2017.

Nic asked Chrisley’s dad’s permission through face-timing him. Nic proposed Savannah Chrisley with a 5-carat radiant brilliant-cut diamond ring on a band of 18 round brilliant cut diamonds, designed by Dror Flantzman in Nashville. Savannah said, “We’re just taking our time, and we know that we want to spend the rest of our life with each other.”

As a member of one of the wealthiest families and one of the most popular shows, Savannah Chrisley has earned a lot of wealth before stepping on her career. She is a fashion blogger, television celebrity and gained most of her wealth through it. Her total net worth got estimated to be around $1 million.