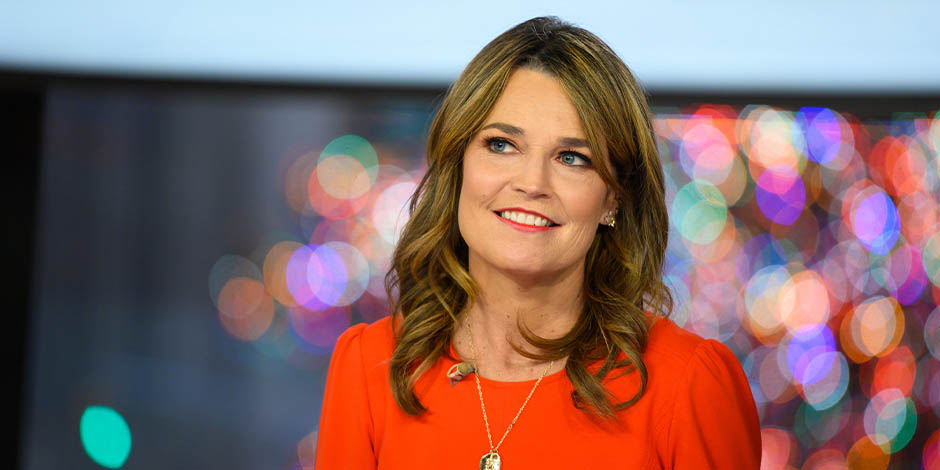 Savannah Guthrie is a professional journalist and an attorney from America and is currently working as the co-anchor for the American news channel Today. She is also the former White House correspondent who served the White House for three years.

Guthrie was born on 27th December of 1971 in the capital of Victoria state, Melbourne, in Australia. She is the daughter of Charles Guthrie and Nancy Guthrie. Even though she was born in Australia, she grew up in the United States after moving to the Arizona state, Tucson. Thus, she belongs to American nationality. She also has a sister named Annie Guthrie and a brother, Camron Guthrie.

In Tucson, she went to Amphitheater High School and joined the University of Arizona after high school completion. She graduated from the university with a bachelor’s degree in journalism in 1993. 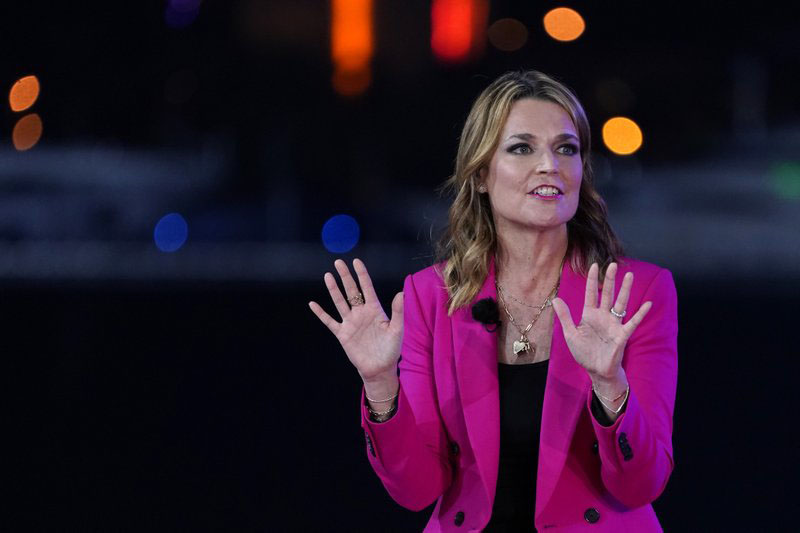 Savannah Guthrie started off her career at KMIZ, which is an American Broadcasting Company (ABC) affiliated with a broadcasting team. After two works working in the KMIZ, she went on to work in NBC affiliated TV show, KVOA, in Arizona. Then she joined the NBC affiliated another TV show, WRC-TV, after five years in KVOA. She played a significant role during her time in WRC-TV in Washington, D.C. During her time there, she covered the 9/11 terrorist attack that happened in the Twin tower. She also covered the news of The Pentagon attack and Amerithrax or also called the 2001 anthrax attacks, which is an attack that occurred after the incident of 9/11.

Savannah Guthrie also worked as a lawyer or litigation associate. She provided help for Martha Stewart, an American businesswoman and TV personality’s case, and the legendary singer Michael Jackson’s case.

In 2007, Savannah Guthrie returned to her job as a journalist. She worked for NBC News as a correspondent. During her time as a correspondent, she covered the news regarding Sarah Palin’s presidency as vice-president. Guthrie was declared as White House correspondent on 18th December of 2007. Then she started covering news for NBC News regarding the information of president and White House. She retired from the White House correspondent in 2011, but she is still remarkable in making quick questions and fact-check about the President’s work. In 2020, Guthrie was highly praised for her debate with President Trump in a virtual presidential discussion. 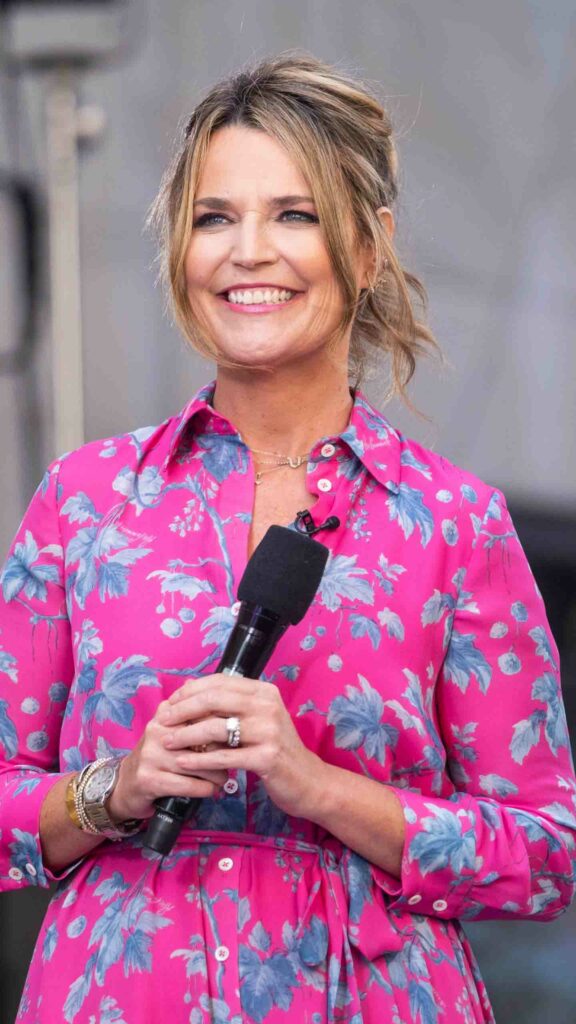 Savannah Guthrie started to co-host for the American news show called The Today Show in 2011. Before working in The Today Show, she worked in The Daily Rundown as a co-host but left the show on 9th June of 2011 to be part of The Today Show. At the same time, she also received the opportunity to become a chief legal analyst for NBC News. She replaced the former The Today Show anchor and journalist Ann Curry and made her anchoring debut on 9th July of 2012 alongside the former American news anchor, Matt Lauer.

During her time as co-host in The Today Show, she covered the issue of Barack Obama’s “birther” controversy interviewing the current president Donald Trump in 2011. She also took the step of polling the guilty found Conrad Murray regarding Michael Jackson’s death. She also provided the best evidence and depth information regarding the Islamic terrorist Osama bin Laden’s death.

Savannah Guthrie was committed to Mark Orchard, a professional reporter, and journalist currently working as a presenter on BBC News. He was committed to Anne Kornbult before, who was a Pulitzer Prize-winning American journalist. Guthrie later married Michael Feldman, a democrat, on 15th March of 2014. She was already four months pregnant during her marriage. They have two children, namely Vale Guthrie Feldman, daughter born on 13th August of 2014, and a son named Charles Max Feldman, born on 8th December of 2016. She is currently living with her family in her home in New York, although her house’s exact location is still unidentified.

Savannah Guthrie is an active social media user, with over 975 thousand followers on Instagram and over 969.5 thousand followers on Twitter. She goes by the name @SavannahGuthrie in both of her accounts. Regarding her personal life, she is quite open and doesn’t hesitate to open about her family and herself to the public. She is seen posting the pictures of her babies and her husband and posts regarding her work and so on. 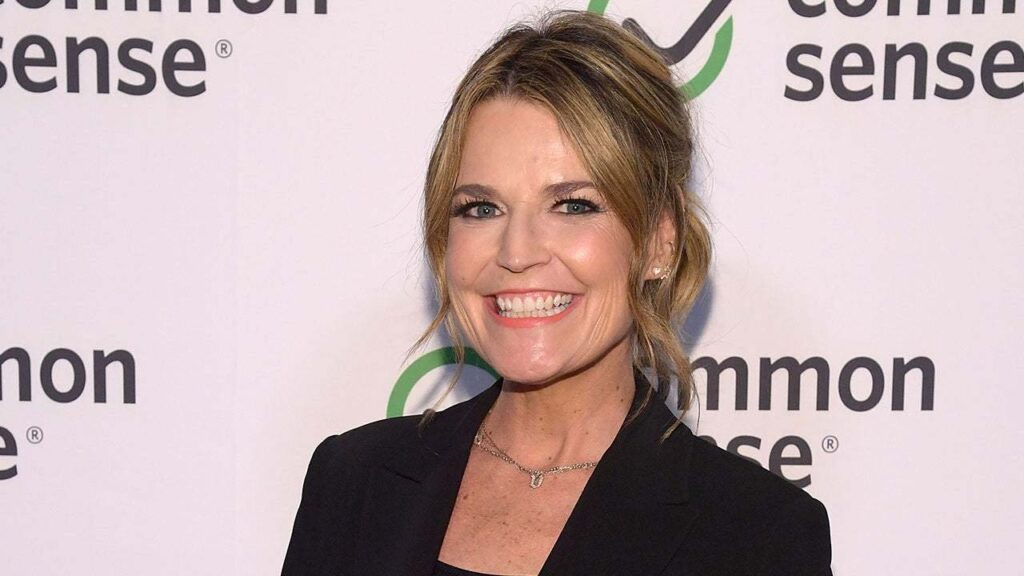 Savannah Guthrie has the perfect, beautiful body, which is believed to be in a banana shape. She has a height of 5 feet and 10 inches with a weight of around 60 kg. Her body measurements are 34-25-35 inches. In terms of her physical health, she is seen doing some yoga and gymnastics on her Instagram. Thus, being the mother of two, she has an incredible body figure and dynamic character. She possesses blue eyes and blonde light brown hair.

She belongs to white ethnicity, and her zodiac sign is Capricorn. Her sexual orientation is straight.

Savannah Guthrie has a net worth of 30 million dollars as of 2020. She earns her millions from anchoring and journalism. Her annual salary is 8 million dollars.