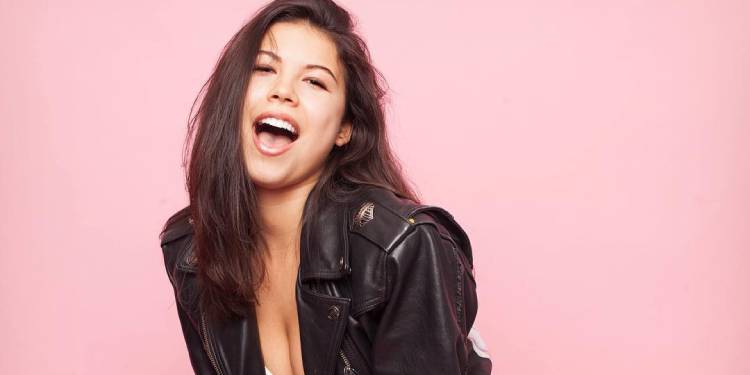 Sea Shimooka is an American actress. She is well-known for portraying the role of Emiko Queen in the action-adventure, crime television series ‘Arrow.’ With her debut performance landing in the year 2015, she is a new face in the entertainment industry. Please stick with us to know more about the new talent and her contribution to the television and movie industry.

Sea was born on 6 February 1995 in San Francisco, California, the United States of America. Unfortunately, she has not revealed the identity details of her parents at the moment. But we are aware that her father is of Hawaiian and Japanese descent while her mother is of English and French descent. She has also not shared much information about her early life, and this includes her sibling details. Therefore, we are unsure if she is a single child of her parents or has brothers and sisters. Besides this, she is currently 26 years old with the zodiac sign of Aquarius.

Sea stands at the height of 5 feet and 5 inches (1.65m/165cm) tall, and she weighs around 52kg (115lbs). In addition to this, she has an hourglass-shaped body figure with a body measurement of 30-25-32 inches, respectively. Furthermore, her eyes are black, and her hair is also black.

Shimooka has not talked much about her high schooling years. All we know is that she used to participate in sports actively. She was also in the school’s volleyball team, and she played for varsity and club level volleyball. For further studies, she studied at the New York University Tisch School of the Arts. She completed her graduation in the year 2016 with a Bachelor of Fine Arts degree.

According to online sources, Shimooka is currently in a relationship with her boyfriend, and his name is Ty Lord. But apart from his name, there is no information on him. Things like who he is or what he does are entirely a mystery. Moreover, the details regarding their relationship, including when they began dating or how the two of them met, are also behind the curtains. Besides this, she has not married anyone yet, nor does she have any children.

Shimooka has also stayed clear from any rumors or controversies. However, there was gossip about her looking like Kourtney Kardashian, an American media personality and model. But this gossip existed in 2016, and there are not many details regarding this topic currently.

Sea gave her debut performance in the entertainment industry in the year 2015. She appeared in two short movies, ‘Small Black – Boys Life’ and ‘Wonderland’ in minor roles. The breakthrough moment of her career came in the year 2016 when she landed the recurring role of Katherine in the miniseries ‘Happy New Years.’ Likewise, another one of her most remarkable works came in the year 2018. She played the recurring role of Emiko Queen A.K.A. Green Arrow A.K.A. Red Arrow in the action-adventure, crime television series ‘Arrow.’ Sea appeared alongside actors like Stephen Amell, David Ramsey, and Katie Cassidy in the series.

In addition to this, Shimooka has also appeared as Jen in the 2020 comedy-drama movie ‘Pink Skies Ahead.’ She is currently working as a writer, director, and producer in the upcoming film, ‘Berlin.’ She will be portraying the role of Sara, and the movie is currently under post-production.

Shimooka has not won any awards to date as she is a fresh face in the industry. However, Teen Choice Awards did nominate her in 2019 in the Choice TV: Villain category for her contribution to the series ‘Arrow.’

Shimooka earns from her professional career as an actress. In addition to this, she can garner a handsome amount of fortune through her sponsored Instagram posts. She has done photoshoots for agencies like Playboy and The Trevor Project. As of 2021, she is estimated to have a net worth of around $200,000.