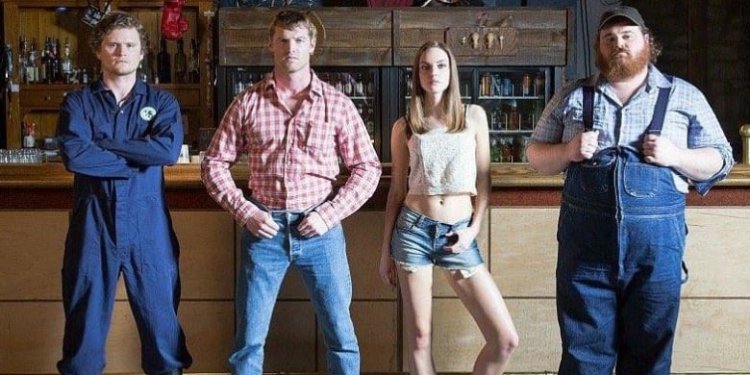 ‘Letterkenny’ is a Canadian television sitcom that has been airing since 7 February 2016. The name ‘Letterkenny’ tells us about a small Canadian settlement with the same name. With a total population of 5,000 settlers, the movie features Jared Keeso and Michelle Mylett as their main characters. In the show, they play the role of siblings Wayne and Katy, respectively. It also focuses on characters like Daryl (played by Nathan Dales) and Squirrelly Dan (played by K. Trevor Wilson). The sitcom boasts a fast-paced comedy that takes place in their small town of Letterkenny.

The show is the first to appear on the premium Canadian television network, Crave and its first episode aired on the network in 2016. The movie takes its storyline from Keeso’s short web series, ‘Letterkenny Problems’, that he uploaded on YouTube. The series was able to garner many audiences, and it also won a nomination for the Best Original Fiction Program through the Canadian Screen Awards. Many people believe that the show portrays a ghost town of Renfrew County, but the cast members confirm that it is purely fictional.

Jared Keeso is a famous Canadian actor, screenwriter, and producer. He is responsible for creating the show, and it is pretty popular with a lot of positive reviews. Canadian actor and director Jacob Daniel Tierney works alongside Keeso for the further development of the show and is also the director and a writer. Other writers of the show include Jonathan Torrens, Jesse McKeown, and Trevor Risk. The show features Indian Wars’ ‘Who Needs a Girl Like You’ as its opening theme song. The show has aired a total of 61 episodes in 9 seasons to date.

Find out what happened why fans want Jared Keeso as Wolverine.

The show announced that it would begin producing the tenth and eleventh seasons in September 2020 but could not as the COVID-19 pandemic postponed the filming. After the postponement, they finally began production in June 2021 and also announced a spinoff called ‘Shoresy’ which will feature a more detailed story about the hockey player, Shoresy. According to the show’s development team, the new seasons will introduce new characters as outsiders enter the town of Letterkenny. The show will air exclusively on Crave and will most probably debut later this year.