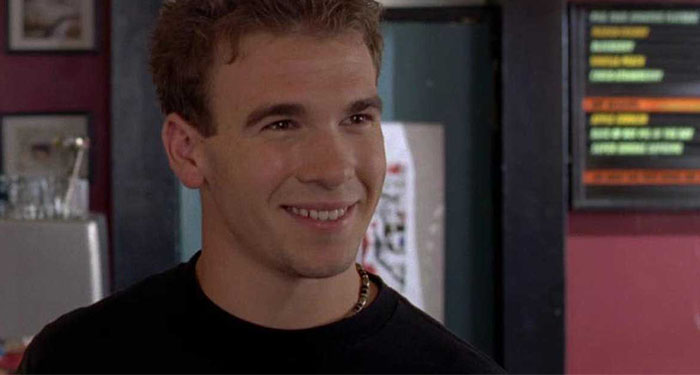 Shane Kippel is a Canadian actor who is well-known for portraying the role of Gavin ‘Spinner’ Mason in the Canadian teen drama television series ‘Degrassi: The Next Generation’ (starring Drake, Miriam McDonald, Shane Kippel, Lauren Collins, Stefan Brogan ). He has portrayed this role in numerous installments of the series, including the 2008 television movie, ‘Degrassi Spring Break Movie,’ the 2005 video, ‘Jay and Silent Bob Do Degrassi,’ and the 2009 television movie, ‘Degrassi Goes Hollywood.’

He is also famous for playing the son’s role in the 2020 short movie, ‘The Beacons of Gondor,’ for which he has won two awards and accolades shared with the movie’s cast. The same year, he played the role of Jeff in another short film called ‘Inside the Actor’s Cult’ for which he was nominated and awarded by the Canada Shorts Film Festival award for the Best Comedy, which was shared with the cast of the movie.

Kippel’s full name is Shane Warren Kippel. He was born on 4 June 1986 in Toronto, Ontario, Canada, to parents whose identity was not made public by the actor. He was born and raised by his parents alongside three brothers whose names are not known, but it is known that one of the brothers currently resides in Israel. Besides this, he is now 34 years old with the zodiac sign of Gemini.

Shane holds Canadian nationality and descends from Ashkenazi Jewish ancestry. Therefore, he is Jewish, and he practices Judaism as his religion. Besides this, he stands at the height of 5 feet and 10 inches (1.78m/178cms) tall and weighs around 73kgs (161lbs). Moreover, he has a slim body figure with a pair of brown-colored eyes with brown colored hair.

You might want to check out Sofia Vergara’s Relationship.

Kippel studied and completed his studies at the Newtonbrook High School located in Ontario, Canada. Unfortunately, there is no information available regarding his further studies and qualifications.

Moreover, he can also be seen in the war drama television series ‘Combat Hospital,’ where he appeared as LCPL Chuck Braddock for an episode. In addition to his acting career, he has also worked as a producer as well as starred as Solider, Jeff, and the son in the recent short movies of the year 2020, ‘Survival Smarts,’ ‘Inside the Actor’s Cult’ and ‘The Beacons of Gondor’ respectively. Furthermore, he has also helped write the script of the short comedy movie ‘Survival Smarts.’

Besides his acting career, he has also appeared in the music video for the Canadian rapper, singer, songwriter, actor, and entrepreneur Drake‘s “I’m Upset” in 2018.

All of the mentioned awards were shared with the cast members, and he has not won any individual awards to date. However, we hope to see him build a successful future and win numerous awards and accolades in the upcoming future.

Shane is currently involved in a romantic relationship with his girlfriend, whose name is Esra Lauraleia. The exact information regarding the beginning of their relationship is unknown, but their relationship was confirmed after Shane posted their picture on his Instagram. However, the couple has shared no plans or dates for engagements or marriages and is happy the way they are at the moment. Moreover, Shane Kippel has not married anyone yet, nor has he fathered any child to date.

Shane earns primarily from his acting career, and as of the year 2020, he has an estimated net worth of around $1 million.