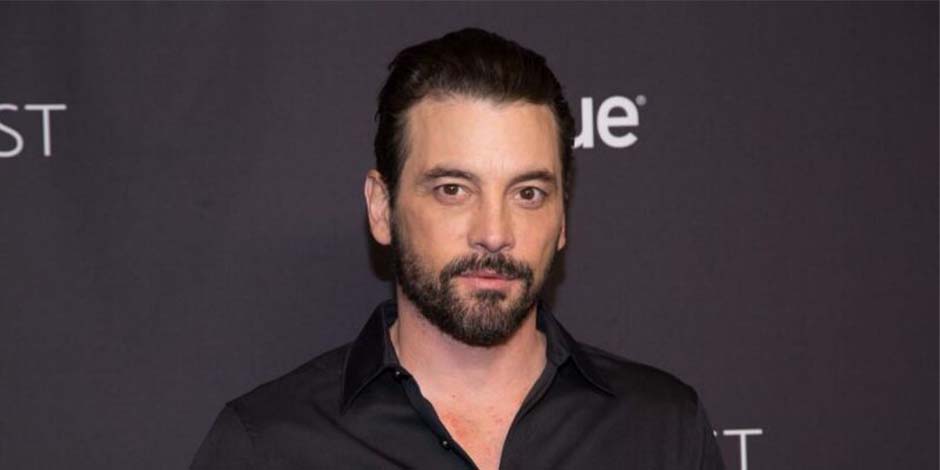 Everyone has a different story of life. The experience varies from person to person. But the thing is there is a value of the experience if one does something great for society. Anyone who has contributed to society, is loved by the people or hampered the society or say connected with society somehow, such stories grab the attention of people.

There are also a lot of stories which are not so special or any related to the society. But there can be an excellent story even in these cases. Likewise, Skeet Ulrich has stories that seem to be quite unbelievable and jaw-dropping to hear. The actor is popular for his appearance in “Scream” and “Riverdale.” But he himself has a lot of experience that increases the interest of the audience if a film is made on his life.

Carolyn Elaine Wax gave birth to Skeet in Lynchburg, Virginia on January 20, 1970. She is the owner of special events marketing agency Sports Management Group. His father is a restaurateur. He has got his surname from his stepfather D.K. Ulrich. D.K. was a NASCAR driver. Later, his mother marries Lewis Edward Wax.

According to Skeet, his real father had kidnapped him and his brother. It was when Skeet was six years old. Then, the three kept migrating from Florida to New York to Pennsylvania. His father disappeared from their life after uniting with his mother in North Carolina.

He got his name “Skeet” from his nickname “Skeeter.” His little league coach had given him the nickname due to his tiny stature. His immunity power was weak. Skeet underwent open-heart surgery at the age of 10. 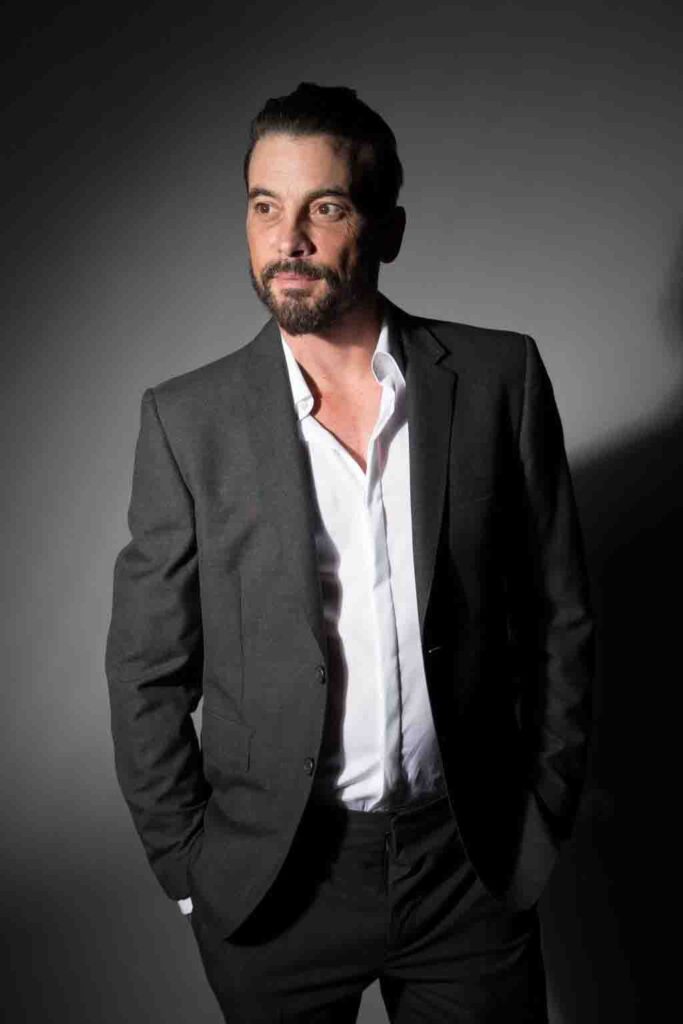 Skeet Ulrich did his formal education from Northwest Cabarrus High School. He joined the University of North Carolina at Wilmington for studying Marine Biology. But he transferred to New York University later. David Mamet recognized him at the university.

Skeet Ulrich started his career with uncredited appearances in movies like “Weekend at Beenie’s” (1989) and “Teenage Mutant Ninja Turtles” (1990). Then, he joined the Atlantic Theatre Company. After his appearance in a few dramas, he grabbed the eye of Stacy Cochran. This got his break in “Schoolbreak Special.”Then appeared in “Boys” in 1996. The same year, he played in “The Craft”. Then, came the turning point of Skeet. He got the opportunity to be part of “Scream” in the same year.

Likewise, the movie not only was commercially successful but also a great achievement in the life of the actors. All the actors gave their best in the scary movie while it’s making but it’s the result was totally unexpected. In a post successful interview of the movie, Skeet has said that they knew it would be scary and different but didn’t expect $80 million out of it.

Then, he was part of TV series like “Miracles”, “Into the West”, ” The Magic of Ordinary Days”, and “Jericho” during 2005 and 2008. He is also known for his powerful voice. Skeet has lent his voice for the animated comedy series “Robot Chicken.” He was also part of the movie “Elizabeth Smart” and “Escape Room” in 2017. Then, he appeared in he became part of the series “Riverdale” from 2017-2020. He had announced on February 23, 2020, that the fourth season of “Riverdale” would be his last one. Skeet portrayed the role of Forsythe Pendleton. People have loved his role and performance. 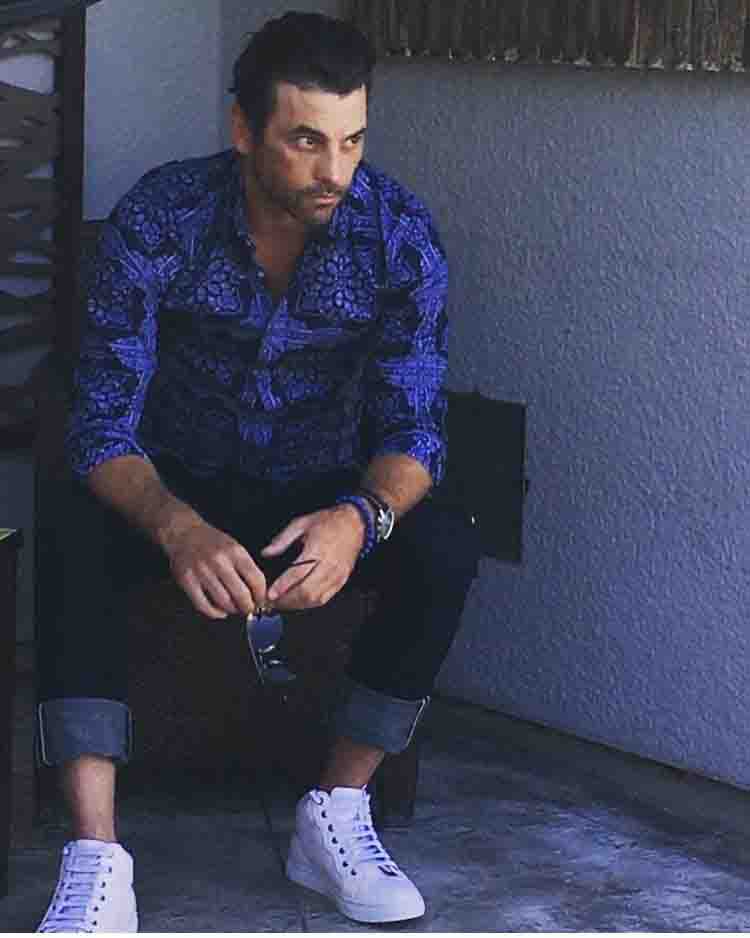 Skeet Ulrich had been successful to find the right match for his life while paving his career. He field knot with Georgia Cates in 1997. They had a private marriage ceremony in the presence of family and closed friends in Madison County, Virginia. The couple got blessings of twin children in 2001. They have named the son-Jakob Dylan and daughter Nadia Rose. Unfortunately, the couple divorced in February 2005. But his former wife alleged him he owed her $284,861.84 in missed child support payment in February 2013. The court pled him not guilty.

Likewise, Skeet Ulrich married Amelia Jackson-Gray in 2012. But as things didn’t work out between the couple, the couple divorced in 2015. Then, he exchanged rings with model Rose Costa. Even this time, Skeet found to be unlucky for getting his perfect match and got separation in November 2017.

Skeet Ulrich is quite active on Instagram. He goes with the name of “@sketchulrich” on Instagram with 4.2 M followers. His photographs from Instagram is always carrying a strong message and a story and complementing his personality. 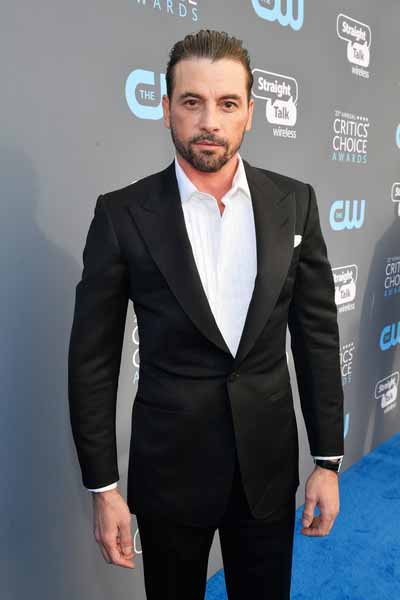 The real name of Skete is Bryan Ray Trout. His current age is 50 years, nationality is American and ethnicity is mixed. The eyes of Skete are Dark Brown and hair color is black. He has an attractive height of 6 fits which makes his personality more charming. Skeet has a complementary weight of 77 kg.