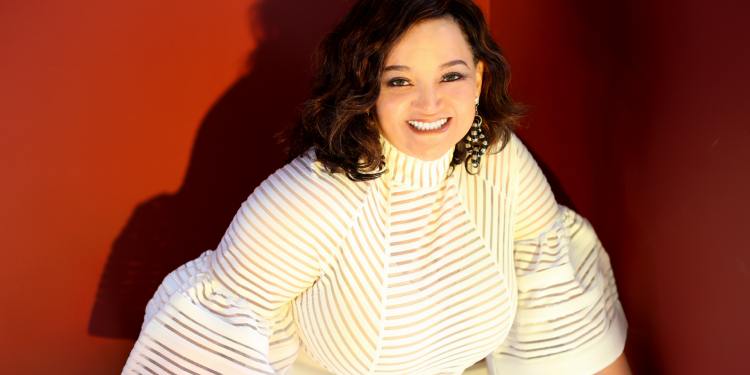 Stacy Lattisaw is an American R&B singer who has had several hit songs in the United States. Let Me Be Your Angel, Love On a Two-Way Street, and Miracles are three of her moderate hits on the US Hot 100 chart.

Stacy Lattisaw’s body measurements show that she is of average height and weight. She has kept her height and weight a secret from the media. Similarly, Stacy’s hair is brown, and her eyes are grey.

At the young age of 12, she released her first album for Cotillion Records in 1979. Van McCoy, a record producer, directed it. She rose to prominence after collaborating with Narada Michael Walden, a former drummer.

Between 1981 and 1986, she had several R&B chart-topping albums under his guidance. She also opened for the Jacksons on their Triumph Tour in 1981. Lattisaw, meanwhile, continued to record until the late 1980s, signing with Motown Records in 1986. With her duet partner Johnny Gill, she had her only #1 R&B album. ‘Where Do We Go From Here’ was the title of the song.

Following that, she has only performed gospel songs. Her official website stated that she was working on a gospel CD. Her career as an artist was documented on the TV One docu-series Unsung in 2010, in which she also starred.

In the year 1990, she was honored with a Soul Train Award for Best R&B/Urban Contemporary Album – Female. She hasn’t been nominated for or received any other honors.

Stacy Lattisaw is a married woman with two children. Kevin Jackson is the name of her husband. She currently lives in Maryland with her husband and kids. They have two kids together as well. Kevin Jr. and Kayla are their children.

They are content together, and no extramarital affairs have been recorded, and they are living happily together.

Stacy was in a relationship with Johnny Gill, her high school sweetheart, and musician, in the 1980s. The two worked on a number of hit tracks, including Where Do We Go From Here, which was a #1 hit in 1989. Perfect Combination, Block Party, Baby It’s You, and other hits were among their other hits.

Stacy and her family were dissatisfied with Johhny Gill and BET’s television movie The New Edition in 2017 due to its depiction of Stacy. Johhny revealed in the made-for-television film that their separation was due to his dark skin.

This accusation was later on denied by Stacy’s brother Jerry. He stated that they don’t care about his skin complexion and Stacy and Johnny separated for different reasons.

What is Stacy’s Net Worth?

Stacy Lattisaw’s net worth is estimated to be around $2 million. She may make a lot of money from her job, but she hasn’t disclosed her earnings or wages. She has undoubtedly made a considerable amount of money during her musical career.