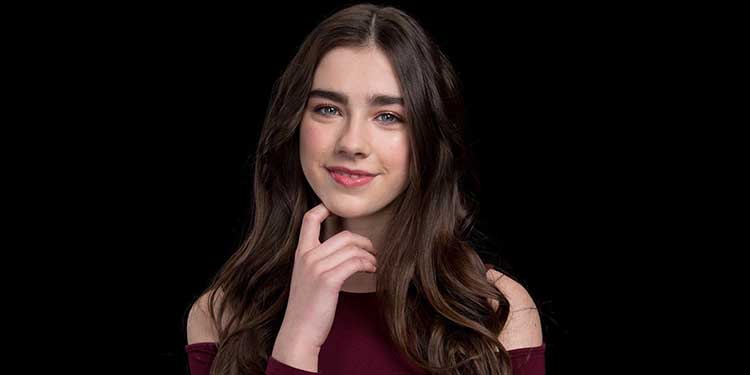 Sterling Jerins is an American actress who started her career in the entertainment field as a child artist. As both of her parents were artists, she had exposure to the industry from her young age. Likewise, she worked in the show business when she was just seven years old. She rose to fame when she portrayed the role of Lily Bowers in the opera TV series, ‘Deception.’ Moreover, she received more prominence when she starred in supernatural horror film series, ‘The Conjuring’ as Judy Warren. Additionally, Jerins has also received various nominations and awards for her acting skills.

Sterling Jerins holds an American nationality. She belongs to white ethnicity. Information about her religious background is not made public. Besides, she stands at a height of 5 feet 0 inches (1.52m/152cms) and weighs around 40kgs (88lbs). Moreover, she possesses a slim body type with a pair of blue-colored eyes and dark-brown hair color.

This horror film received good reviews and well responses from the critics and audiences. Furthermore, Sterling reprised her role of Judy Warren in the supernatural horror film, ‘The Conjuring 2’ in 2016. This is the second film of ‘The Conjuring’ film franchise. This film also received good reviews from critics and audiences. It accumulated more sum of money worldwide compare to the first installment film. She then starred in the titular role of the independent film, ‘Daisy Winters’ in 2017. Similarly, she also had the role of Christine in a horror film, ‘Boarding School’ in 2018.

Her upcoming movie is ‘The Conjuring: The Devil Made Me Do It which is the third installment of ‘The Conjuring’ film franchise. She has reprised her role of Judy Warren and the film is set to be released on 4 June 2021. The movie was directed by Michael Chaves and starred Patrick Wilson, Nicky Buggs, Vera Farmiga, Mark Rowe, and many more.

Sterling Jerins landed her debut television role in an episode of romantic comedy-drama series, ‘Royal Pains’ as Gina in 2011. She then appeared in five episodes of the prime-time soap opera TV series, ‘Deception’ as Lily Bowers in 2013. From 2016 to 2019, she had a main role in the comedy-drama television series ‘Divorce’ where she played the role of Lila DuFresne. It had a total of 24 episodes with 3 seasons. She played alongside Sarah Jessica Parker and Thomas Haden Church. Furthermore, she recently appeared TV series is ‘Almost Family’ in 2020 where she played the role of Olivia in three episodes.

Sterling Jerins is in her mid-teens. It is believed her she is currently single. Moreover, there is also no information about her previous relationship. She is focusing on her career and studies.

What is Sterling Jerins’ Net Worth?

Sterling Jerins earns from her acting career. Her estimated net worth is $1.5 million as of 2021.