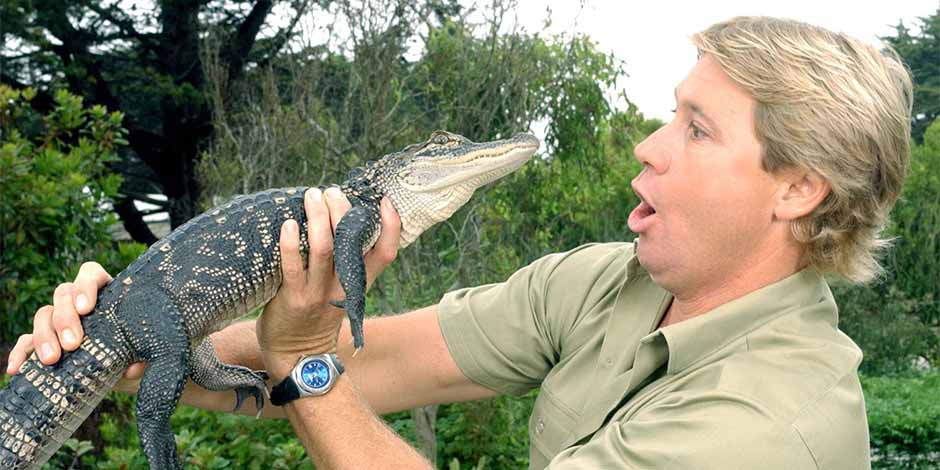 Steve Irwin was one of the most loved celebrities of his time. He had immense respect for nature and the animals living in it. He loved wildlife but reptiles fascinated him the most. He was catching snakes at an early age. He was amazed by crocodiles. He used to help relocate small crocodiles into a safer area when he was young. He was actively working towards environmental conservation and conservation of endangered animal species. He used to spread awareness about the loss of habitat and its adverse effects. He actively spoke against poaching and prompted people to not support such activities.

Steve achieved worldwide success through this wildlife documentary. He was the host of the show alongside his wife Terri. They also owned a zoo in Australia named “Australia Zoo”.

He and his wife also appeared on many other shows like “Croc Files” and “The Crocodile Hunter Diaries”.

His death left the whole world devastated. Everyone was left with the feeling of grief. Many parks, streets, and zoos have been named after him as a tribute and show of respect for him.

Steve Irwin’s full name is Stephen Robert Irwin. He was born to parents Bob and Lyn in Essendon on the day of February 22, 1962. His father and mother both were nature enthusiasts.

Irwin caught a Common Brown which is a poisonous snake when he was just six years old.

He started helping his father catch small crocodiles at the age of nine.

In 1991, Irwin was tasked to look after the park’s management. He renamed it to Australia Zoo in 1998. 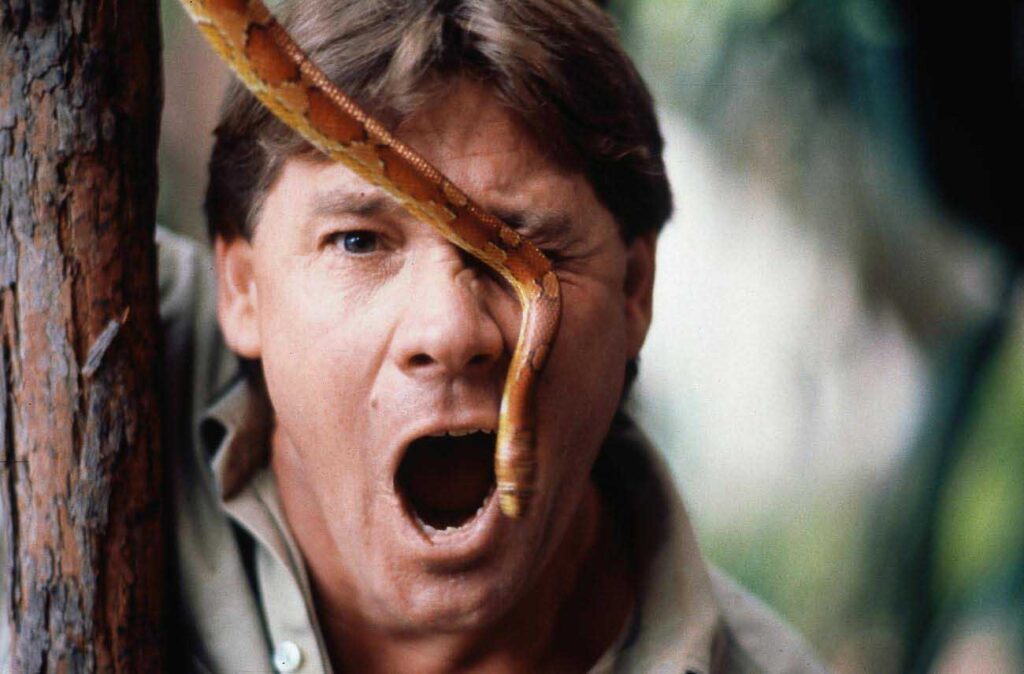 The family gave him the park in 1991. Immediately after this, he took the duty of managing the park.

In 1992, Irwin and Terri went on a crocodile hunt instead of going on a honeymoon. This work/vacation was made into the fire episode of “The Crocodile Hunter”. The show was widely appreciated and lasted for. 5 seasons.

In 1997, Irwin discovered a new turtle species and named it Elseya Irwin.

In 1998, Irwin renamed his family-owned park to “Australia Zoo”. Due to Steve’s popularity, the zoo was doing great.

He started the “Steve Irwin Conservation Foundation” in 2002. The foundation aimed at making people aware of endangered wildlife. The foundation was later renamed “Wildlife Warriors”. The same year, Steve along with his wife appeared in the film “The Crocodile Hunter: Collision Course”.

In 2004, he was a part of a controversy. The controversy was created when Irwin was feeding raw chicken to a crocodile with his son Robert in his other hand. At that time, Robert was a month old.

In 2006, he and his wife had made a ten-year plan to make the zoo better and have a sustainable future for it. This. Was a crucial decision for them and it helped continue the wildlife conservation efforts. But unfortunately, Steve passed away only after 2 months. He died while filming the documentary titled “Ocean:s Deadliest”.

Steve was able to grow the Australia Zoo over 80 acres and it housed more than 1000 animals by 2007. 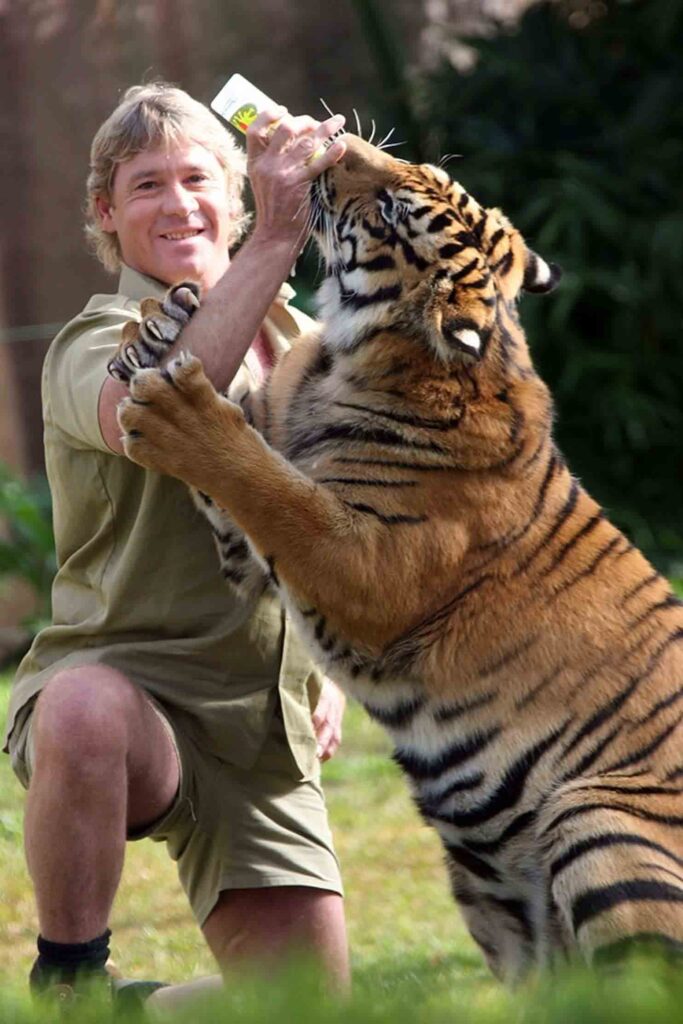 Steve received a Centenary Medal in 2001 for his service towards conservation and tourism.

In 2004, he was nominated for the “Australian of the Year” award.

In 2007, Irwin was inducted in the Logie Hall of Fame.

Steve was posthumously honored with the Queensland Great Award in 2015.

Irwin married Terri Raines on June 4, 1992. Raines is an American naturalist. Irwin and his wife didn’t wear wedding rings as it posed a threat to the animals and was a possible hazard.

They were blessed with two beautiful children Bindi Irwin and Robert Clarence Irwin. Both of his children are as enthusiastic about wildlife as their father was.

Bindi was in the process of making her own show at the time of her father’s death. 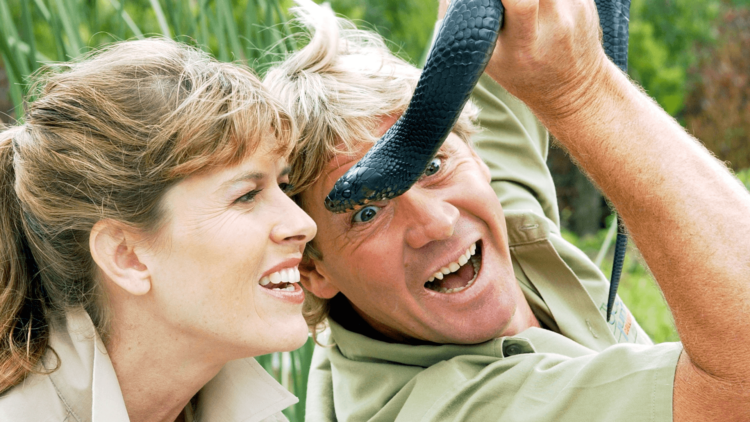 Steve Irwin’s death came as a major shock to the world. He passed away on 4th September 2006. He died when he was filming in Great Barrier Reef after a stingray barb impaled his chest and punctured his heart causing massive trauma.

Irwin was buried at Australia Zoo on 9th September 2006.

Steve Irwin’s net worth is estimated to be around US$ 10 million as of September 2020. His family continues to carry his legacy and move it forward.

Steve Irwin was more than just a Tv personality, he worked for the betterment of nature and wildlife. His contributions to spreading awareness of the importance of wildlife and its preservation along with the actions he took for them are immense and unforgettable.