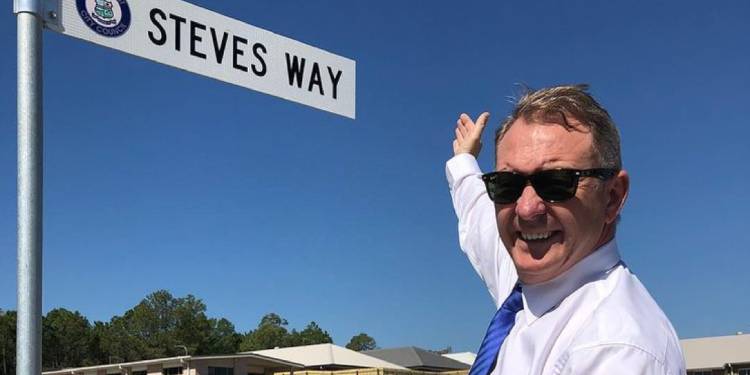 Steve Titmus is a famous Australian journalist. He is an award-winning journalist currently handling the position of a newsreader, presenter, producer, and reporter for the Seven Network of Australia. Furthermore, he is also famous as the father of the Olympic gold medallist, Ariarne Titmus. Please stick with us to know more about the journalist, his life, biography, and more.

Titmus was born on 26 August 1963 in the beautiful island states of Tasmania, Australia. Unfortunately, not much information is available regarding the details concerning his early life at the moment. This includes the identity details of his parents and the whereabouts of his siblings. Besides this, he is currently 58 years old with the zodiac sign of Virgo.

Steve is an Australian by nationality, and he belongs to the white ethnicity. However, he descends from Tasmanian ancestry through his parents’ side. Besides this, he has not shared the details of his religious views and practices at the moment.

Talking about his education, he has not revealed anything about his schooling-level education. However, for further studies, he enrolled at the University of Tasmania. He graduated with a degree in Business Administration.

Furthermore, he was also a member of the project management program at the Australian Productivity Council. In addition to this, he also took part in the local government business excellence program at SAI Global.

Steve Titmus has not publicly revealed his exact height, weight, and body measurements at the moment. However, judging by his looks, we can tell that he has a fairly average body physique. In addition to this, his eyes are blue, and his hair is brown.

Titmus’s professional career began in the year 1988. His first job was that of a sports journalist at the Seven Network Limited in Adelaide, Australia. He handled the job for over three years and won numerous awards like Cricket Tasmania and AFL Tasmania’s Journalist of the Year Awards.

He joined Southern Cross Television in December of 1991, where he worked as a news presenter and a senior journalist for over ten years. During his time with the team, the news program was also the number one rated news service.

Later, Steve went on to work as a manager and a senior consultant at Corporate Communications in July 2002. Furthermore, he has also worked with WIN Television for almost three years in his career.

In addition to this, he has also had a brief journey of less than a year with TasWater and HIA Limited, where he worked as a communications specialist and branch manager, respectively.

Currently, Steve is handling the Master of Ceremonies (MC) position at Titmus Communications. He began his job with the company way back in 1991 and is still working with the team. In addition to this, he also joined the Seven Network team in July 2016 to work as a news producer.

As of now, he has moved up the ranks to handle numerous jobs, including news reading, presenting, reporting, producing the Seven Local News Queensland for the Seven Network. Moreover, he is also co-anchoring the 7NEWS Gold Coast alongside Amanda Abate.

Their elder daughter Ariarne is a professional swimmer, and she has competed in the Olympics. Not only did she compete, but she was also the recipient of two Olympic gold medals and a silver and bronze medal each. Thus, the family is living a happy life together in their residence. In addition to this, he also has a son named Christopher Titmus from his past relationship.

Net Worth of Steve Titmus

Steve is a very famous personality and is a familiar face in the news industry. However, despite his immense popularity, he has chosen not to share the details concerning his exact earnings and net worth.

Without a doubt, he is earning a decent amount of fortune throughout his career, but the actual figure remains a mystery.