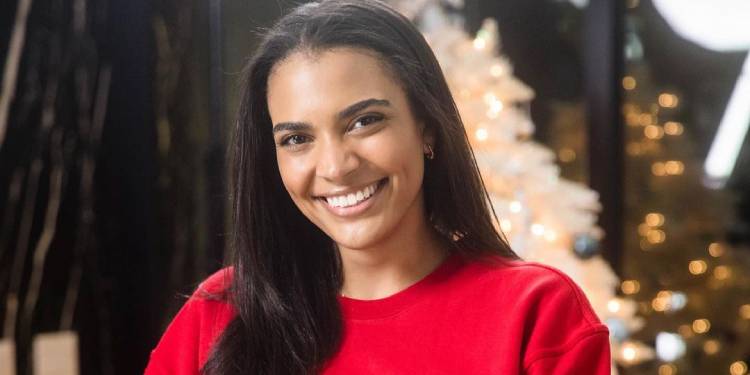 Twitch broadcaster and model Sydeon is African-Swedish American. Fans knew her as Neytiri before switching to Sydeon in November 2020.

Astonishingly, Sydeon has kept her relationship status a secret despite having a significant fan base. She most likely is not dating anyone at the moment. She might be more focused on establishing a successful career for herself than committing to a relationship. However, in September 2020, she relocated to Los Angeles. Also, she acquired her dog Crash Bandisnoot on January 4, 2022.

Sydeon is a well-known cosplayer, YouTuber, Twitch streamer, and TikToker from the United States. On January 2, 2019, she started formally streaming content on Twitch. Pokimane presented Quarterjade, Masayoshi, and Sydeon as new OfflineTV members during Pokimane’s stream on November 19, 2021. On September 24, 2021, she announced on Twitter and Instagram that it had become the first gaming partner of StockX.

She even uses social media to advertise forthcoming Twitch streams and share cosplay images. In addition, she routinely converses with her admirers and reacts to various videos. She is a frequent YouTube user. Also, she releases several gaming videos as well as vlogs each month. On the OfflineTV trip to Japan in July 2022, she posted daily travel vlogs about their adventures there. Furthermore, she participates in current TikTok trends and uploads amusing short films to the service.

Also, she is the only OTV talent among several streamers in the OTV circle to have started a handle update during their streaming careers. Others include: Starsmitten (Cerineity), Valkyrae (Legend of Rae), Ash (Ash_on_LoL), DumbDog (LastGreyWolf), and Plushys (Ash on LoL) are some of the others.

Along with Valkyrae, Starsmitten, QuarterJade, and Ottomated, Sydeon is one of several streamers from Washington state. She declared that Alolan Vulpix is her favorite Pokémon in a webcast from September 2021. In addition, she discusses how she frequently thrifted her clothing in one of her Japan-related vlogs, emphasizing her love of environmental sustainability.

Disguised Toast, Sydeon, Masayoshi, Kkatamina, and Aria Saki are part of Pokimane’s well-known streamer collective. In a video, the group members played a game of credit card roulette and kept making purchases until they maxed out the card.

In response to the same video, Disguised Toast provided some behind-the-scenes information. Then, an OTV user revealed a Discord exchange where Sydeon mentioned getting her bodyguard new footwear. Because of this occurrence, viewers were curious about Toast’s bodyguard status. He clarified that security was with every OfflineTV participant in the video.

She was born on June 11, 1997, in Seattle, Washington, the United States of America. Her actual name is Sydney Parker. She is 24 years old. She is a Gemini by birth and is spontaneous and incredibly adaptable. Her parents raised her in the country where she was born. Her ethnicity is multiracial, and she belongs to the American nation. Also, sources claim that she holds a nursing degree. Sydeon is a Seattle native. She is of West African and Swedish ancestry and is half black and half white. She is not a Swedish speaker.

The main revenue streams for Sydeon include YouTube, social media partnerships, sponsorship, and contributions. According to multiple online sources and sites, we can assume that her net worth is $2 million.

Sydeon is five feet eight inches tall. She stands out in the modeling industry thanks to her tall figure. She maintains herself well and weighs around 58 kg. Her hair and eyes are both dark brown.