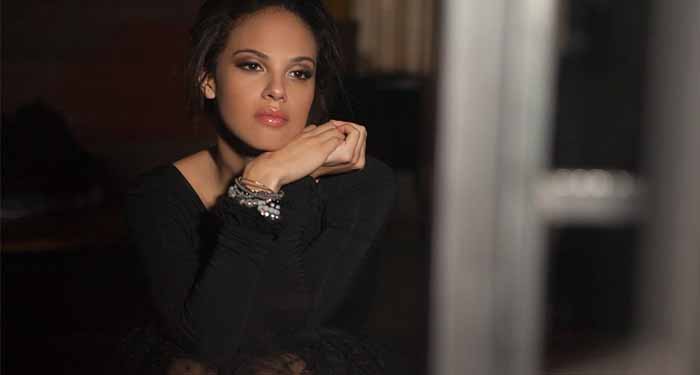 Tattiawna Jones is a well-known Canadian television as well as a theatre actress. She is best known for her excellent performance in The 100 as Simone Lightbourne VII in 2019. She is also known for her prominent roles in Lost in Space (2019) as Ava, Eyewitness (2016) as Kamilah Davis, Strange Empire (2014-2015) as Isabelle Slotter, and The Handmaid’s Tale (2017-2018) as Lillie Fuller.

Tattiawna has a slim build of height 5 feet 6 inches or 1.68 m. She hasn’t disclosed information about her weight. Her body measurements are not known. Her shoe size and dress size are also not known. The color of her eye is dark brown, and her hair is dark brown as well.

Her zodiac sign is unknown as her birth date and month are unknown. Her nationality is Canadian. Her ethnicity is White.

It is not known as to where she did her high school. However, after the completion of high school, she attended York University. She graduated from her university with a Bachelor’s degree in Fine Arts in Acting. We will update this section as soon as more information is found about her education.

Tattiawna Jones made her movie debut in 2010 in Ice Castles, where she played the character of Melissa. She is also known for acting as Mayor’s Assistant in 2014’s Robocop.  In 2013, she was cast as Angie in Tru Love.

She also played the character of Denise in Dragged Across Concrete in the year 2018. Her new movie is named The Broken Hearts Gallery, where she is going to play the character of Dr. Amelia Black. The film is currently in the post-production phase.

She first appeared on television in 2009 in Unstable as Store Clerk. She had a prominent role in Flashpoint, where she played the character of Winnie Camden from 2009 to 2012. In 2011, she appeared in Lost Girl as Daphne in ‘Mirror, Mirror.’

She had a recurring role in The L.A. Complex, where she portrayed the character of Dawna. She was also seen in Murdoch Mysteries as Louise Butler in 2013. Furthermore, she did an excellent job acting in Strange Empire (2014-2015) as Isabelle Slotter.

She got famous for her role as Lillie Fuller in The Handmaid’s Tale from 2017 to 2018 ( Starring Elisabeth Moss, Ann Dowd, Joseph Fiennes, Yvonne Strahovski, Ann Dowd, Max Minghella, Alexis Biedel, and many more). Similarly, she was also cast as Simone Lightbourne VII in 2019 in The 100. In addition, she had a recurring role in Lost in Space in 2019 as Ava.

In this American dystopian tragedy TV show, she has brilliantly portrayed the character of Lillie Fuller. The show was created by Bruce Miller and starred Elisabeth Moss, Joseph Fiennes, Yvonne Strahovski, Alexis Bledel, Madeline Brewer, Ann Dowd, O.T. Fagbenle, and many more. It has three seasons and a total of 36 episodes.

Tattiawna Jones is a talented actress. She has been nominated for Screen Actors Guild Awards for Outstanding Performance by an Ensemble in a Drama Series for The Handmaid’s Tale in 2018. Hopefully, she will make her fans proud by winning numerous prestigious awards in the future.

What is Tattiawna Jone’s Net worth?

Tattiawna Jones has been working in the movies and television industry since 2008. She is still actively present in the entertainment industry. She has earned a decent amount of money working in several films and television. She has an estimated net worth of a whopping $500,000.

There are Twitter accounts (@TattiawnaJones) and Instagram accounts (@tattiawnajones) with 2,746 followers and 129 followers. However, we cannot speak for the validity of the accounts as they are not verified.