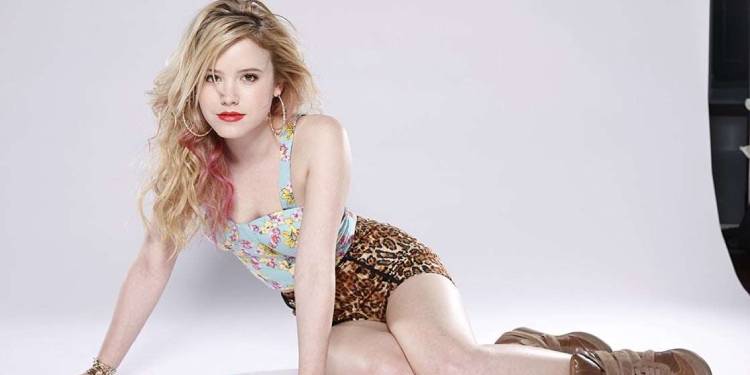 Taylor Spreitler is a popular American actress. She is famous for playing the role of Mia McCormick. She portrayed this role in the American television sitcom ‘Days of Our Lives.’ She has also landed a remarkable role of Lennox Scanlon in another sitcom, ‘Melissa and Joey.’ Please stick with us to know more about Taylor and her biography.

Taylor Spreitler’s full name is Taylor Danielle Spreitler. She was born on 23 October 1993 in Hattiesburg, Mississippi, the United States of America. Her mother’s name is Denise Spreitler, and her father’s name is Danny Spreitler. She grew up alongside her sister, but the sister’s name remains a mystery at the moment. She moved a lot during her childhood as she was born in Hattiesburg, spent most of her childhood in Wiggins, and then shifted to Amory.

Taylor Spreitler has been active since she was a child. She even won a state-level beauty and talent competition at the young age of six. She was a student of Abeka Academy and used to study from home when she was pursuing her schooling level education. Everything was going great for the young talent until 2016. Her father, unfortunately, committed suicide on 7 July and took his own life after suffering from depression.

Since Taylor Spreitler was born in the United States of America, she holds an American nationality and belongs to mixed ethnicity. She descends from English, Scottish, and German ancestry through her parents’ side. Talking about her religion, she has not publicly mentioned her religious views and practices at the moment. Besides this, she is currently 27 years old with the zodiac sign of Scorpio.

Taylor Spreitler stands at the height of 5 feet and 2 inches (1.58m/158cm) tall, and she weighs around 53kg (116lbs). In addition to this, she has a slim and well-maintained body figure with a body measurement of 34-25-36 inches, respectively. Furthermore, the color of her eyes is light brown, and the color of her hair is blonde.

Taylor gave her debut as a professional actress in the year 2005. She played the role of Chloe Sellers for an episode of the American crime drama television series ‘Law and Order: Special Victims Unit.’ Following this, she played the role of Alice in the 2007 short movie, ‘All Souls Days.’ The breakthrough moment of her career came in the year 2009.

She played the role of Mia McCormick for 139 episodes of the American television sitcom ‘Days of Our Lives.’ She appeared alongside actors like Linsey Godfrey and Drake Hogestyn. Later, she played the recurring role of Lennox Scanlon for 104 episodes of another sitcom, ‘Melissa and Joey.’

Another one of Taylor Spreitler’s most remarkable works came in 2015 when she appeared as Hannah Green in the American drama movie ‘Girl on the Edge.’ People loved her performance when she played this role, and she also won two awards with a nomination.

Taylor Spreitler is currently in a relationship with her boyfriend, and his name is David Antonsson Crivello. She introduced her boyfriend to her fans through her Instagram account. Before this, she used to date Dylan Patton, a model, and actor. Besides this, she has not married anyone yet, nor does she have any children.

Net Worth of Taylor Spreitler

Taylor earns from her professional career as an actress. She has landed a lot of remarkable works in the industry, and people love seeing her performance. In addition to this, she has also been successful as an actress.