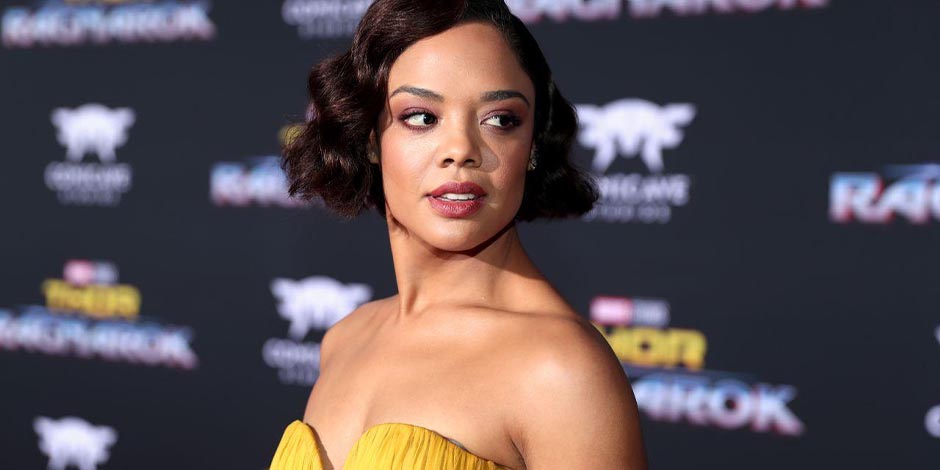 Tessa Lynne Thompson is one of the multi-talented celebrities of an America where she is well known as an actress, producer, singer, and songwriter who was actively working from 2002 to now.

Tessa Thompson was born on October 3, 1983, in Los Angeles, California, the U.S as a daughter of father Marc Anthony Thompson who is used to be a singer-songwriter as well as the founder of the musical collective Chocolate Genius, Inc which is a musical collective where Marc Anthony Thompson started it. She also had one half-sister whose name is Zsela, and she is also a singer and a songwriter. Her full name is Tessa Lynne Thompson, and she spent her childhood in Los Angeles and Brooklyn, New York. 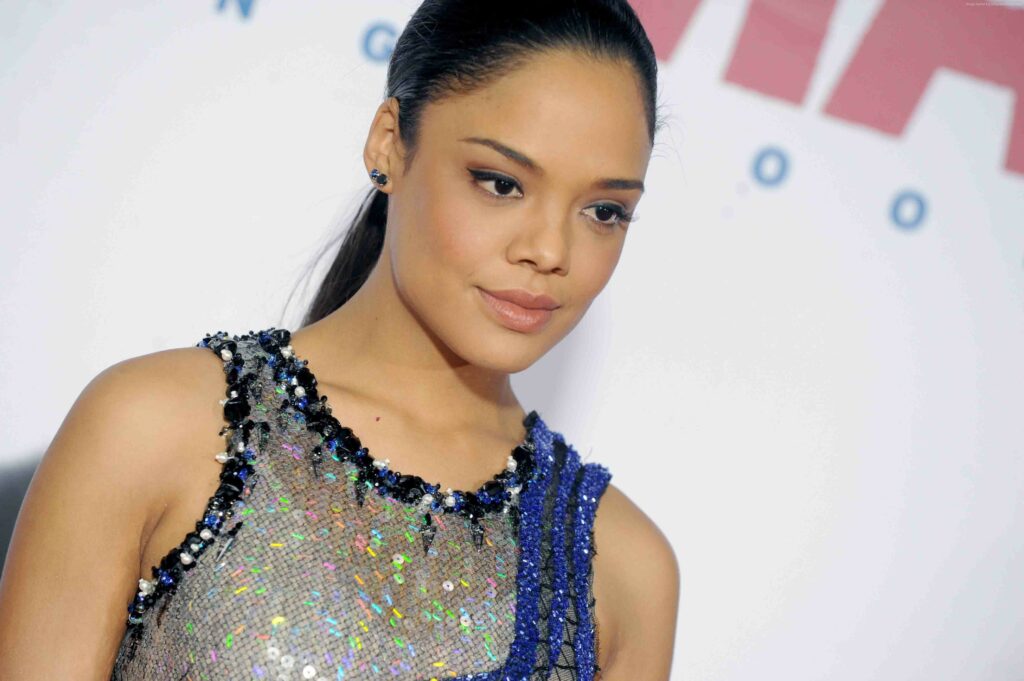 In June 2018, Tessa Thompson stated that she liked both men and women, but she was not ready to accept the bisexual label.

As Tessa Thompson was born in Los Angeles, California, U.S holds an American nationality, and she is of Panamanian ethnicity, where her father is from Afro Panamanian descent. Her mother has white and Mexican ancestry, and her religion was Christianity. She is now 37 years with a height of 5 feet 4 inches (163cm/1.63 m) and her weight is 55 kg. Her body measurement is 34-25-36, and she had got dark brown eye color with black hair color.

Thompson joined Santa Monica High School for her high school study where she used to play Hermia’s character, which is the fictional character from Shakespeare’s play, “A Midsummer Night’s Dream.” Later, she appeared in Santa Monica College (SMC) and she used to study cultural anthropology. She also joined the Lisa Wolpe lectures of the Los Angeles Women’s Shakespeare Company (LAWSC). 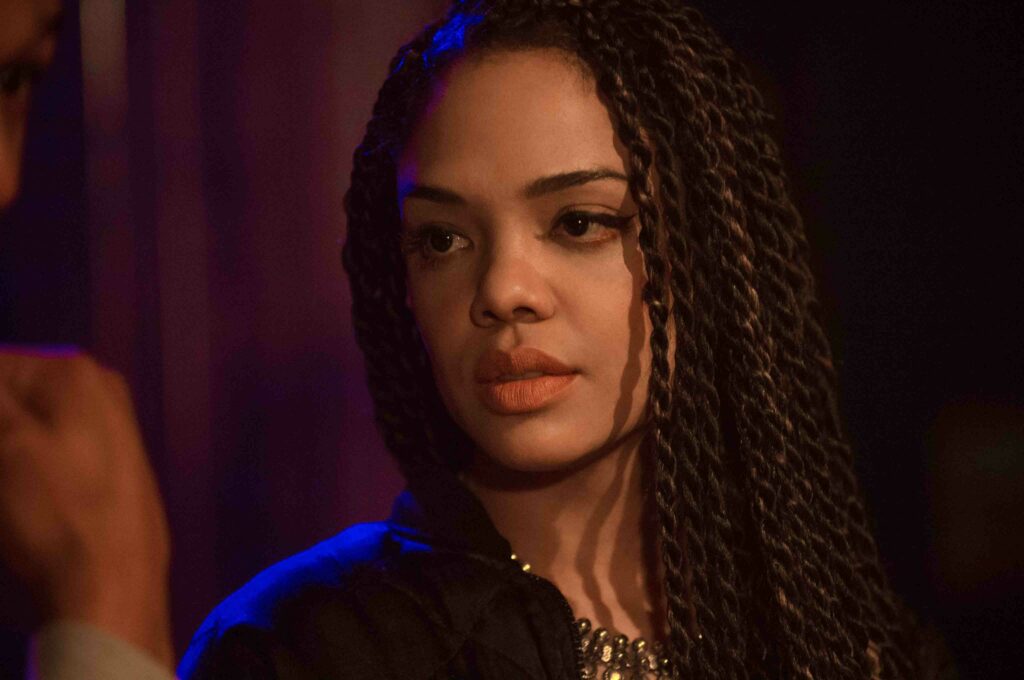 Tessa Thompson started her professional career by appearing in the LAWSC’s production of “The Tempest” which was the play by William Shakespeare, where she was seen playing Ariel’s role, which is known as a spirit character in 2002. Later, she was also seen playing the role of Juliet in Romeo and Juliet: Antebellum New Orleans, 1836, and it was performed in The Theatre @ Boston Court in Pasadena, California. After playing her role in the act, she was able to earn a nomination for the NAACP Theatre Award.

Also, she was seen in several short-lived dramas and movies “Hidden Palms” as a Nikki Barnes, in the film “Make it Happen” in 2008, in the series Life as well as in “Private Practice”. She had also seen in season four of the series “Heros.”

After that, Tessa Thompson was seen in the stage play, an adaptation of “For Colored Girls,” where Tyler Perry’s stage was in 2010. Later, in the same year, she was seen in the drama series “Detroit 187” as a wife of the detective and she was seen playing the guest role in the series “666 Park Avenue” in 2012, and in 2013 she appeared on BBC America’s first original series Copper.

Later, in 2014 she played in the comedy “Dear White People” as Samantha White and seen in the historical drama movie “Selma” as a civil rights activist Diane Nash. Besides, she played in the film “Creed” and in the short film “The Grand Romantic,” which was only 28 minutes movie in 2015.

After that, she had played in the HBO science-fiction drama series ”Westworld,” where her role was is a board director Charlotte Hale in 2016. Then, she was seen in the play “Smart People,” which was at the Second Stage Theatre in 2016. 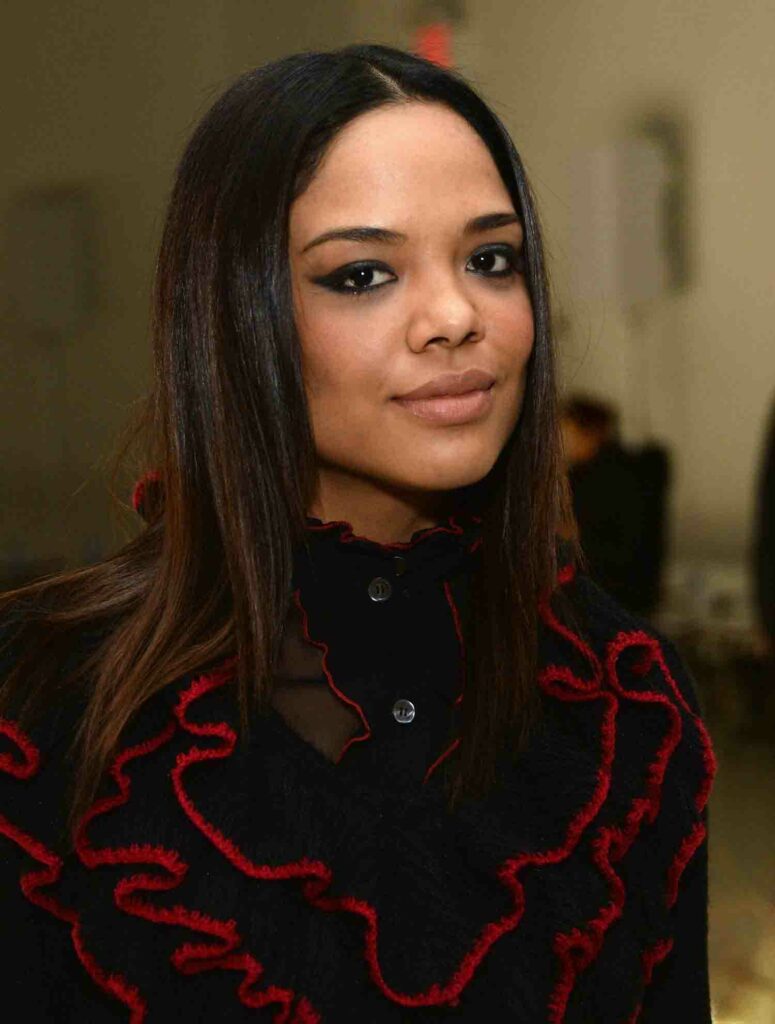 Tessa Thompson was offered in Marvel Cinematic Universe superhero movie “Thor” as a Valkyrie in 2016, and it was released in 2017, November 3. Later, she was seen doing the science fiction horror movie Annihilation, released in 2018, February 23. Besides, she had also played a role in the science-fiction comedy movie “Sorry to Brother You” and was released on July 6 of 2018. After that, she was seen repeating her role as Bianca Taylor in the drama sequel movie “Creed II”. “Creed II” movie was released in 2018 where they received lots of good feedback and made a strong box office return.

In 2019, Tessa Thompson stated that she would see repeating her role as a Valkyrie in the superhero movie “Thor: Love and Thunder” and would be the MCU’s first central LGBT character.

Later, in 2020, the series “The Left-Right Game,” which is the sci-fi podcast series where Tessa Thompson gave her voice to the lead character and co-produced it. After that, she was seen in the drama movie “Sylvie’s Love”, which premiered at the Sundance Film Festival. Further, she would be seen playing the drama movie “Passing”.

Tessa Thompson was a singer-songwriter where she used to be a member of the Los Angeles-based indie electro-soul band “Caught A Ghost.” She is also part of the sound tracts for both Creed and Creed II, wherewith producer Moses Sumney; she had also performed and co-wrote the different types of song.

Being a popular girl from America, Tessa Thompson estimated net worth is $4 million.