The Baby from ‘Baby’s Day Out’ Today 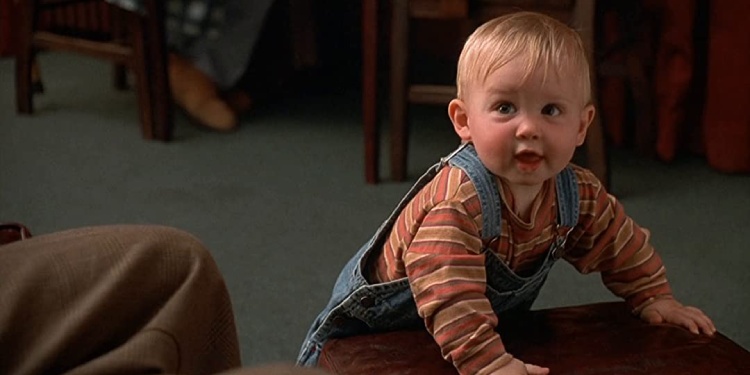 ‘Baby’s Day Out’ is one of the movies from the 1990s that we all saw and enjoyed as kids. The movie premiered in the year 1994 and the director of the movie is Patrick Read Johnson. The movie features two robbers trying to abduct a cute baby from a wealthy family. But the kidnappers are unable to capture the baby as he finds his escape time and time again through various funny means. But the critics criticized the movie a lot and also reviewed it poorly. Please stick with us to know more about what went down behind the scenes.

Where is the Baby Today?

Actually, there are two babies who played the role of Bennington Austin ‘Bink’ Cotwell IV in the movie. The movie chose two identical twin brothers, Adam Robert Worton and Jacob Joseph Worton for this role. The brothers were born on 16 November 1992 and they were only 2 years old during the shooting of the movie. Surprisingly, the brothers have not appeared in a single movie following their roles as Bink. Adam Robert Worton has not talked much about his career. But we do know that Jacob Joseph Worton is a hotel management student and he is in the cooking and food industry. Both the brothers are currently 28 years old with the zodiac sign of Scorpio.

Was the Movie Financially Unsuccessful?

Despite the viewers enjoyed watching the baby stroll through the streets of Chicago avoiding the kidnappers hilariously, it was unable to do well commercially. The movie had a budget of $48 million but after its release, it was able to gross only over $30 million. The movie was a commercial failure. Rotten Tomatoes scored the movie with only a 20% rating and the critics have also reviewed it poorly with 3.89 as an average rating.

Their reason for such poor reviews was simple. They said it was too risky as it contained real streets and real equipment which could have harmed the child actors. Though the final picture was funny, all the stunts performed were not funny according to the critics. The movie was unable to grow even when Verne Troyer performed most of the dangerous stunts. He was an American actor who had a genetic disorder called Cartilage-Hair Hypoplasia. This resulted in him standing at a height of only 2 feet and 8 inches (81cm) tall.