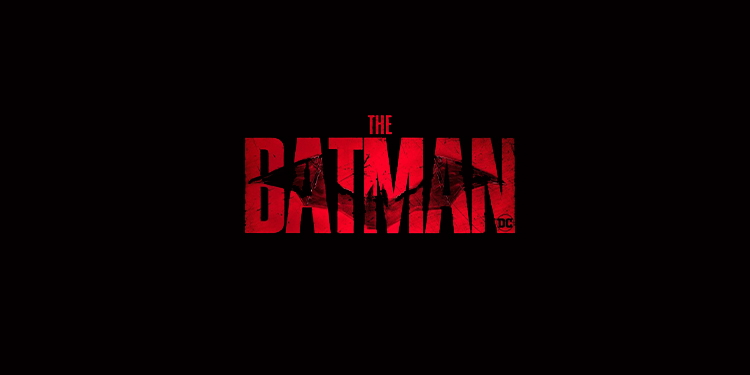 The long-awaited DC movie that had everyone waiting is finally on its final stages of production, following a long halt because of the COVID 19 pandemic. The Batman, a standalone movie based on DC Universe‘s Batman, packs a unique story focused on Bruce Wayne and his endeavors in Gotham city.

A DECADE OF WAIT

Played by Robert Pattinson, the movie has already struck a buzz amongst the franchise fans, and we all are excited to see this new iteration of the caped crusader, delivering justice and restoring peace across Gotham.

Not counting Batman v Superman, which didn’t actually focus only on Batman himself, this is the first standalone Batman movie in a decade, with The Dark Knight and the sequel The Dark Knight Rises coming back in 2008 and 2012, respectively. Played by Christian Bale, it is considered one of the best portrayals of Batman ever and the iconic Joker played by Australian actor Heath Ledger is something that is simply not going to repeat itself. Unfortunately, Ledger passed away before the movie’s release but was posthumously awarded the Oscard Awards and the Golden Globe Award for his acting.

Director Matt Reeves initially had two people in his mind for the cast, Robert Pattinson and Nicholas Hoult, who did have previous superhero experience as Beast in X-Men. But after much debate on social media, Pattinson was eventually cast as Batman a few weeks later, making it his first superhero movie. However, the ‘Twilight’ star did play a vampire in the franchise, which was a great success.

It was reported in the Deadline in 2019 that Pattinson would be joined by Jeffrey Wright, who is playing Commissioner Gordon. As Catwoman, often seen as Batman’s romantic interest and an anti-hero, in the DC comics, is Zoe Kravitz. And the cast for the central antagonist role of The Riddler is Paul Dano.

Jumping abroad the Batman train, Paul Dano, who will be playing The Riddler, is set to redefine the character in itself. Initially offered to comedian Jonah Hill, the role of The Riddler was previously played by actor Jim Carey. However, Jonah Hill could not agree with the WB Production Studios; thus, the role eventually landed on Paul Dano’s lap.

As The Penguin, we have Andy Serkis, who was recently confirmed as the role’s artist by director Matt Reeves. While previously there had been rumors about Colin Farrell and Andy Serkis both vying for the role, we really can’t believe that we will be seeing Andy Serkis known for the franchise ‘Planet of the Apes‘ and ‘The Lord of The Rings‘ under all that makeup as The Penguin.

The production house has already released the trailer for the movie, and we can see that the film primarily focuses on the Batman vs. Riddler rivalry. It’s brutal, action-packed, chills-inciting, and revealing, all packed in an action-filled reel that is set to thrill the fans by providing them with just what they’ve been expecting.

In the trailer, Robert Pattinson can be seen both with and without his Batman mask, so we know exactly what to expect before entering the theaters. There has also been a sneak peek into the Riddler and the Penguin, who is there to make it all the more exciting. Thanks to Matthew Reeves, we know what to expect from this Riddler, played by Paul Dano, and it is nothing like what Jim Carey did with the character.

“Paul Dano plays a version of the Riddler that no one has ever seen before… what he is doing is going to blow people’s minds,” said director Reeves in a DC Fanmeet event.

The director also touched on the interactions between so many Batman characters coming together for the latest showdown following the character reveal.

“How all these characters connect was one of the really interesting things about writing this movie,” said Matt.

Judging from the teaser, Matt Reeves’ version of Batman and his gadgets don’t seem to be super hi-tech or sci-fi-looking. However, instead of tacky gimmicks, he has chosen to go with a muscular American-style V10 car and motorcycle that makes the movie even more palpable.

Although the movie will not premiere until next year, the shooting has already wrapped up, and the team is currently in the post-production stage. We have seen the trailers and teasers that the WB Studios has put out, and it certainly lives up to the standards of the last Batman movie, The Dark Knight series.

The release date has been shifted a lot lately. Initially set for an October 2021 release, the movie is now set to arrive at the theaters on March 4, 2022. We are sure the long wait will be justified by the cast and the production quality of the movie.

SETTING OF THE MOVIE

Since the teaser was released almost a year ago, we have learned a lot about the movie that is set to release next year. We understand how the Riddler prods and pokes at both Batman and Commissioner Gordon, leading them to investigate a murder or possibly a series of murders, leaving behind clues and riddles for them to solve. The film’s plot is set in the early years of Batman as a caped crusader, so we don’t actually expect everything to go fine and dandy for the dark knight.

“It’s early, and Batman’s still a vigilante,” the director said. “The people of Gotham wonder, ‘That guy sounds a little dangerous.’ He’s not yet the symbol of hope… He’s still a growing legend. People wonder whether he exists. It’s one of the things he will confront in the story.”

We hope that the crime-fighting vigilante finds his way into the people’s hearts as a savior of the city. “I wanted to do not an origin tale, but a tale that would still acknowledge his origins, in that it formed who he is.”, Reeves added in an interview with Nerdist. “The idea is we go back to Year One,” Reeves explained. “Year One is the beginning; it’s the first appearance of this masked vigilante (Batman) that states to unsettle the city.”, he continued.

Warner Bros. has also confirmed that there will be a spin-off prequel series to the movie released on HBO. Casey Bloys, HBO Max content chief, revealed that the series would crossover with the film. There is a possibility the same cast is seen on both small and big screens, making it a more fluid and interlinked transition between the two productions, making it more palatable for the audience.

“Matt Reeves is obviously a producer on ‘Gotham City PD.’ We don’t want to reserve characters just for films or for TV. So there should be kind of some fluidity between them. So that is the idea. I mean, we’re in the very early stages on that. So I don’t want to suggest that anyone character will be. But yes, that is, generally speaking, that is the idea, that there will be a crossover.”, he said in an interview with The Wrap.

The date of the release of the spin-off series has yet not been revealed. While this doesn’t exactly confirm that we’ll be seeing Pattinson as Batman on the small screen, it’s still exciting to find out that the film and series will be interconnected to this extent. Also, it could be possible that it might have slipped his mind but, we think that the HBO Content Chief actually revealed the title of the spin-off: Gotham City PD.