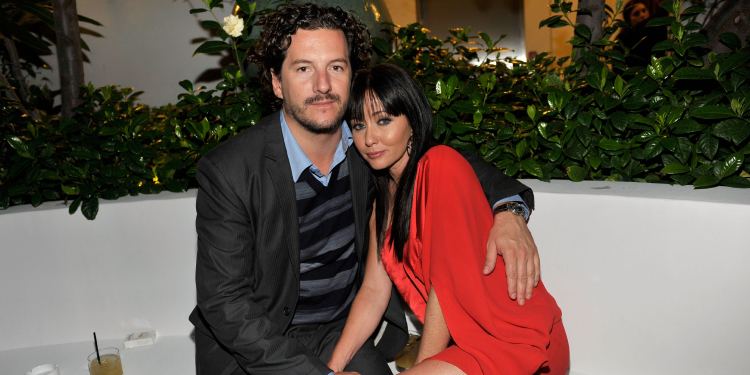 Shannen Doherty’s full name is Shannen Maria Doherty. She is a well-known American actress. With her debut roles coming as Jenny Wilder in the historical drama series ‘Little House on the Prairie’, she has appeared in numerous other movies and series in her career. She has had a successful career as an actress and is also the recipient of numerous awards like two Bravo Otto Awards and one Webby Award.

Shannen Doherty has also stolen the spotlight through her romantic involvement. She has exchanged her wedding vows with three different personalities. Her first marriage took place on 11 October 1993. She married Ashley George Hamilton, an American actor, comedian, and singer-songwriter. He is also the son of the American actor George Stevens Hamilton. However, their marriage did not last long as they parted ways a year later, in 1994.

Following their separation, Shannen went on to date and married the American poker player Rick Salomon in the year 2002. Unfortunately, just like her previous marriage, her second marriage also came to an end after a concise period of nine months.

Shannen’s third and final wedding took place on 15 October 2011 with the celebrity photographer Kurt Iswarienko. The couple has stayed together ever since and put a lot of effort into their relationship. Please stick with us to know more about Kurt Iswarienko and his truth.

You might want to check out Why Bruce Boxleitner and Melissa Gilbert Separated.

Shannen has had a lot of ups and downs in her health condition. Back in the year 1999, her medical reports showed that she had Crohn’s disease. Likewise, she had breast cancer in the year 2015. She had to undergo several treatments to try and break the tumour down. She opened up about choosing lumpectomy instead of mastectomy to start her treatment. However, this was not possible due to the presence of a large number of tumours. Later, she had no options but to under a single mastectomy treatment in 2016. In addition to this, she also had to undergo chemotherapy and radiotherapy because the cancer was very advanced.

A piece of good news came from Shannen on 29 April 2017. According to a report by News AU, her cancer was in remission. However, she also added that the next five years were very crucial for her as she was not totally out of danger yet. Sadly, cancer returned on 4 February 2020, and she is currently battling the fourth stage of cancer.

During all of this time, Kurt Iswarienko stood by her side and kept her strong. According to a report by People, she even said, “Cancer solidified us. Kurt and I have a much deeper appreciation for each other now.” Instead of stressing about his wife’s illness and worrying about cancer taking its toll on their marriage, he chose to keep his wife’s morale high and was very supportive.

You might want to check out Kristen Tuff Scott.

Doherty and Kurt are stronger than ever. Before suffering from cancer, their relationship was going through some tough times. They would argue a lot and go to sleep without solving their problems. Instead, they chose not to speak with each other for a couple of days. Cancer changed them a lot, and lately, they have been supporting each other a lot.

Doherty states that she does not have to be beautiful or sexy to make her husband take notice of her. She even credits her husband for giving her strength and support. According to her, he says, “I’ve never seen someone handle something so difficult with so much grace. You’re so strong.” This boosted her confidence a lot, and she used to feel so much stronger than ever before. She considers him her “rock” in every possible manner.