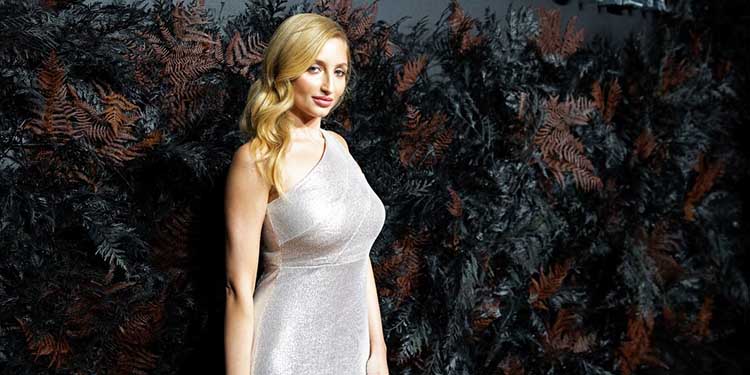 Therica ‘Wilson’ Read is a talented English actress as well as a writer. She got her name and fame after being cast as Sabrina in the popular American Netflix show The Witcher (2019). She has acted in only a few amount of movies and television shows so far. However, she is still famous for her incredible performances.

Therica was born on the 23rd of June 1993 in the United Kingdom (UK). She is a very private person. Due to this, she hasn’t revealed much information about her parents yet. She hasn’t even disclosed her parents’ names.

We will update this section as soon as new information about her early life or family members.

Her nationality is British, and her ethnicity is White. She is a devoted follower of Christianity.

There isn’t any information about her education yet. As a private person, it won’t come off as a shock if she hasn’t disclosed her education to the media yet. She is quite good at keeping her personal life private.

Likewise, Therica Wilson Read was cast as Kelly Resznick in 2018 in Suicide Club. She also acted in Profile as Stella in the year 2018. Her most notable performance was in the popular Netflix series The Witcher as the character of Sabrina in the year 2019. Her most recent work was in 2020 in the TV series named Young Wallander as Helena’s character.

In this 2019 Polish-American fantasy drama TV show, she has brilliantly portrayed the character of Sabrina. The series was created by Lauren Schmidt Hissrich and starred Henry Cavill, Freya Allan, Eamon Farren, Anya Chalotra, Joey Batey, MyAnna Buring, Royce Pierson, and many other excellent actors. So far, the show has just 1 season with a total of 8 episodes.

Therica Wilson Read is a very private person. She has never opened up about her dating life to the public. She likes to keep her personal life private. There are no records of her past relationships. Similarly, there are also no reports of her dating anybody right now. We cannot say for sure about her relationship status.

What is Therica Wilson Read’s Net Worth?

This 28 years old actress has been working in the movies and television for the better part of a decade. She has been able to earn a huge amount of money working in the entertainment industry. She is estimated to have a net worth of around $1 million.

There are social media accounts under her name, but we don’t know if they are her official accounts because they are not verified. There is an Instagram account (@thericawr) with 44.3K followers and a Twitter account (@ThericaWR) with 3,075 followers. These are supposed to be her social media, but we can’t speak for their validity.