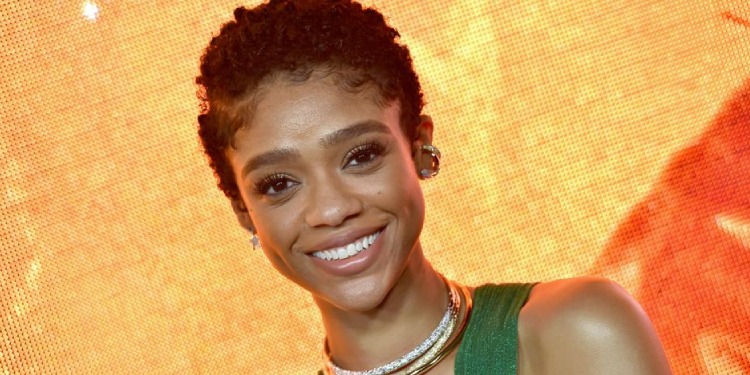 Tiffany Boone is an American actress. She is well-known in the entertainment industry for portraying the role of Roxy Jones in the American drama streaming television series ‘Hunters.’ In addition to this, she also landed a remarkable position in the American crime thriller television series, ‘The Following.’ In this series, she played the role of Mandy Lang. She recently got involved in a controversy in the year 2020. Please stick with us to know more about the controversy.

Who is Tiffany Boone?

Tiffany Boone was born on 27 August 1987 in Baltimore, Maryland, the United States of America. She has not yet shared the identity details of her parents at the moment. However, we do know that her mother raised her on her own. This is because her father was sadly murdered in the year 1991. She was just three years old when her father passed away. She has not shared any information about her siblings, so she was most probably raised as a single child. Besides this, she is currently 33 years old with the zodiac sign of Virgo.

Tiffany Boone holds an American nationality, and she belongs to the black ethnicity. Moreover, she descends from African-American ancestry. Besides this, there is not much information available about her religious views and background at the moment.

Tiffany Boone stands at the height of 5 feet and 2 inches (1.57m/157cm) tall, and she weighs around 55kg (121lbs). Besides this, she has not mentioned her exact body measurements to the public. She appears to have a slim body figure, however, based on her looks. In addition to this, she has a pair of dark brown eyes color and black hair color.

Tiffany Boone has not shared any information about her schooling years with the public. However, we know that she studied at the California Institute of the Arts for further studies. She completed her education from there.

Why Did Tiffany Leave ‘The Sky’? What Happened?

Tiffany was also a cast member of the American drama television series ‘The Chi.’ She played the role of Jerrika for 16 episodes in the series. The position was going well for her, and she was mainly receiving positive reviews for the part. But things took an unfortunate turn in the year 2020. She claimed that a co-star sexually abused her, and his name is Jason Mitchell. She mentioned that it was not her intention to leave the show, but she had to do it out of compulsion. She complained about Jason’s behavior numerous times to the HR department, but she said nothing was ever done to correct the situation.

Later, the team wanted to make the working environment comfortable and safe for female characters. As a result, the show fired Jason Mitchell. In addition to this, his management, lawyer, and agent also dropped him.

Who is Tiffany Married Too?

Tiffany Boone is currently engaged to her fiance, and his name is Marque Richardson. He is an American actor. He is well-recognized for portraying Kenneth’s role in the American fantasy horror drama television series ‘True Blood.’ They had not shared any details regarding how they met or when they met, but we know that the lovebirds dated from a long time ago. After dating for a long time, Richardson finally proposed to her in the year 2020. Besides this, They haven’t married yet, nor do they have any children.

Tiffany earns from her professional acting career. She is undoubtedly hardworking and is making a handsome amount of fortune. As of 2021, she has an estimated net worth of around $500,000 to approximately $1 million.

For more updates and exciting content regarding your favorite celebrities, please stay connected with us at Celebsgraphy.