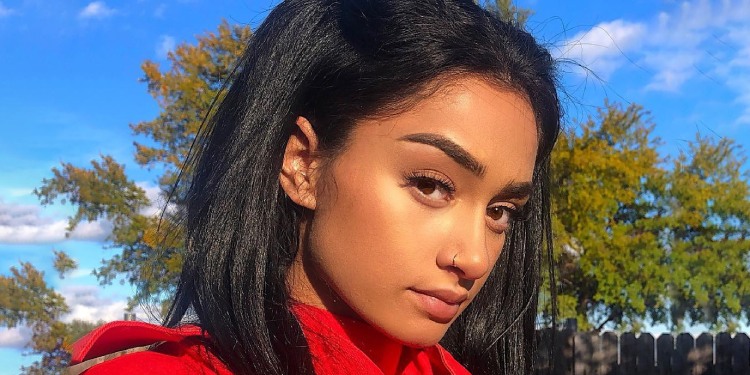 Tina Woods is an American YouTuber who is best known for her vlogs and vines. She is also a famous social media personality and a former Viner. To learn more, detailed information about Tina’s life is given below.

Tina was born on May 25, 1999, and was raised in Keller, Texas. She is American by nationality, follows white ethnicity and Christianity religion. Tina is a Gemini as per her zodiac sign.

Tina Woods initially believed that becoming famous at 14 would give her enough time to think about what she wanted to do with her life. Even so, after graduation, she still knew nothing about her future goals.

According to Tina, although she has extraordinary artistic abilities, she refuses to make promises in life. However, Tina enjoys watching movies and feels that she could become an actress in the future. She also likes things behind the camera, such as directors and editors.

She is the single daughter of her parents and lives with her father. Her full name is actually Kilisitina Woods; however, she uses her nickname Tina so often that most of her fans do not know her real name.

Unfortunately, Tina has not disclosed the name of her parents. Regarding her education, there is a lack of information about her academic qualifications and educational institutions. Also, the details of her high school are not revealed.

Tina started her social media career through her vine account. She released her first film Vine, in October 2013, and her Vine account is called “Too Turnt Tina.” In these 6-second short videos, Tina clearly knows how to make every second of the video meaningful.

And in early 2014, it became trendy in applications with over a million fans. She publishes mainly videos about the average life of high school students.

Likewise, most of her videos feature comedy content. In addition, her films are very much associated with everyday life, and many teenage viewers often associate their lives with movies. But after vine stopped working, Tina switched from creating vine to Youtube.

Tina has made friends with online video stars such as Drew Phillips and Steffan Argus. She opened her channel on January 26, 2014, and has over 58 videos on her TooTurntTina channel.

Likewise, her videos have over 35 million views and over 869,000 subscribers on her channel. She mainly publishes content such as the movies “QnA,” “Makeup haul,” every day, and “Fashion haul.”

In addition, she has also published films such as “Taco Bell Haul,” “Cindy in Tiny Make-up,” “Dye your hair pink and orange!” and “School Advice.”

Likewise, the most popular video on her channel is “a very disappointing makeup tutorial.” She released the video on May 17, 2016, and has been watched over 2.7 million times.

Likewise, her films such as “StoryTime: They Robbed Me At School?”, “What’s On My School Tag,” “5 Minute Makeup Challenge”, “My Typical Work Vlog,” “Dyeing My Hair Pink and Orange!”, “My Night / Skin Routine,” “Update Disappointing Day Makeup,” and “Tina’s Life Vlog # 2 + Fight After School?” There are over a million views on these videos.

In addition to making videos on her channel, Tina has also established contacts with multiple brands through her Instagram account. She received sponsorship from Disney, Vans, and many other brands.

Similarly, Tina is passionate about fashion and frequently posts fashion-related videos to show her passion for fashion. In addition, she designed and released her own fashion collection in 2014.

Currently, Tina Woods is not in a relationship and is single as she has not disclosed any information about his last love life.

Tina is straight, presently single, and has no connection with anyone. Moreover, she is also focused on her career and has no romantic ties with anyone.

Tina Woods earns from her career as she is a YouTuber and social media personality. Therefore she earns her income from YouTube and also gains sponsorship used on his Instagram account.

The net worth of Tina Woods is estimated to be $ 100 thousand to 1 million, according to the different sources available on the net.