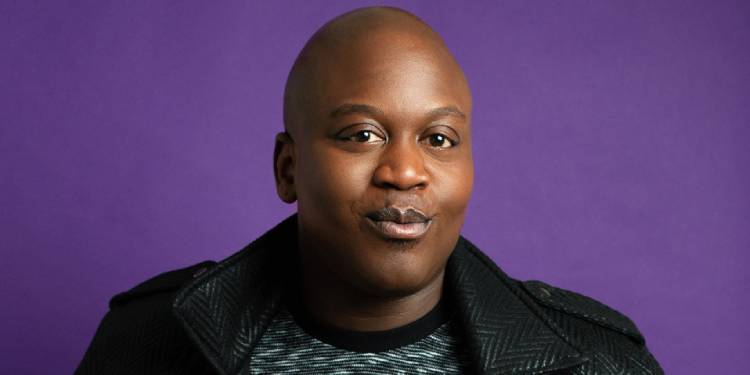 Tituss Burgess is an American actor and singer. He is well-known for his immense contribution to Broadway musicals. Burgess has a very high and classical voice, and the fans love and adore him for his voice. In addition to this, he is immensely popular for the portrayal of the role of Titus Andromedon. He played this role in the comedy sitcom ‘Unbreakable Kimmy Schmidt.’ Please stick with us to know more about his career and life.

Tituss Burgess was born on 21 February 1979 in Athens, Georgia, the United States of America. His mother’s name is Sandra Burgess Morse. But he has not yet revealed his father’s name. Likewise, information regarding his siblings also remains behind the curtains. Besides this, he is currently 42 years old with the zodiac sign of Pisces.

Tituss Burgess holds an American nationality and but has not yet revealed his ethnicity. Besides this, he has not shared the exact details of his ancestry at the moment. Likewise, his religious views and practices also remain a mystery.

Tituss stands at the height of 5 feet and 11 inches (1.80m/180cm) tall, and he weighs around 75kg (165lbs). He has an average body build, with his chest measuring 43 inches and waist measuring 33 inches. Likewise, the measurement of his biceps is 14 inches. In addition to this, Tituss Burgess has a pair of black eyes color with a bald head.

Tituss studied at the Cedar Shoals High School and completed his schooling from there. He developed an interest in acting from a young age and actively participated in school plays. For further studies, he studied at the University of Georgia. He graduated with a Bachelor of Arts degree in music from the institution.

Tituss gave his debut performance in the entertainment industry in the year 2009. He narrated an episode of the series, ‘Schoolhouse Rock!’ and portrayed Mr. Z for two episodes of ‘The Battery’s Down.’ Tituss Burgess is also a singer alongside his acting career. He has released numerous songs and albums throughout his career. His first-ever recording was ‘Jersey Boys‘ in 2005.

The breakthrough moment of his career came in the year 2015. He was cast for Titus Andromedon in the American television sitcom ‘Unbreakable Kimmy Schmidt.’ He portrayed this role for over five years and 52 episodes.

Likewise, he also appeared as a panelist in the game show ‘Match Game.’ He has also hosted the show ‘Dishmantled’ and ‘Sing On!’ in 2020. In the same year, he also voiced the character of Cole Tillerman in the musical sitcom ‘Central Park.’

He has released his debut solo album, ‘Here’s To You‘ in 2006, and a studio album, ‘Comfortable‘ in 2012. Moreover, Seaview Theatrical Company also announced that he would portray Remy alongside Adam Lambert and Ashley Park in the crowdsourced TikTok musical, ‘Ratatouille the Musical.’

Tituss Burgess has won four Primetime Emmy Award nominations in his career. The Critics Choice Award, Dorian Award, and Broadway.com Audience Award have also nominated him. In addition, he is the recipient of the Best Actor Award of Webby Award for his work in ‘Unbreakable Kimmy Schmidt.’ Moreover, he also won the Gold Derby TV Award’s Best Supporting Actor Award for the same.

Tituss Burgess earns from his professional career as an actor and singer. He has certainly managed to amass a handsome amount of fortune for himself. As of the year 2021, he has an approximate net worth of $5 million.

Tituss Burgess is openly gay. He struggled to confess his sexuality and finally built courage and told his mom during his college days. His mother supported his sexuality, and this gave him the confidence needed to admit it openly. He is in a relationship with his boyfriend, and his name is Pablo Salinas. He had not shared much information on how they met and when they met. But he stated that they are very close to one another and are so in love. They are also living together in their residence in Harlem. Besides this, he has not married yet, nor does he have any children.

You might want to check out Jacob Jules Villere.