Thomas ‘Jeffrey’ Hanks is an extraordinary American actor as well as a filmmaker. He is best known for his incredible performances in movies such as Saving Private Ryan (1998) as Captain John H. Miller, Catch Me If You Can (2002) as FBI Agent Carl Hanratty, The Terminal (2004) as Viktor Navorski, Cast Away (2000) as Chuck Noland, The Green Mile (1999) as Paul Edgecomb and many other awesome movies. He has also won many prestigious awards.

Tom was born on the 9th of July, 1956 in Concord, California. His father’s name was Amos Mefford Hanks and his mother’s name was Janet Marylyn Frager. His father worked as an itinerant cook and his mother worked as a hospital worker. He grew up with three siblings named Sandra Hanks, Larry Hanks, and Jim Hanks. After his parents divorced in 1960, he and his two older brothers and sister lived with their father while Jim lived with his mother. They had to move a lot when Tom was still a young boy. 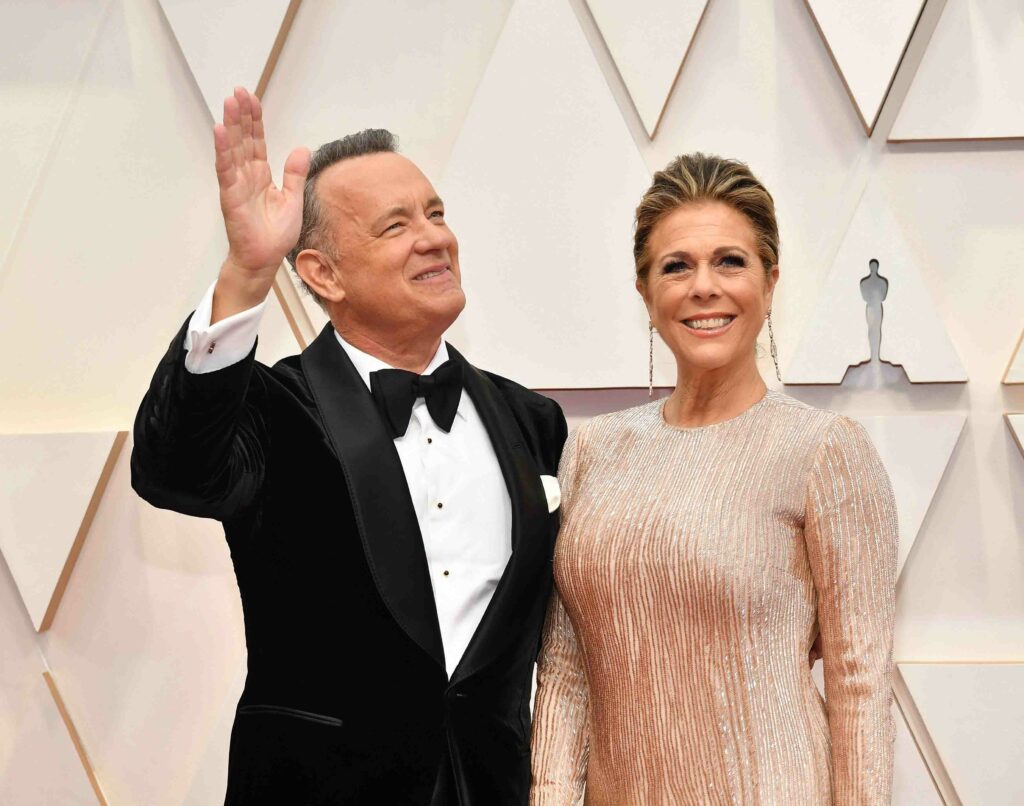 Tom is of American nationality and his ethnicity is mixed as he is of Portuguese and American descent. As a teenager, he defined himself as a Bible-toting evangelical. He is currently a Greek Orthodox.

Tom Hanks studied at the Skyline High School which is located in Oakland. After graduating from high school, he then continued his studies by enrolling at Chabot College which is situated in Hayward. He studied theatre after high school. After that, he transferred to California State University. However, he dropped out of the university later.

Tom Hanks made his movie debut in the movie He Knows You’re Alone (1980) as Elliot. After that, he did many movies and got his big breakthrough from the movies Splash (1984) and Big (1988). He got famous for his role in the movies. He got more recognition when he played the character of a below-average IQ man named Forrest Gump in the 1994’s Forrest Gump. He excellently portrayed the character in this movie. 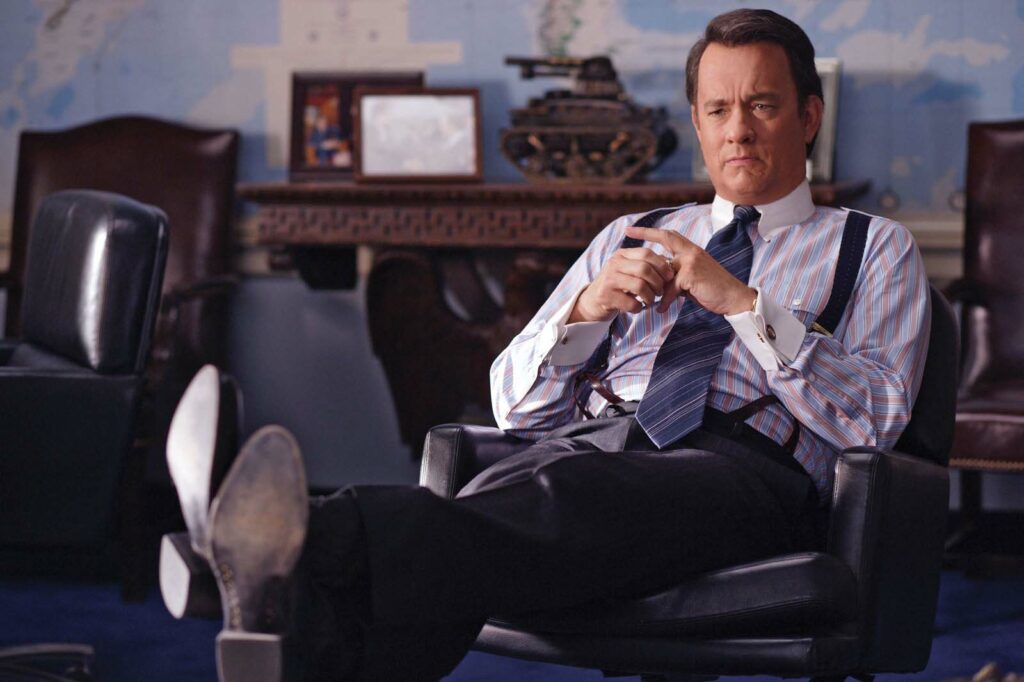 In this 1994 American romantic comedy-drama, Tom has portrayed the character of Forrest Gump and nailed it. The movie was directed by Robert Zemeckis and starred Tom Hanks, Robin Wright, Gary Sinise, Mykelti Williamson, and Sally Field. The movie did so well commercially that it grossed $683.1 million all over the world despite having a budget of $55 million. The movie is rated 8.8 by IMDb.

Tom Hanks first appeared on television in the TV series named The Love Boat where he played the character of Rick Martin. Similarly, he has played various characters in many awesome TV shows like Mazes and Monsters (1982) as Robbie Wheeling, Family Ties (1983-1984) as Ned Donnelly, Saturday Night Live (1985-2020) as Various characters, Band of Brothers (2001) as British Officer, 30 Rock (2011) as himself, Killing Lincoln (2013) as the narrator and many more.

It is no surprise that he has been nominated and won prestigious awards countless times. It is through the hard work that he has been able to win awards like Academy Awards, British Academy of Film and Television Arts Awards, Emmy Awards, Golden Globe Awards, Screen Actors Guild Awards, Tony Awards, Saturn Awards, and many more. These are just some of the awards that he has won. 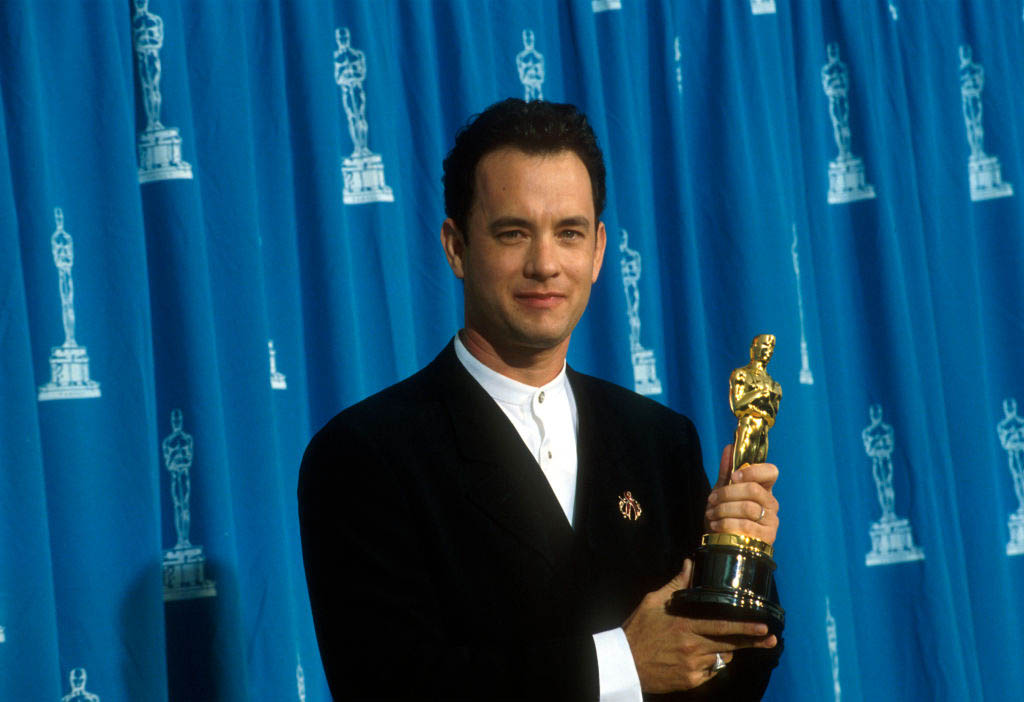 Tom Hanks has not dated many women in his lifetime. He met an American actress named Samantha Lewes and they started dating each other in January 1975. They got married on the 24th of January, 1978 after dating each other for three years. The couple was blessed with two kids named Colin Hanks and Elizabeth Ann Hanks who were born on November 24, 1977, and May 17, 1982, respectively. However, the couple separated in August 1985 and the divorce was finalized two years later in March 1987.

After that, he met Rita Wilson, also an American actress, on the set of the TV series Bosom Buddies in the year 1981. They got into a relationship in September 1985, years after meeting each other for the first time. The pair finally tied their knot on April 30, 1988. The couple was also blessed with two children named Chester Marlon Hanks and Truman Theodore Hanks who were born on August 4, 1990, and December 26, 1995, respectively.

What is Tom Hank’s Net Worth?

Tom Hanks has been working as an actor and filmmaker in the entertainment industry from 1977 to the present. He has earned a huge amount of money and has a net worth of $350 million.