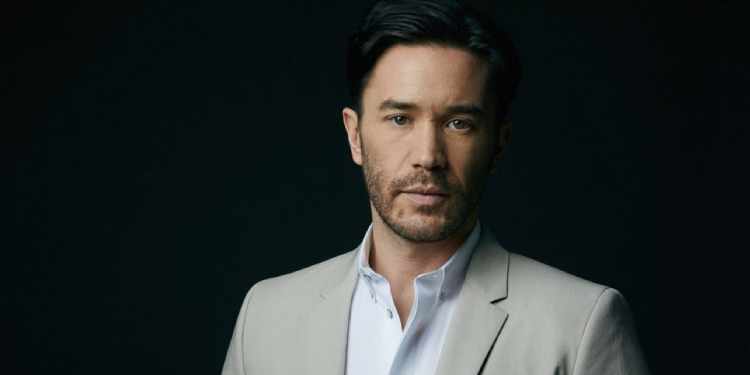 Tom Pelphrey is a popular American actor. He is best known for his performance in the hit TV show Guiding Light as the character of Jonathan Randall. He is also popular for his roles as Mick Dante in As the World Turns (2009-2010), Kurt Bunker in Banshee (2015-2016), Ward Meachum in Iron Fist (2017-2018), and Ben Davis in Ozark (2020). He has won several awards in his career so far.

Thomas was born on the 28th of July, 1982 in Howell, New Jersey, United States of America (USA). His father’s name is Richard Pelphrey and his mother’s name is Laurie Pelphrey. He grew up with a sibling named Robert Pelphrey. We will inform our readers more about his early life as soon as we know about it.

Tom Pelphrey is of American national while his ethnicity is White. His religion is also not known.

Tom Pelphrey has an athletic build of height 6 feet 2 inches or 1.88 m and weighs 70 kg or 154 lbs. The size of his chest, waist, and biceps is not known. He has a dimple on his cheeks and has a charming smile. The color of his hair is light brown and the color of his eye is hazel.

Tom Pelphrey studied at the Howell High School which was located in Howell, New Jersey. He graduated from there in the year 2000. After he finished high school, he attended the Rutgers University. He completed his studies in university in the year 2004 earning a Bachelor’s degree in Fine Arts.

Furthermore, he portrayed the character of Eric in The Girl Is in Trouble in the year 2015. He was cast as Captain Zach Andrews in Crazy Alien (2019). His latest released movie is Mank where he played the role of Joseph L. Mankiewicz in 2020.  The movie was directed by David Fincher and starred Gary Teitelbaum, Tom Burke, Ben Mankiewicz, Gary Oldman, Roslyn Cohn, Tuppence Middleton.

Tom is coming with a new movie named American Murderer as Jason Derek Brown. The movie is currently in the post-production phase.

Tom Pelphrey has done many awesome TV shows in his career. He first appeared on television in 2007 in The Bug as Douche Bag Dave in an episode titled ‘Out’. He was in CSI: Miami as Mick Ragosa. He got his big breakthrough as Jonathan Randall in the popular TV series Guiding Light.

He delivered an excellent performance in an American crime drama TV show called Ozark in 2020. He acted the part of Ben Davis really well.

In this American action television series, he has brilliantly delivered the performance by portraying the character of Kurt Bunker. The series was created by Jonathan Tropper and David Schickler and starred Antony Starr, Ivana Milicevic, Ulrich Thomsen, Frankie Faison, Hoon Lee, Rus Blackwell, Matt Servitto, Ryann Shane, and many others. The show has 4 seasons and a total of 38 episodes.

After that, he started dating an actress named Jaimie Alexander in 2018. They publicly announced their relationship in May of 2018 when they attended an event held at The Bowery Hotel. Unfortunately, the couple separated in 2020. He is possibly single right now.

What is Tom Pelphrey‘s Net worth?

The 38 years old astonishing actor has been working in the movies and television industry since the year 2004. He has been able to amass a huge fortune for himself by working in the entertainment industry. He has an astounding net worth of $12 Million. He lives a very luxurious lifestyle.