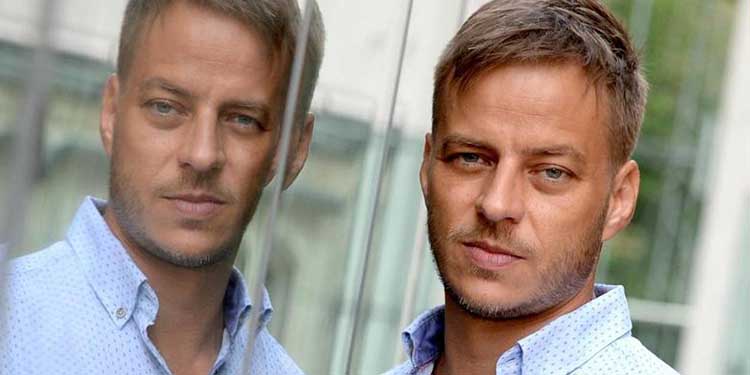 Tom Wlaschiha is a German actor and a voice actor who is well-known in the entertainment industry for the portrayal of the role of Jaqen H’ghar in the American fantasy drama television series, ‘Game of Thrones in the second season, in the fifth season, and the sixth season.

For this role, he has been awarded the CinEuphoria awards along with the cast of the show and was also nominated by the Screen Actors Guild awards in the Outstanding Performance by an Ensemble category. Another one of his most notable roles came in the year 2006 when he portrayed the role of Hermann Pikeweit in the German television series, ‘Unter den Linden – Das Haus Gravenhorst’ for over 10 episodes.

Likewise, he is also immensely popular for portraying the role of Sebastian Vollenbrinck in another German television series, ‘Eine fur Alle – Frauen Konnen’s besser’ in the year 2009. Moreover, he is also popular as Hagen Forster in the 2018 German television series, ‘Das Boot’ for which he was nominated by a German Television award and a Monte-Carlo Television Festival in the year 2019.

Tom Wlaschiha’s full name is Thomas Wlaschiha. He was born on 20 June 1973 in Dohna, Bezirk Dresden, East Germany to parents whose identity has not yet been shared by the actor. Likewise, there is no information available regarding his family background at the moment. However, it is known that he was born and raised alongside his brother whose name is Stefan Wlaschiha by his parents.

Tom Wlaschiha holds a German nationality and belongs to North European ethnicity. Unfortunately, there is no information available regarding the actor’s religious background and religious practices at the moment. Besides this, he stands at a height of 6 feet (1.82m/182cms) tall and weighs around and weighs around 80kgs (176lbs). In addition to this, he has an average body build with a pair of blue-colored eyes and brown-colored hair. Besides this, he is currently 47 years old with the zodiac sign of Gemini.

Unfortunately, there is no information regarding Tom Wlaschiha’s educational background at the moment. However, it is known that he studied in Massachusetts after being transferred there as an exchange student. In addition to this, it is also known that he is multilingual as he is a fluent speaker of English, French, Italian, German and Russian language.

His most recent work came in the year 2019 when he played the recurring role of Max Schenkel for 4 episodes of the American political thriller action television series, ‘Tom Clancy’s Jack Ryan’ or ‘Jack Ryan’. The show was directed by  Patricia Riggen, Daniel Sackheim, Dennie Gordon, and starred Mena Massoud, Rania Ettaki, Noomi Rapace, Camilo Amores, Abbie Cornish, Lara Alcantara, John Krasinski, and many more.  In addition to this, he is also set to play the role of Dmitri in the upcoming episodes of the American science fiction horror streaming television series, ‘Stranger Things.

Tom Wlaschiha was awarded the CinEuphoria Awards’ Honorary award for his work in ‘Game of Thrones’ that was shared along with the cast of the show.

Tom Wlaschiha is currently single and not involved in a relationship with anyone at the moment. There have been no rumors or gossips regarding the actor’s love life and it is assumed that he has remained single all his life. In addition to this, it is also supposed that he has never been married yet nor has he had any children.

What is Tom Wlaschiha’s Net Worth?

Tom Wlaschiha earns primarily from his professional acting career. He owns an Alfa Romeo Giulia Spider and as of the year 2021, he has an estimated net worth of around $1 million.

Tom Wlaschiha is active on social media platforms. His official Instagram account (@tomwlaschiha) has over 304 thousand followers. He is not available on Twitter nor Facebook but he sure has a lot of fan-made pages online.