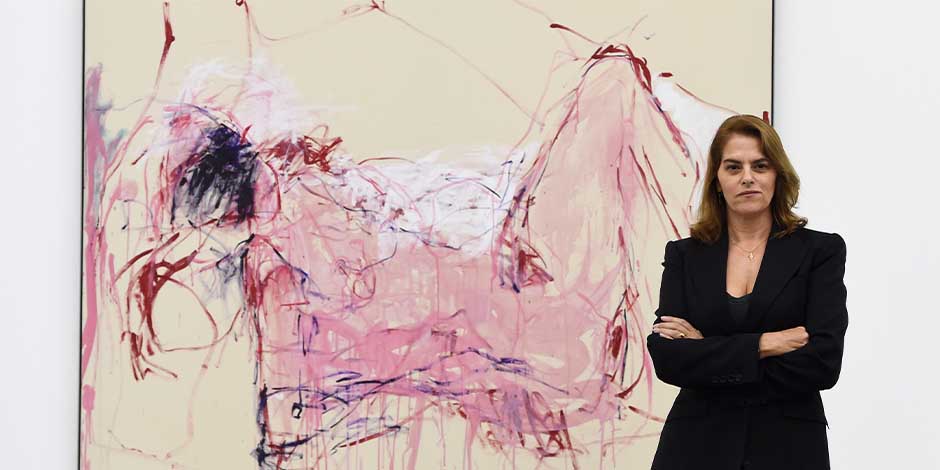 Tracey Emin is a famous English artist, where she was renowned for her autobiographical and confessional artwork. She was popularly known for her work “Everyone I Have Ever Slept With 1963-1995” and “My Bed.”

Tracey Emin was born on 3 July 1963 in Croydon, Surrey, England as a daughter of father, Enver Emin, and mother, Pamela Cashin. She has a twin brother, whose name is Paul Emin.

Tracy Emin is not in any relationship, as she had said that she is enjoying being single.

Tracey Emin holds an English nationality and had a British Romani and Turkish Cypriot descent. Emin is currently 57 years old, with a height of 1.76 meters and a weight of 53 kg. As she was born on July 3, her zodiac sign is Cancer. 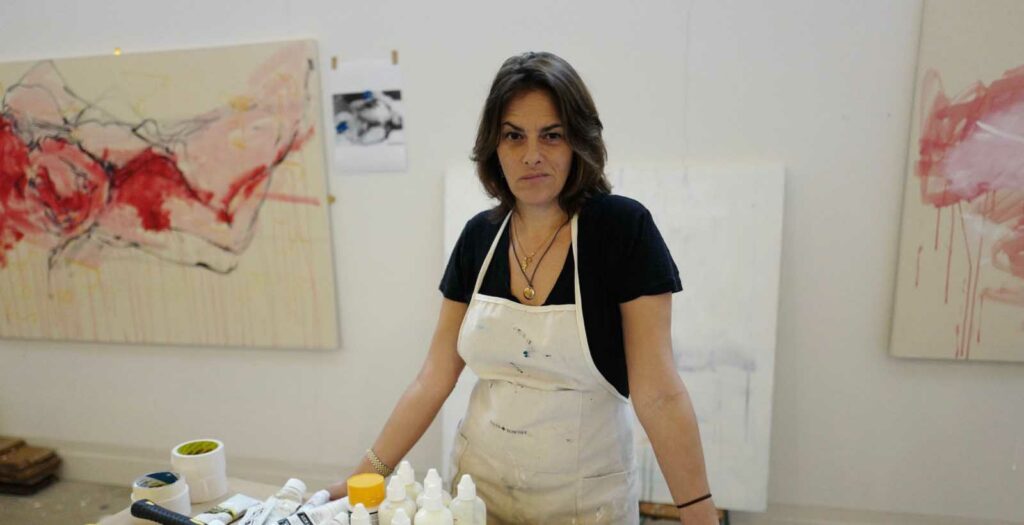 When she was at the age of 13, she was raped at an early age. Later, he went to study fashion at Medway College of Design, where she met Billy Childish. She lived in a relationship with Billy Childish till the year 1987 when she used to be the administrator for his small press “Hanman Books.” Later, she also joined Maidstone Art College in 1984, where she studied printings. After that, she went to London, where she attended the Royal College of Art, and in 1989 she was able to obtain an MA in painting.

After Tracey Emin’s graduation, she had two traumatic abortions, which made her destroy all the arts she made in her school. She also compared the period to emotional suicide. Emin had completed the painting, which survives from her time at the Royal College of Art is “Friendship,” where it was the collection of Royal College of Art. Her photographic work series, which was not destroyed by her, was kept as part of “My Major Retrospective.”

In the year 1993, in collaboration with fellow artist Sarah Lucas, they open a shop where they name the shop as “The Shop,” located in Bethnal Green. They used to sell both works.

Later, Tracey Emin attempts her solo show at White Cube, popularly known as a contemporary art gallery in London, where it was also called “My Major Retrospective.” Including autobiographical, personal photographs, all the photos that were destroyed by her in her early time, and all the items where other artists didn’t show it publicly.

After that, she used to be in a relationship with her early friend Carl Freedman. They used to spend their time together and used to travel in different places where they mostly used to spent their time by the sea in Whitstable where she turned it into her art in the year of 1999 and titled “The Last Thing I Said to You is Don’t Leave Me Here” where it was destroyed in the year of 2004 in Momart warehouse fire.

Further, Tracey Emin was seen doing an exhibition of her work, titled “Everyone I Have Ever Slept With 1963- 1995,” where she includes all the people she slept with. She mentioned her sexual partners and other relatives where she used to sleep as a child and said two aborted children in her art.

The needlework, which is known as one of the essential parts of work, was used by Emin in many of her other pieces where Charles Saatchi purchased it. In the year 1997, it became the successful 1997 Sensation exhibition at the Royal Academy of London. Later, it was toured into the places like Berlin and New York, where it was also destroyed by fire in 2004 in Saatchi’s east London warehouse. 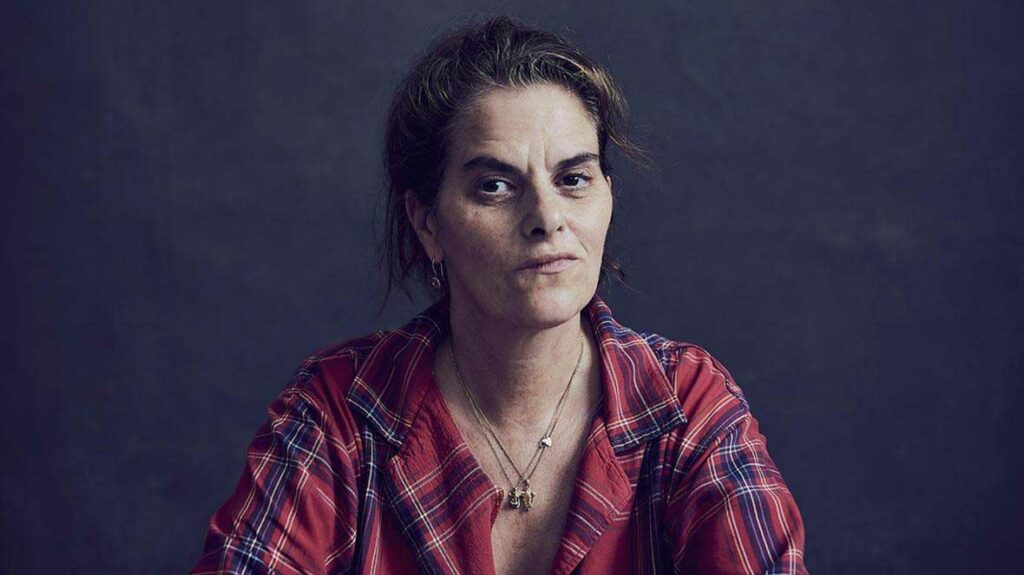 Tracey Emin was popularly known when she appeared on Channel 4 “Is Painting Dead” in the year 1997. Later, in 1999, she organized her exhibition “My Bed” at the Tate Gallery, where she earned more attention from the media.

As she was in the height of Turner Prize fame, Emin started to make numerous monoprint drawings that were influence by the public as well as the private life of Princess Diana, where; later, it was titled Temple of Diana in an exhibition which was done in The Blue Gallery, London. She had done lots of work that was related to a princess Diana wherein includes “They Wanted You To Be Destroyed” in 1999, “Love Was on Your Side,” “dress with puffy sleeves,” “The things you did to help other people.

Tracey Emin’s works were selected by Elton John and George Michael, where Michael and his partner Kenny Goss organized an exhibition titled “A tribute to Tracey Emin,” held in September 2007 at a Dallas-based museum. Later her works were praised by everyone, including celebrities, and she did lots of words as an artist.

While Tracey Emin was in a relationship with Billy Childish who was an artist as well as a musician who had poked her by telling her that her paintings are stuck and he also said that she was again stuck several time, which led to the name of the Stuckism movement in the year of 1999 but in 2001 Childish left the Stuckist movement.

Again Emin was seen organizing her solo exhibition, titled” This Is Another Place,” which was done at Modern Art Oxford, where it was done from November 2002 to January 2003.

There was an announcement in August 2006 that Tracey Emin was chosen to produce a show for British Pavilion at the 52nd Venice Biennale in the year of 2007, where she became the second woman to create a solo show for the UK.

Tracey Emin also became a part of the Royal Academy, where she had joined an elite group of artists where she had to exhibit her works up to six in a summer exhibition. 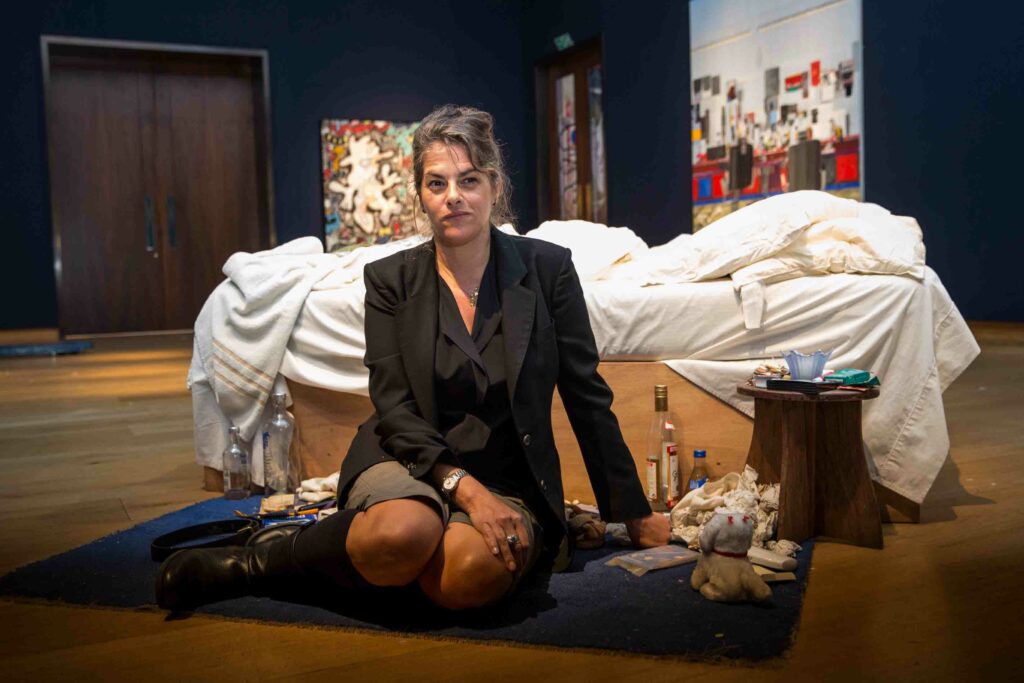 Tracey Emin’s first retrospective work was organized in Edinburgh, held from August and November, in 2008. It breaks the record for an exhibition of work by a living artist at the Scottish National Gallery of Modern Art. Her pieces like “My Bed” and “Exorcism of the Last Painting I Ever Made” were kept there.

Love Is What You Want retrospective (2011)

Emin’s all aspect of work was kept in a major survey exhibition at London’s Hayward Gallery.

Tracey Emin had also organized an exhibition at Georgian house On Fitzroy Square, where the title for a show was kept from her novel.

Further, she had done lots of painting works for which she organized lots of exhibitions and her every work had earned popularity.

The estimated net worth of Tracey Emin is above $10 million.